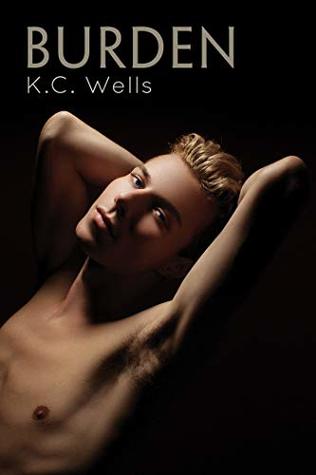 They never knew what hit them.

A hooker with a heart, falling for a Vice cop? This is no Hollywood movie, and if they want a happily ever after, it's not going to be easy.

Detective Randy Michaels is back with Vice, working to help NYC crack down on its prostitution problem. When he suspects Jesse Bryant of soliciting, Randy is torn between duty and his knowledge of what put Jesse on the streets. Jesse is clearly struggling, and he isn’t the only one. Recent events have forced Randy to question his sexuality, and a shocking encounter with Jesse plunges him into a crisis of conscience.

Jesse didn’t think his life could get any worse. His family cut all support, his education is on hold, and he’s surviving the only way he knows—selling himself on the streets. Of all the people who could have offered him a helping hand, why did it have to be Randy?

Two men carrying their own personal burdens: How long will it take them to realize that what they really need is each other?

This is the 2nd book in the Love, Unexpected series, and could be read as a standalone novel, though I believe it would have worked better for me if I had read the first book, Debt, as it touches many times on the events from that book.

Jesse Bryant is, after losing parental support and having to put college on hold, basically living on the streets, hooking to support himself but struggling to make ends meet. His friends Nico and Mitch are moving north to start their new life together after the trial against the sex trafficker is over, and while Jesse is happy for them, he doesn't want to be a burden so he doesn't tell them about his current profession.

Randy Michaels is after the trial against the owner of the illegal sex club back working Vice, tasked with keeping prostitutes off the streets. But ever since he worked in the sex club, undercover to take that sex-trafficking organization down, he's been sort of questioning his sexuality, especially since he's figured out he has feelings for Jesse.

Jesse on the other hand has no idea that Randy is having these questions - he only knows that Randy is totally straight, and that his crush on the older man, a Vice cop to boot, is useless and will not be fruitful. He's also ashamed of having to earn money the way he does, and he sure as hell doesn't want Randy to know. So he lies. The two men start to spend more and more time together, which only exacerbates Jesse's crush on Randy, and Randy's confusion about his feelings for Jesse.

I quite liked Randy's neighbor Owen, a psychologist who happens to be gay, and who was a good friend to Randy while helping him figure out his feelings, even going so far to take him to a sex party at a couple's house with whom he's friends. It's at that party that Randy realizes what... well, no... you should read this for yourself.

This is really a very sweet romance with a big dash of angst, as the two men try to figure out how to move forward. I enjoyed reading about them, though I still think that I would have gotten more out of the book if I had read the first one also. There were on occasion mentions of previous events and circumstances that were a little difficult to understand, though the author made a good effort to write this book as a standalone.

Give this a try, but read the first book first.