Today we shine the spotlight on Kim Fielding with 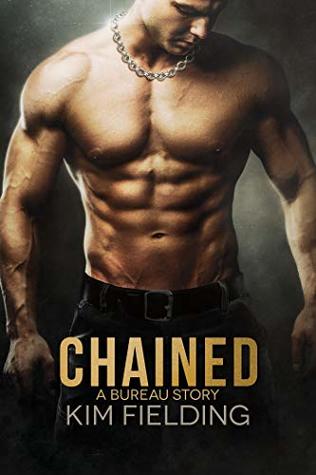 An agent for the Bureau of Trans-Species Affairs? That’s the best job in the world. And it’s enough for Terry Brandt, who doesn’t need personal relationships complicating his life. His newest assignment puts him undercover, investigating a Hollywood agent who may have some evil tricks up his sleeve.

Edge is not the man he appears to be. Although he’s a member of the Hollywood agent’s security staff, his true situation is darker and deeper than that. Ordered to seduce the new prospect, Edge finds himself caught in conflicting loyalties.

“Gonna work out,” Terry said. “Join me?”
Edge shook his head. “I’ll just come with.”
“Did we overdo it yesterday? You’re limping.”
“No.” It wasn’t clear whether Edge was answering the question or denying the limp.
Either way, Terry didn’t press it. They went down to the gym, where Edge sat on a bench and Terry ran and lifted until his limbs felt rubbery. Then they trooped upstairs.
“Want to order us some breakfast?” Terry asked. “I need to shower.”
They’d eaten all their meals together so far. At first Edge had appeared deeply uncomfortable sitting across from him, but he’d gradually relaxed. He still spoke very little, and he handled his cutlery awkwardly, glancing often at Terry as if for guidance, but he didn’t fidget in his seat anymore or ball his hands into fists when they weren’t in use.
Terry deliberately left the bathroom door open. The shower was off to the side, so Edge would have to make an effort to watch. If he did actually peek, Terry didn’t catch him at it. As the warm water sluiced over him, Terry reflected on how weird he felt about the whole… Edge situation. Obviously Terry lusted after the guy. Who could blame him? But he was also intrigued by him. And when Edge sat silently nearby while Terry swam or listened to music, Terry didn’t feel encroached upon. Edge’s presence calmed him, which was stupid and possibly dangerous. After all, Edge worked security for Whitaker, and if the Bureau’s sources were correct—and they usually were—Whitaker was up to some really bad shit. Making Edge complicit.

Unless Edge was a victim. Terry had been playing with that idea, but it didn’t make much sense. Whitaker used money and fame to bait his prey, but Edge wasn’t a movie star, and his job perks didn’t seem lavish enough to tempt anyone into Whitaker’s trap.
When the mission was complete and the Bureau stepped in, Edge’s fate would be grim. People—and creatures—who ended up in Bureau custody didn’t get court trials. Too much publicity, too much potential to scare the public. Lawyers had found some kind of constitutional loophole. If the arrestees were deemed too dangerous, someone dispatched them at once. Otherwise they were shipped off to a special prison in eastern Nevada, a place that made an ordinary supermax prison look like a pleasant vacation spot. A place where nobody was ever paroled or released.
Terry dried off and pulled on a pair of underwear. It covered more of him than his swimming briefs, and Edge had already spent plenty of time eyeing him in those. Yet when Terry emerged from the bathroom and smiled at Edge, who was sitting in the armchair, Edge’s eyes widened and his pupils dilated. Although Terry knew very little about him, he was at least confident that Edge wanted him as badly as he wanted Edge. But he didn’t know what to do with that knowledge.
“Breakfast coming?” Terry pulled a T-shirt out of a drawer; he was almost out of clean clothes. Edge had said he could call for laundry service any time, and that was handy. Terry hated doing laundry.
“Yes.”
That amounted to a complex conversation with Edge.
Terry put on the tee, a pair of jeans, and socks, and then he started some music on the stereo. Purple Rain, which wasn’t Prince’s newest album but was, in Terry’s opinion, his best. Terry perched on the edge of the bed. “Will you be at Mr. Whitaker’s shindig tonight?”
Edge shrugged. Christ, his eyes were always soulful, but today they were downright haunted. Terry had a ridiculous compulsion to chase away those shadows and replace them with light. “Can I tell you about my first boyfriend?” That might not cheer Edge up, but it would pass the time, and it was a story that was safe to tell.
“Okay.” A flat tone, as always, yet Edge leaned forward just a little. Good. 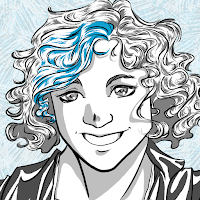