Retro Review Tour: On Hands and Knees by Sai Fox

Book Title: On Hands and Knees

It is the first book of a series, with additional books due to be released in the summer. 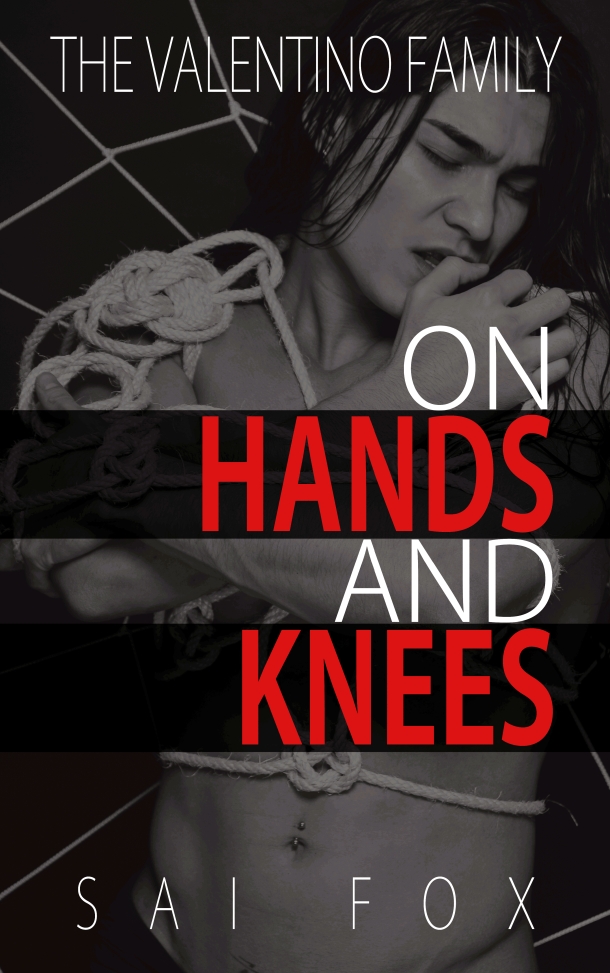 Nicolai Valentino is the almost perfect heir to the Valentino Family—impeccably dressed, devilishly handsome, impossibly cold, and absolutely dedicated to a family that scorns his very existence. Born to the infamous Boss and a Japanese woman of no consequence, Nico must fight for respect in a blood-thirsty world that would be much happier to see him with a hole in his head.

Blood runs thick in the Valentino Family. To them, Nico's little better than water.

Gabriel Delatto is Nico's right-hand man, his childhood friend, and under the darkness of their ruby red sheets, his lover. But more than that, Gabriel holds the secret to unlocking who Nico really is—the true Nico, not the mask beginning to crack around the edges.

But there is a pleasure in that pain, he knows. There is only ever pleasure when it comes to Nico, even if it comes from the crack of a whip or on the edge of a blade.

But there's someone lurking in the darkness, something that neither Nico nor Gabriel truly understand. But there is one thing they do know—
It isn't afraid to bite.

Sai Fox is a new to me author but after reading the blurb for "On Hands and Knees" I was intrigued and decided to give it a try.

At first I wasn't very impressed with the story or the plot. The first few chapters consisted mostly of sex scenes and after a while it became very repetitive. The whole story took place in only a few days; I think they were two be exact, but I'm not 100% sure. I'm usually not a fan of stories developing in such a short time but here the characters were in an established relationship, they knew each other, loved each other and were connected to each other. The feelings were already there when the story started, Gabriel and Nico knew each other since they were kids and were already a couple for five years, they were committed and happy together, so the small timeframe of the story didn't bother me.

What I did have a problem with was that everything the characters did was extremely detailed. For instance, if they wanted to open a bottle of wine the process dragged on for a few pages and we got told every little thing and movement that is necessary to open a bottle. And to get the negatives out of the way, the book needed another round of editing. There were some missing words, one time Gabriel's name got switched with Nico's (who wasn't anywhere near where the scene happened) and some sentences were structured in a way that made it difficult to understand their meaning.

With all that said, let's move on to the positives. After the first few chapters, I think it was around the half point, the story picked up - that's not to say that I didn't like the first half, it just had a different vibe than the rest of the story. Maybe it was the author trying to introduce us to the characters and set the background for the story. Anyway, after that point something happened and the story became intense, interesting and a bit angsty.

We never quite get to know Nico as we only see him through Gabriel's eyes. It's obvious that he loves him very much and would always do whatever he can to protect him and keep him safe. Everyone around him see the worst in Nico, they see a bloodthirsty and unstable man, they see someone without any compassion who is capable of the worst thing that can cross their minds. Gabriel sees a troubled young man, soft on the inside and worth fighting for. He sees the person he loves most and for whom he would do anything for. We're left wondering whose view of Nico is the right one, but my guess is that it's Gabriel's.

It was captivating to see how completely Nico transformed whenever it was just him and Gabriel. He let his walls crumble and his soft side came out to play. Gabriel is the only one allowed to see him like that. When there are other people around them he's cold, stone faced and doesn't mess around. He won't stop at anything and doesn't allow anyone to view his as weak. Gabriel is the only one privy to the other side of Nico, the one enjoying a relaxing night on the couch, watching movies and cuddling with his boyfriend.

Nico is a complex character with many secrets and I look forward to figuring them all out along with Gabriel. The book ends leaving everything in the air with Nico on an unknown mission and Gabriel scrabbling to follow him. We're left wondering who the Kuromiya guy was, what's the significance of spider lilies, who really was Nico's mother, who really is Nico, what would happen with Nico and Gabriel?

There are so many questions left unanswered at the end of the book but luckily the next part is coming out soon so I hope we'll get some answers there.

Sai Fox was born and raised in New York City, so it doesn't come as much of a surprise that there's an ever present coffee cup on her desk as she writes well into the night. A chronic insomniac, some of her best ideas come to her right before heading off to bed. Currently residing in Tokyo, Sai finds most of her time spent writing, reading, and wandering the strange and intoxicating streets that tell thousands of stories... with a cup of coffee. There is always a cup of coffee. Sai has been writing fiction for well over a decade, enjoying the ability to push boundaries of society and sexuality through her work.