Blogtour: Over And Back by Andrew Grey

Dominic and I traveled to Italy this past summer and we discovered a number of things.  The trip was awesome and it was in some ways the trip of a lifetime.  But there were things I learned that I want to share with you.  I was so enthralled that I had to take my Bronco’s Boys along for the ride.
1)  When in Rome, bring your own shade, preferably an umbrella, because in the center city, there is none to be found.
2)  The Vatican museum is stunning.  Be patient and see as much as you can.  It's room after room of Roman and Greek sculpture, tapestries, and hand painted maps that will take your breath away.  And it comes with a Sistine Chapel at the end. Just be prepared for crowds like you have never seen before.
3) When possible, take the train. It’s so much more comfortable than air travel.
4)  The Italian people are welcoming, helpful and amazing.
5) Definitely visit Florence during the week.  There are fewer people, and the city is breathtaking.

Read on for info about the new book and an excerpt... 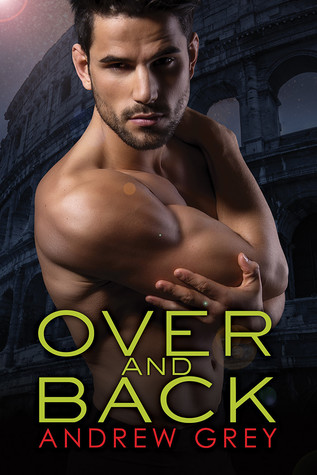 Opposites attract on an overseas holiday, but trouble has hitched a ride.

While Bronco’s nightclub is closed for renovations, the owners invite the staff on a trip to Italy. Bartender Hank needs a roommate, and he’s had his eye on waiter Grant for a while, even if he’s had to keep his distance. But sharing such close proximity means sparks are sure to fly….

Grant has a problem saying no, and it’s led him into some less-than-healthy relationships. While he’s determined not to repeat his mistakes, it’s clear Hank is different.

They’re both willing to take it slow and explore the feelings building between them, but even in a foreign country, their pasts are catching up, and that could hurt more than just their budding romance.

You do?” Grant asked, trying to add a misleading sense of awe to his voice. He glanced around the room but didn’t see Spook or even Bull. The bouncers were in the back of the club handling a disruptive patron. “Then… well….” Grant’s heart sped up, and he caught Hank’s gaze from behind the bar, not knowing who else to try to signal for help. He was determined to handle this without making a fool of himself. Hank nodded, and Grant hoped to hell he’d gotten his message across.
“It’s all right.” The guy patted the seat.
Grant broke out in a cold sweat. He took another step back, intending to get out of the situation as his flight instincts starting to kick in, and walked right into a brick wall. He turned and nearly sighed with relief. “Hi, Bull. This guy says he knows you?”


“It’s okay, Grant. Go on back to your tables. It’s last call, so you’re bound to be busy.” Bull didn’t smile, but Grant knew it was all right. He nodded and hurried away, turning as Bull stepped closer to the guy.
While he filled his last drink orders of the night, Grant kept an eye on them. Bull and the man talked, with Bull not looking too happy, his arms crossed over his ample chest. Finally, the man stood, and Bull grabbed him by the arm, nearly lifting him off his feet, and propelled him to the door. Grant half expected Bull to swipe his hands together when he came back inside. But instead, he walked across the emptying club to where Grant was finishing up.
“If you see him again, I want you to let me or Spook know immediately. Don’t talk to him or serve him. That guy is trouble with a capital T, and I don’t want him in here.” Bull was gruff, and Grant’s gaze followed his to the door.
“Okay.”
“Did he hurt you or say anything to you?” Bull asked after a minute.
Grant shook his head. “All he said was that he knew you and that it was okay if I joined him.” He let out a deep breath in relief. It had been an eventful night, and he just to go home.
“Good. He isn’t someone who plays nice with others. Like I said, I don’t want him anywhere near the club or the people who work here. If you see him again, call me right away.” Bull gave him a smile and then wove through the thinning crowd toward the door.