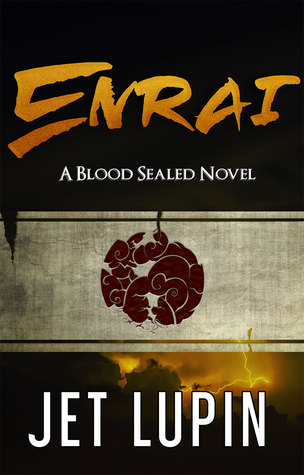 Phil has a problem.

It’s not his job or the fact that his maybe boyfriend, Shige, is a vampire. He’s a sensitive-- an ability he’s had since he was small that lets him peek into people’s minds— and it’s gotten out of control. He can’t turn it on and off like he used to. He needs help, and he has to fly to the other side of the world to get it. The catch? Shige’s the only one who can take him there, but things with him haven’t been great. Their relationship is in tatters, and he doesn’t know how to fix it or if it’s even up to him. This is so not what he needs right now.

But Phil’s not the only one with issues. Shige’s got a territory to maintain and a mystery to solve all while worrying about Phil. He takes all this in stride, but when things take a turn for the worst, can he get them both home in one piece?

This is the second book in the Blood Sealed series and cannot be read as a standalone. It builds on the events from the first book, as Shige and Phil are flying to Japan so Phil can get help with the mind-reading thing that he still hasn't under control. This also gives Shige an opportunity to check up on his territory there and ensure that people still see him as the leader. The relationship between Shige and Phil is still strained, and Shige is acutely aware of how he messed up. Neither man is willing to actually talk about the events of the first book, or come clean about the secrets that are keeping them apart.

What kept me from fully engaging with the story is that the author tells more so than shows - we are merely told about things, but we don't really get to see them. The world-building is somewhat lacking, and while descriptions of Shige's beautiful compound are plentiful, they're merely a backdrop. It's like looking at a movie without the sound on. We don't really find out anything substantial about Shige's past. We're confronted with a man who thinks he has rights to Shige and sees Phil as a rival, going so far as mistreating and ultimately attacking him. The reason for this didn't make a whole lot of sense to me and sounded like something Shige could have cut off at the beginning instead of letting it fester for so long.


However, I was quite happy to see Phil and Shige finally, FINALLY have an honest conversation about their relationship, about their needs and wants, and that honesty is what allows Phil to give Shige exactly that.

Much like the first one, this doesn't have an actual ending, but leaves the reader in a good place. Shige and Phil have worked out their "thing" for the most part, and Phil is getting better at controlling his ability.

It's likely that I'll read the next book in this series when it becomes available. I am still intrigued by these characters.