Blogtour: The Leprechaun Next Door by Elizabeth Coldwell

The Leprechaun Next Door 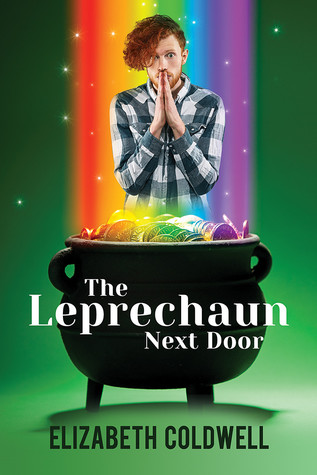 Happiness might be waiting at the end of the rainbow, but will it come with a price?

Devon’s down on his luck—he’s lost his job and discovered his boyfriend is cheating on him. His neighbor, Johnny, is not only cute, he also has a big secret: he’s a leprechaun with a pot of gold… and the ability to grant wishes.

Can Devon wish his way out of the hole he’s found himself in? He’d like a new job, some revenge on his lying ex, and maybe even love. Johnny can give him what he wants, but it won’t come for free… or in the ways Devon expects. Can he trust a sexy leprechaun to help him make a new start and wish himself into the arms of the man of his dreams?

Interview With Devon Payne from The Leprechaun Next Door

Elizabeth: Hi Devon, thank you so much for taking the time to answer my questions.
Devon: That’s no problem. Though I’m a little concerned about what you might decide to ask me.

Elizabeth: Don’t worry, I promise you this will all be very painless. I’m sure everyone at My Reading Nook will be keen to know a little more about you. So can I start by asking you, how did you come to make friends with a leprechaun?
Devon: Well, I moved into a new apartment and that’s when I bumped into him. He was living just across the hall from me, and he offered to help me with my things. He seemed like a regular guy, and he was funny, helpful and had the sexiest Irish accent – how could I not want to be friends with him? It might sound crazy, but when he told me was a leprechaun, I didn’t have any reason not to think it was a lie.

Elizabeth: You didn’t stop to think he might just be winding you up?

Devon: Not really. It could have been the beer talking – we’d had a few drinks by then – but he was so sincere, you know? And I was in a pretty low place at the time, so maybe part of me wanted to believe I’d met a guy who meant it when he said he could make my wishes come true.

Elizabeth: How much did you know about leprechauns before you met Johnny?
Devon: Just the kind of stuff everyone does. I mean, I’d seen the picture on the Lucky Charms box, and I knew they’re supposed to have a pot of gold hidden away somewhere. And Johnny genuinely did. I mean, I know when I woke up the next morning I thought it had all been a dream, but it didn’t take me too long to accept that Johnny really does have magical powers.

Elizabeth: When he offered you three wishes, how did you react?
Devon: Part of me wanted to use them right away – you know, wish to be a millionaire and never have to work another day in my life. But something told me to be cautious, and I’m glad I did. I could have asked for money and a fancy house and car, but I’d have ended up paying for my greediness somehow.

Elizabeth: That’s a very mature attitude.
Devon: Well, I wished for more modest things and every one of those caused me some problems I hadn’t foreseen, so I’m guessing if you wish big you can end up in big trouble.

Elizabeth: Johnny encouraged you to work on your singing and songwriting. How’s that coming along?
Devon: Pretty great, actually. People seem to like my songs and I really love playing them. I never thought I’d be saying that. Michael – that’s my ex – is a great guy in some respects, but he never gave me any support or praise for my singing, and that hurt. With Johnny, I know I’m with a man who cares about my happiness and that feels good.

Elizabeth: You found yourself working in a coffee shop after years in IT. How did it feel to make such a radical career change?
Devon: It’s something I never imagined myself doing, but so many good things came out of getting that job. And I realized I didn’t miss the office politics, or having to stay late to fix the server when it went down. The pay in a coffee shop isn’t so great, but not everything is about money, and Carol Anne, who owns the place, is such a good friend now.

Elizabeth: What’s your favorite coffee drink?
Devon: Usually, I take it with cream and no sugar, but Carol Anne showed me how to make a great gingerbread latte – I love those when the weather gets colder. And if you have it with one of her maple and pecan scones, man, that’s a great combination.

Elizabeth: What’s in your fridge right now?
Devon: Not much. I need to go on a grocery run. I think there’s milk, butter, yoghurt, orange juice, some cans of IPA from a local brewery and some leftover Chinese takeout. All good healthy stuff (laughs).

Elizabeth: Tell me something about Johnny that no one else knows.
Devon: What, you mean like where he keeps his gold? I figure I’d get into a lot of trouble if I did that. All I can tell you is that Johnny may have a brash exterior but underneath it he’s a sweetheart. I just wish I could cure him of his habit of playing practical jokes on people, but I guess a leprechaun can’t change his nature. 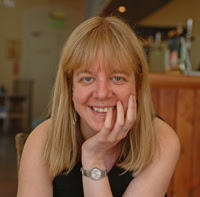 Originally from South Yorkshire, Elizabeth Coldwell has been making up stories for as long as she can remember, only now she gets to people them with hot men. When she's not got her nose in a book, she's reviewing or trying to stop one or both of her cats from walking over her keyboard. She spends her time following her home town football team and baking the best brownies in East London.