Hello, everyone! CJane Elliott here to thank My Fiction Nook for hosting the cover reveal for The Player’s Protégé, the second book in the Campus Connections Series from Dreamspinner Press. Jerry Helstrom, the main character in this book, was a key secondary character in The Kinsey Scale. I loved his snarky yet supportive personality so much I knew he needed to have his own story. Jerry is cynical on the surface, but underneath lurks a huge heart and a hidden yearning to be swept off his feet. Enter Arlo Barnes, just the person to be Jerry’s knight in shining armor. Arlo is one of the sweetest characters I’ve ever written. He’s so different from Jerry and yet they’re perfect for each other. I had fun getting these two together. I hope you enjoy them as much as I did.

And now without further ado, the cover.... 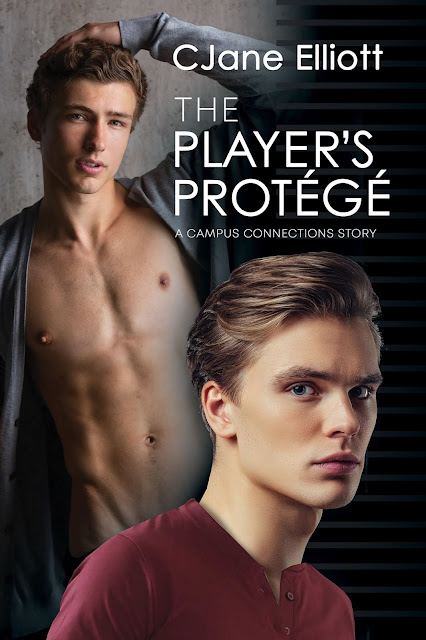 CJane is an ardent supporter of LGBTQ equality and is particularly fond of coming-out stories. In her spare time, CJane can be found dancing, listening to music, or watching old movies. Her family supports her writing habit by staying out of the way when they see her hunched over, staring intensely at her laptop. CJane is the author of the award-winning Serpentine Series, New Adult contemporary novels set at the University of Virginia. Serpentine Walls was a 2014 Rainbow Awards finalist, Aidan’s Journey was a 2015 EPIC Awards finalist, and Sex, Love, and Videogames won first place in the New Adult category in the 2016 Swirl Awards and first place in Contemporary Fiction in the 2017 EPIC eBook Awards.