Kenny Long is living a new life. Blinded in an accident, he has taken control of his unexpected reality the best way he can, and it’s working out better than he hoped.
Of course Larry Boots doesn’t know any of that. All he sees is a beautiful man sitting on a park bench.

Larry has a few problems of his own: his mother. His job. The lack of romance in his life.

His job. In the course of that job, Larry strikes up a friendship with Kenny. The next thing he knows, he’s so head-over-heels in love, even his mother doesn’t seem so bad. Of course his career is still a problem, but he’s working on that. Hopefully he’ll have the problem resolved before the man he’s being paid to murder succeeds in murdering him first.

And before the man he loves finds out he’s a cold-blooded killer. 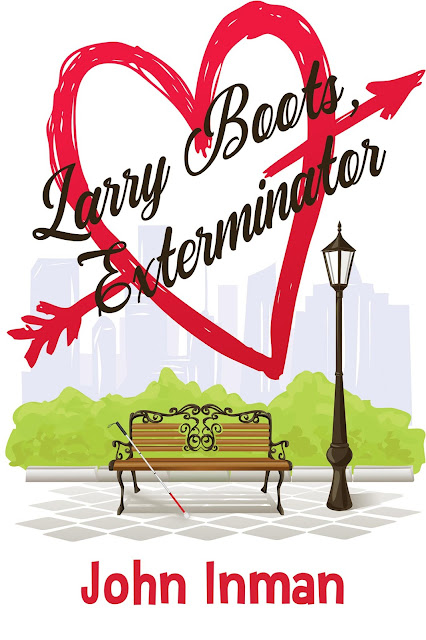 John Inman is a Lambda Literary Award finalist and the author of over thirty novels, everything from outrageous comedies to tales of ghosts and monsters and heart-stopping romances. He has been writing fiction since he was old enough to hold a pencil. He and his partner live in beautiful San Diego, California and together, they share a passion for theater, books, hiking, and biking along the trails and canyons of San Diego or, if the mood strikes, simply kicking back with a beer and a movie.

John’s advice for anyone who wishes to be a writer? “Set time aside to write every day and do it. Don’t be afraid to share what you’ve written. Feedback is important. When a rejection slip comes in, just tear it up and try again. Keep mailing stuff out. Keep writing and rewriting and then rewrite one more time. Every minute of the struggle is worth it in the end, so don’t give up. Ever. Remember that publishers are a lot like lovers. Sometimes you have to look a long time to find the one that’s right for you.”