Cover Reveal: Coming Up For Air by Amanda Meuwissen 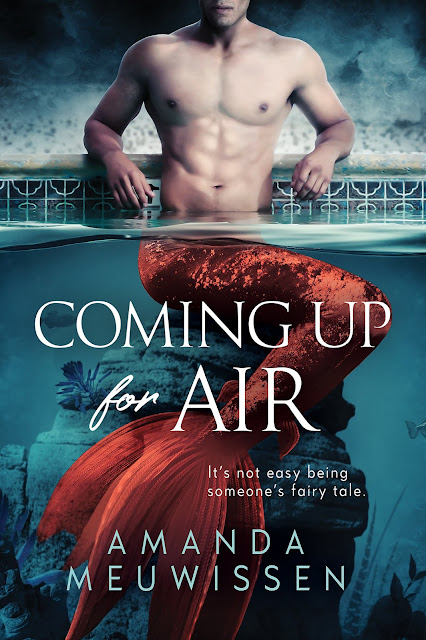 Amanda Meuwissen is a primarily gay romance writer, as well as Marketing Operations Manager for the software company Outsell. She has a Bachelor of Arts in a personally designed major from St. Olaf College in Creative Writing, and is an avid consumer of fiction through film, prose, and video games. As author of the paranormal romance trilogy The Incubus Saga, young adult novel Life as a Teenage Vampire, the novelette The Collector, and superhero duology Lovesick Gods and Lovesick Titans, Amanda regularly attends local comic conventions for fun and to meet with fans, where she will often be seen in costume as one of her favorite fictional characters. She lives in Minneapolis, Minnesota, with her husband, John, and their cat Helga, and can be found at www.amandameuwissen.com.