Which way is this story going anyway?
There used to be a hilarious British comedy duo, Morecambe and Wise (Eric and Ernie) and one of their sketches featured Ernie scribbling away in his notebook. Eric asked him what he was writing, to which Ernie said it was the play they were putting on the next day. Eric then asked what sort of play it was. Ernie, looking at his writing with a quizzically innocent look, said he didn’t know if it was a historical “or one of those science fiction ones”. Titters all round.
Now, I have to admit I have a lot of sympathy for Ernie. Sometimes when I start a new story that’s not for an existing universe, I’m not sure what genre I’m writing in. That’s the joy of being a pantser (joy for me – it would be a nightmare for some!) I love exploring the characters and situations, and while I’m writing it’s like I’m watching the tale unfolding in a tv series and I’m trying to guess what the end will be.
It isn’t as daft as it seems, not knowing what genre I’m writing (although I do know if it’s a historical or a contemporary). Sometimes two story threads intertwine. For example, I have a novella called Don’t Kiss the Vicar which is a category romance but features poison pen letters and a mystery about who wrote them. It would have been easy to tweak the emphasis of the tale and make the primary storyline a mystery and have the romance as the secondary thread. Real life is complex, after all!
I recently started a new story – ostensibly a romance short story, written in the first person, featuring a rugby training session where a tackle goes wrong and someone is badly injured. Said story ground to a halt. A few months later I picked it up again, deciding it could be a more serious romance, perhaps stretching to a whole novel told in the third person, with some more serious elements introduced. It ground to another halt. Finally, just when I was about to consign it to the dustbin, I had a blindingly good idea. What if I took the central situation and characters and weaved them into a Lindenshaw murder mystery? There could be a suspicious death in the clubhouse at same time as the training ground accident was happening and the romance element could be a minor element. Tah dah! Story saved. It’s been cannibalised and 60% gone straight into the next Adam and Robin tale.


So, writers, don’t despair of your works in progress that fail to progress. A switch of main genre may be what your story needs. Just be inspired by Ernie Wise! 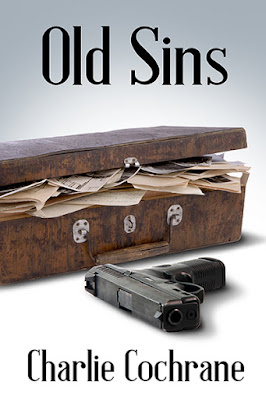 A detective, his boyfriend and their dog. That’s the Lindenshaw mysteries in a nutshell. Old Sins is the fourth instalment in the series, and not only does Robin have a murder to investigate, he and Adam have got the “little” matter of their nuptials to start planning. And, of course, Campbell the Newfoundland gets his cold wet nose into things, as usual.

Past sins have present consequences.


Detective Chief Inspector Robin Bright and his partner, deputy headteacher Adam Matthews, have just consigned their summer holiday to the photo album. It’s time to get back to the daily grind, and the biggest problem they’re expecting to face: their wedding plans. Then fate strikes—literally—with a bang. Someone letting loose shots on the common, a murder designed to look like a suicide, and the return of a teacher who made Robin’s childhood hell all conspire to turn this into one of his trickiest cases yet.


Especially when somebody might be targeting their Newfoundland, Campbell. Robin is used to his and Adam’s lives being in danger, but this takes the—dog—biscuit.

Find out more about the series here. 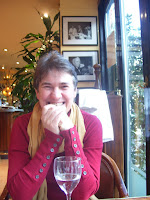 Because Charlie Cochrane couldn't be trusted to do any of her jobs of choice—like managing a rugby team—she writes. Her mystery novels include the Edwardian era Cambridge Fellows series, and the contemporary Lindenshaw Mysteries. Multi-published, she has titles with Carina, Riptide, Endeavour and Bold Strokes, among others.

To celebrate the release of Old Sins one lucky person will win a swag bag from Charlie! Leave a comment with your contact info to enter the contest. Entries close at midnight, Eastern time, on February 16, 2019. Contest is NOT restricted to U.S. entries. Thanks for following along, and don’t forget to leave your contact info!