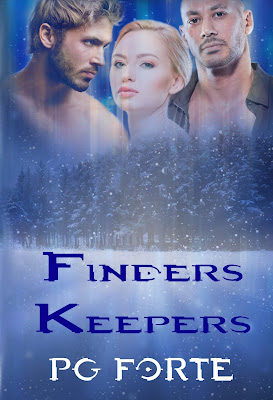 Sometimes finding what you want is the easy part.

Caleb is a bionic soldier with little-to-no memory of his past. Aldo’s an undercover cop who’s searching for the man who got away. Then there’s Sally, an ER physician who used to be married to Aldo’s late partner, Davis. Sally’s just looking for a reason to keep on getting up every day.

This holiday season, chance will bring them together and give them an opportunity to help one another find what they each want most. But every gift comes with a price. And keeping what they’ve found once they’ve found it? Yeah, that’s gonna be the hard part. 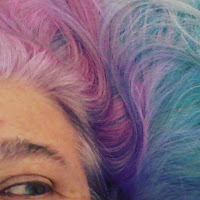 PG Forte inhabits a world only slightly less strange than the ones she creates. Filled with serendipity, coincidence, love at first sight and dreams come true.

She wrote her first serialized story when she was still in her teens. The sexy, ongoing adventure tales were very popular at her oh-so-proper, all girls, Catholic High School, where they helped to liven up otherwise dull classes…even if her teachers didn’t always think so.

Originally a Jersey girl, PG now resides with her family on the extreme left coast where she writes contemporary and paranormal romance in a variety of sub-genres.

PG loves hearing from readers. She can be reached directly at: pgforte@pgforte.com