It’s a novel with a sequel.
The first 43 chapters form Darkness Dawns; it concludes on a HFN and the sequel completes the novel.
I've written both, but thought it best to split it, or it would be over 140 000 words long. 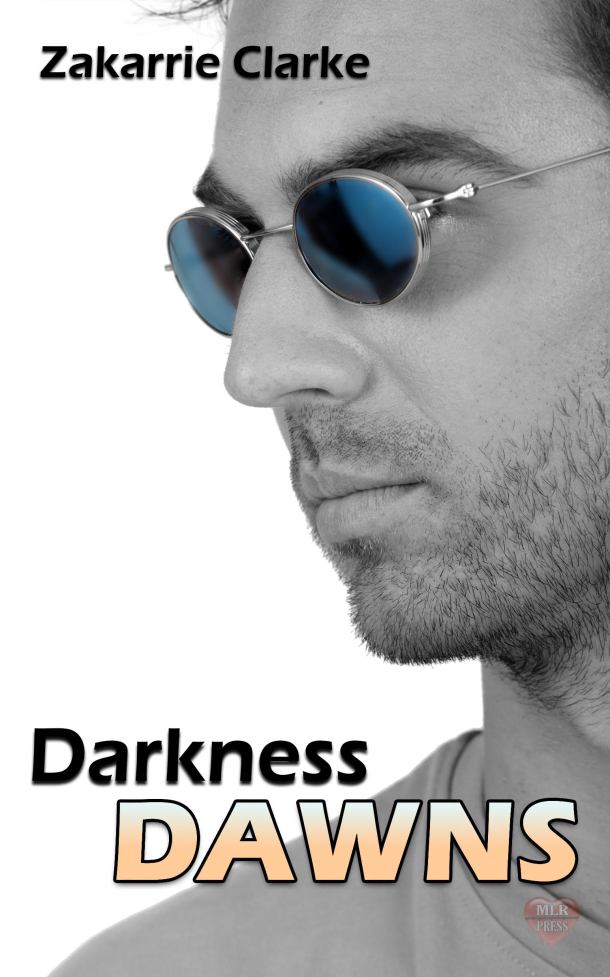 Darkness Dawns is a love story. It also tells the tale of one man’s war with himself, brought onto the battlefield of his blindness. Leo Ferrar suffers from diabetic retinopathy and lost his sight two years ago. Unable to bear the scrutiny of strangers or the impact of his blindness on those he loves, Leo has determined on shutting the world out ever since. This is the man Ben meets on his first day at work as Mr Ferrar’s care assistant.

A former heroin addict, Ben was sentenced to six months community service as punishment for his crimes by a judge entitled to condemn him to a seven-year stretch. Far too charming for his own welfare, Ben proves unaccountably brilliant at ‘bulldozing the blind’.


When fate sees fit to dispatch Ben to the home of the man he has dubbed Mr Ferrarcious;it is with the words of the last five unfortunates who’d dared darken Leo’s doorway ringing in his ears. A door that is opened by a man who might be Lord Byron himself. Drop dead gorgeous and as hot as hell, Leo Ferrar hasthemost beautiful eyes Ben has ever seen.


Never has an irony seemed so cruel. Nor fate so fortuitous.


Leo knew heshould have opted to use the cane, instead of the arm Ben offered him for their unexpected walk.Should. Every time that word left someone’s lips, Leo wanted to scream; fists clenched in a screech of hopeless, helpless rage. The fact that everything he shoulddo was For-His-Own-Benefit, made it so much worse, which was as ludicrous as it was true. Independence was the only thing he had left to aspire to. So, why the fuck did should rub Leo so raw it obliterated any inclination he may have had to do whatever it prefaced? He ought to want to do the things he should. But what if he tried…and failed? What if Leo couldn’t master any of them? Then he would lose even the hope that he might, one day, be able to. Even more galling, that loss would be down to him, because he was so bloody useless. He didwant to show Ben that he was quite capable of managing…didn’t he? Very much, although why that mattered, Leo had no idea.

Why care what this latest in a long line of functioning eyeballs thought of him? It was probably more politic to say, ‘visually unimpaired’. Visually Impaired. Leo had to stifle the urge to punch people who described him thus. Impaired? Adj: weakened or damaged. Weak. Weakened. F’fucksakes. He was still chewing that particular wasp when Ben asked for his wrist.

Does he intend to lead me by it, as if I’m a toddler?


Leo found himself holding it out anyway. Christ knows why he was going along with all this. It was just that…being in Ben’s company was rather like sitting in the passenger seat of a snow plough driven by a drunk. Far preferable to standing in its path…and yet, somehow more appealing than staying behind, wherever the hell it was off to.

Nevertheless, he was still relieved when Ben clasped the proffered wrist—not to cart Leo off as he’d feared—but to plant his hand on top of Ben’s head. The fact that Leo could have changed the lightbulb without stretching a whole lot further, did seem to suggest he’d been addressing Ben’s nipples for the last half hour.

Quite how Ben then contrived to claim fault for something that was Leo’s mistake was less clear, but this was pulled off with such disarming charm, it would’ve been churlish to argue otherwise. Why the hell did the notion of calling Ben’s bluff feel as brutal a prospect as drowning his cat? If he had one, of course. Cat? More to the point…nipples?

“Thank you,” Leo managed to mumble, which was something of a result itself. Half an hour with Ben and he’d started to feel several sandwiches short of the proverbial picnic. He’d also begun to suspect that Violet had been a sweet little old lady—and quite sane—when she’d met Ben.

So off they went. The blindingly daft leading the blind off on a stroll around Camden.

In a bid to distract himself from well, pretty much everything he’d thought for the last five minutes, Leo decided to ask Ben to describe himself. For some reason he was intrigued, not only to know what Ben looked like, but to hear the picture he drew. Leo had an inkling this would prove more unmissable than an aural tour around the National Portrait Gallery. Unmissable?It was a bloody masterpiece. There most definitely were not any renderings of Steptoe’s six-four daughter there. The last two years might have felt a damn sight less soul-destroying if Ben had voiced Leo’s DVD visual descriptions.

Walking outside had lost all its appeal when the world became a giant landmine lying in wait to blow up in Leo’s face; every step into the unknown, a potential public humiliation. Despite this, and Ben’s partiality to lamp posts, they somehow arrived in Gloucester Crescent, alive and well. Even more shocking, was that Leo hadn’t fretted about…anything really, along the way. He’d just drifted along, listening to Ben weave words too beguiling to question where embellishment waved farewell to the truth. But who the fuck would want to, when that would feel as blasphemous as punching a fist through a Picasso?

When Zakarrie was little and dreamed big, she wanted to be a writer. Just like Enid Blyton. Or p'raps not...having been most remiss on the lashings of ginger beer front. After moving to London at eighteen and flitting about for far too long, she finally settled, as blissy as can be, by the sea. When her castaway dreams resurfaced, they were believed into being by the warm words of friends who breathed life into her own. Her one wish now is that someone, somewhere, might enjoy the misadventures of her miscreants as much as she adores writing them

Enter the Rafflecopter giveaway for a chance to win a £10 Amazon gift card and a choice of ebook from Zakarrie’s backlist.