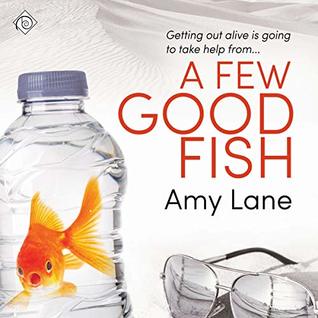 So this is how it all starts...

"A tomcat, a psychopath, and a psychic walk into the desert
to rescue the men they love..."

and along they way they maybe blow sh*t up!!! Battle some bad guys, get injured protecting the people they love...again and go on a ROAD TRIP!!! Where they visit some old acquaintances who become friends and make some new friends along the way.

Now I'm going to borrow a bit from my review of the -ebook here...

First off while this one had all the action, adventure danger and ohmygod!!! They blew sh*t up...Karen was drooling...what can I say, I'm just a blow sh*t up kinda' girl and there was more LUCY SATAN!!!!!!!!!!! When I grow up I wanna' be just like her, she's my hero.

We got more of Jackson's family Jade and her brother are still around and oh joy, oh bliss!!! we may have gotten to spend a little time with Ace and Sonny from 'Racing for the Sun' and along with Ellery's mom the incomparable Lucy Satan (or Tyler Cramer to the rest of the world) we finally got to spend time with Ellery's father...and sweet baby jebus that mans an adorable teddy bear.


As well as trying to track down and stop an unseen enemy Jackson and Ellery are trying to nurture their fledgling relationship at every opportunity and one of the things that I appreciated the most was the growth shown by Jackson ...so much growth and it's here in 'A Few Good Fish' that we are really shown the the extent of that growth as Jackson struggles to open up and share his emotional burden with Ellery.  It's not easy letting someone in...truly letting them in and sharing all of the dark and scary thoughts that haunt your dreams but if Jackson wants to have a life with Ellery...if he truly wants to share himself with this man who has come to mean so much to him...he knows he's got to find a way to do this and he tries...oh he tries so heartbreakingly hard and sometimes with such naked sincerity that there is nothing to do for it but cry and I did...yep, I don't remember crying when I read the book but this time around as I listened to Jackson pour his heart in tender moments to Ellery, in emotion filled rage to god...I cried...

I'm totally blaming Greg Tremblay for all those tears. I think we can pretty well all agree that Mr. Tremblay without fail does a superb job when it comes to narrating but it was during an incredibly emotional time for Jackson that he brought Jackson to life so poignantly and vividly that I could do nothing but cry for Jackson Rivers.

Everything got amped up with this story...the action was fast paced, the heat between Ellery and Jackson was off the charts and yet there's so much more that remains to be seen... there are events that have yet to unfold and how things will end still remains to be discovered...but I'm definitely all in on this one.

An audio book of 'A Few Good Fish' was graciously provided by the publisher in exchange for an honest review.