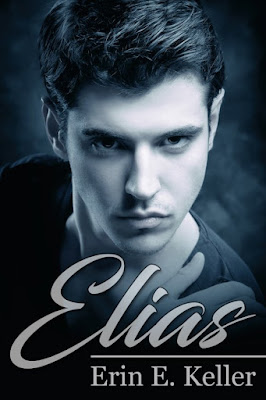 Detective Thomas Doyle has been living a lonely, compartmentalized life ever since the death of his life partner, Aiden. He vowed never to let anybody get close to him again -- the pain of losing a loved one is too much to bear. Despite his vow, Thomas is lonely, and has a number of one-night stands, sexual encounters with unnamed men he doesn’t care to remember. Then he meets Elias.

Elias Byrne knows the pain of abuse and rejection intimately. Unable to escape the clutches of his older brother, Elias dreams of someone to love, and of being loved in return. He admires Thomas, but the detective never pays him any notice. In a desperate attempt to get closer to him, Elias steals his wallet, then gives it back the next day.

Pretty soon, Thomas feels a strong attraction to the fiery, arrogant, younger man. Elias intrigues him, but he resists his growing feelings because he doesn’t want to get hurt again.

When Thomas rescues Elias from his abusive brother, can he also rescue them both from the loneliness that threatens to consume them? Can Elias conquer the detective’s hardened heart and find the love he always longed for? Or will Thomas stubbornly refuse to give himself another chance at love?

The Black Sheep’s lights were soft; people’s shadows moving inside seemed like dark souls waiting for a body to enter. In fact, people came to this specific pub for that reason. He wasn’t the first to use the privacy given by the place to find a hot body to lose himself in. Thomas entered and looked around, a worried expression of his face. His fists clenched, arms stiff at his sides. He headed to the bar and leaned an elbow on it, observing the surrounding people, the darkest corners, the private rooms, and the dance floor, a small area that only fit a few people. The music was rhythmic but not too fast. It was kind of sensual, so different from the folk music you usually heard in most Irish pubs.

Adrian, the barman, slid a glass in his direction.

Thomas nodded and answered with half a smile, putting the money on the counter. He turned away for a few moments before looking back at Adrian.

“Do you know Elias?” he asked.

Adrian seemed to think for a moment. “Thin, black hair, even darker eyes, sexy as hell?”

Thomas blinked. From the description, it sounded like Elias, even if Thomas didn’t personally find him sexy as hell. That is, he couldn’t deny what he’d seen under those long locks was something magnetic, that his body seemed thin but not skinny, but ...


Thomas shook his head. He was a boy. And a thief. And a stalker. And who knew what else? And he wasn’t interested in him in that way.

“I think so,” he finally replied.

Adrian smiled and gestured to a hidden corner of the tiny dance floor. There, wearing a pair of tight jeans and a white T-shirt, was Elias, dancing with a guy behind him who had one hand on his chest and the other on his belly. His eyes were closed, and he was moving his pelvis. Sexy as hell, actually. His head was reclined, leaning on the shoulder of the man behind him, and he had his hand by his side as he swayed.

Thomas picked up his drink and took a long sip. That boy owed him an explanation. Suddenly, he realized he couldn’t accuse him of anything without some kind of evidence. For a very short moment, doubt ran through his mind: had it really been Elias, or had Thomas finally lost it? Maybe when he’d been twirling under the rain like an idiot fighting his panic attack?

When he looked at the dance floor again, Elias had disappeared.

“What the fuck!” he burst out, frustrated, a second before feeling somebody touch him, a solid body pushing against his back and a voice speaking in his ear, softly enough so as not to be heard by anyone else.

“If they told me to choose who to fuck, I would choose you.”

Thomas turned suddenly and almost spilled his Guinness on himself.

Thomas observed him for a few moments, and his brain registered different things. This time, he could see Elias’s face, even if it was barely lit. It was a very unusual face: thin, big black eyes, a sharp nose, and a large, full mouth. Elias wasn’t as thin as he first seemed. Or, yes, he was thin, but the right definition would have been slim. The stretch T-shirt highlighted his long muscles, as well as his tight jeans, which underlined the contour of his hips, molding his legs. His hair was long at the front and really, really black. His gaze in that moment was particularly intense. The corners of his mouth were turned up in half a smirk.

Thomas suddenly looked away from his lips, the taste of which he could still feel on his mouth, and took a sip of beer.

“I saw you while I was dancing. You came looking for me,” Elias continued.

It wasn’t a question. It was an assertion.

“No. I came looking for my wallet.”

Sure, he could have beaten around the bush, but this guy somehow got on his nerves, and he wasn’t in the mood for acting kindly. He waited for a question from him, even outrage. What he wasn’t expecting was Elias taking his hand, turning it over, and putting the wallet in it.

“And what does this mean?” Thomas growled. “If this is a joke, it’s not funny.”

“Isn’t that your wallet? Didn’t you come here for it? Here it is. No joke.” Elias’s expression was unperturbed.

“I could report you.” Better yet, I could arrest you. But he didn’t say that out loud because he didn’t want Elias to know anything else about him.

“Does it look like I’m stopping you from doing anything you want to do?”

Erin is Irish in her heart and soul, and she hopes she’ll move to the Emerald Island one day. She lives with her husband and their cats in a house near a wheat field.

She has been writing for years, but admits she is a very undisciplined writer. The problem is that handling a couple of jobs makes it almost impossible to write every day. She loves letting her mind wander through the real world. She likes to write contemporary M/M romance because she loves love. And men.