Cover Reveal: Better Be Sure by Andy Gallo

Jackson Murphy lost his parents to a boating accident, but they’re never far from his thoughts. He attends the same university as his parents, joined the same fraternity as his dad, and even lives in his father’s old room, along with his adopted brother, Marcus. Life brightens when he meets the man of his dreams. 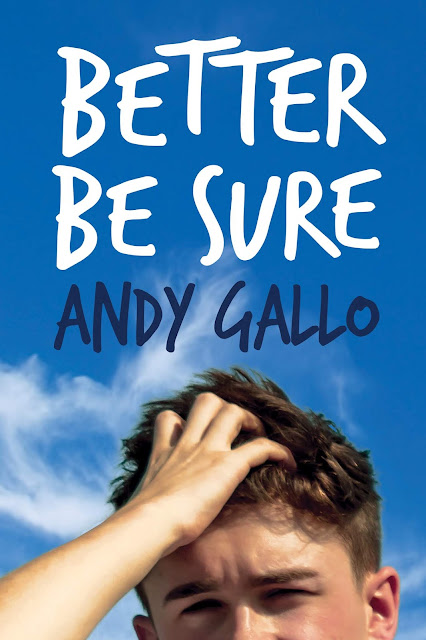 Andy Gallo prefers mountains over the beach, coffee over tea, and regardless if you shake it or stir it, he isn’t drinking a martini. He remembers his "good old days" as filled with mullets, disco music, too-short shorts, and too-high socks. Thanks to good shredders and a lack of social media, there is no proof he ever descended into any of those evils.

Married and living his own happy every after, Andy helps others find their happy endings in the pages of his stories. He and his husband of more than twenty years spend their days raising their daughter and rubbing elbows with other parents. Embracing his status as the gay dad, Andy sometimes has to remind others that one does want a hint of color even when chasing after their child.