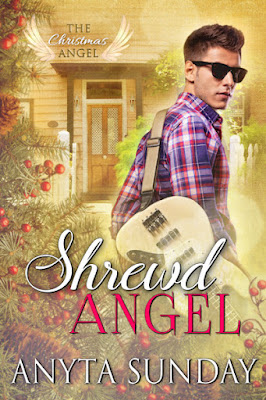 Pax Polo is the swashbuckling guitarist for Serenity Free.

Correction: Was the swashbuckling guitarist for Serenity Free.

Now he sports a black eye and his bros have kicked him out of their band—three weeks before Christmas. It’s an unfamiliar kick to his over-inflated ego, but . . . whatever.
No problem.

Thanks to some stellar eavesdropping, an unexpected angel ornament, and a bribe to open for his favorite band ever, Pax will weasel his way back into his mates’ good graces.

All he has to do is friend Clifford, the neighborhood man-shrew, for the summer. Distract him a bit so Clifford’s younger sister can sneak around.

It sounds like a piece of beginners Beethoven. Jolly good fun.

Because, Pax totally knows how to friend people. He has heaps of friends. This shrew’s no match for his shrewd ways. Or is he?

I kind of have mixed feelings about this latest Anyta Sunday read.


I loved the snark, banter and games between Pax and Cliff, which just flowed naturally on the page and felt extremely believable.


Pax was a bit of a mess and Cliff was entirely too put together for his own good, so seeing Pax try to unravel his perfectly-ordered life was so much fun to read.


However, for this to have been an M/M romance, the first half of the book didn't truly feel either gay-related *or* that a romance was inevitable -- except possibly for Cliff's 17 y.o. sister, Bianca.

Yes guys, this one had a frustratingly slooooooooow burn, which, for me at least, made the story feel very, very long, as I read and read and read, then looked at the page count and my eyes bugged out a bit.


At 52% in, when the cat was let out of the Big Gay Bag, that's when the actual romantic feelings began to flow, and the pacing of the story finally took off.


While the snark and banter were completely on-point, some of the jokes were, well, the only way I can really describe them would be to say that they spiked pretty high on the old corn-o-meter.


I adored the friendship between Pax and Luca, and their plotting to get Luca and Bianca together.  And the parts with Pax hiding in the tree and constantly stealing into Cliff's bedroom via the trellis, damn if that didn't make me laugh again and again.


The steam was done very well here, as there was just enough, but the bedroom wallpaper was never in danger of being singed to a crisp and bursting into flames.


Most of the angst here was from Pax deciding what he should do with his life in regards to rejoining the assholes in his band vs. doing what would make him truly happy.


But I was thrilled to see that when Cliff finally was told exactly why Pax had originally friended him, we didn't get a trite, expected Huge Break Up scene, as Cliff was sad, but not truly angry.


So while there were a few things that I might've changed about this story, I'd still recommend it and rate it at around 3.5 stars. 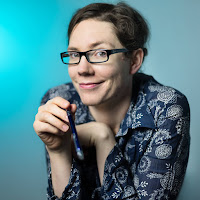 A bit about me: I'm a big, BIG fan of slow-burn romances. I love to read and write stories with characters who slowly fall in love.

Some of my favorite tropes to read and write are: Enemies to Lovers, Friends to Lovers, Clueless Guys, Bisexual, Pansexual, Demisexual, Oblivious MCs, Everyone (Else) Can See It, Slow Burn, Love Has No Boundaries.

My books have been translated into German, Italian, French, Spanish, and Thai.

Sign up for Anyta's newsletter and receive a free e-book.