True mates, together at last.

Claw—fearless leader of Seattle’s Team 32—has faced many dangers during more than a century and a half as a dreamcatcher. Yet nothing has ever scared him more than his obsession with Nathan Gallagher. Tormented by visions and dreams about the man ever since he first laid eyes on him, Claw now has to deal with living under the same roof with the object of his most ardent desires. And Nathan is so much more than a simple crush.

Brother of the caster who’s been plaguing Team 32’s area and less-than-willing houseguest of the team after a strange break-in attempt, Nathan may hold the key to finally apprehending his sister and putting a stop to the havoc she’s wreaking on Queen Anne…. Meanwhile, Nathan’s wreaking some havoc of his own on Claw’s heart. 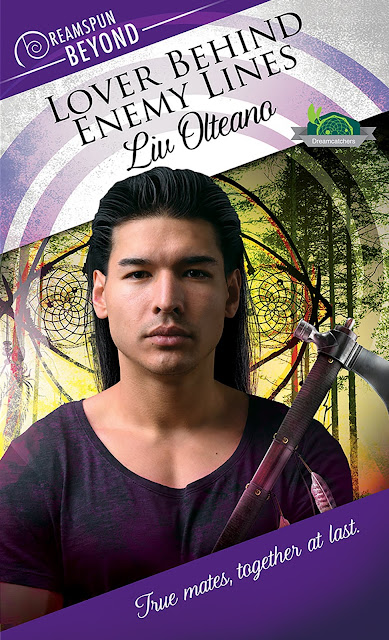 She believes stories are the best kind of magic there is. And life would be horrible without magic. Her hobbies include losing herself in the minds and souls of characters, giving up countless nights of sleep to get to know said characters, and trying to introduce them to the world. Sometimes they appreciate her efforts. The process would probably go quicker if they’d bring her a cup of coffee now and then when stopping by. Characters—what can you do, right?

Liv has a penchant for quirky stories and is a reverent lover of diversity. She can be found loitering around the internet at odd hours and being generally awkward and goofy at all times.

Be afraid. Be very afraid.