In today's post, we're looking at the Caribbean Tales, with exclusive excerpts and an introductory post from Taylor. There's also a giveaway - Taylor is raffling off one Kindle Fire 7" to one lucky winner!

Hello everyone! I’m Taylor, My Fiction Nook’s Author of the Month. *g* Today I’m here to talk a little about my new series, ‘The Caribbean Tales,’ but we can’t do that without covering my publishing history and María, the most intense hurricane to strike my hometown since 1928.

As you may or may not know, I live in NYC but I am from Puerto Rico, and it was my love for my terruño (my country) that got me writing again. I’ve always said that I am an accidental author. Writing was never a dream of mine. I certainly never thought I had the talent, but one day I agreed to co-write something with a dear friend as an exercise to keep her focused on her own writing, and it was then that I discovered I had a voice. Fast-forward a few months and I had ‘Six Degrees of Lust’ and ‘Six Degrees of Separation,’ the first two instalments in my ‘By Degrees’ Series. ‘Six Degrees of Lust’ was published. I wrote ‘Heatstroke,’ finalized ‘Six Degrees of Separation,’ and started working ‘Six Degrees of Agony.” Then I had some health issues and had to stop, as what little energy was left, I needed to fulfil my obligations at my day job.

The next time I opened a blank document, I wrote the first chapter of ‘Disasterology 101,’ a story that was released a week apart from ‘Six Degrees of Separation.’ “Hearsay,” the first instalment in my Bylaws Series was next. And that was that. My personal life took a hit and I had to go on hiatus. Writing wasn’t an option anymore.

Eventually, I finished writing ‘Six Degrees of Agony’ but things got complicated again. Not because I couldn’t write, but because I was a professional author now, ecstatic and humbled by the love ‘D101” and ‘By Degrees’ received but also scared and feeling pressured. You see, as much support as I was  receiving from my core readers and SMac’ers (Sam and Mac fans), I was still affected by the aggressive emails from people who resented the fact I was taking too long to release another ‘By Degrees’ book. I’m going to keep it real, guys—that situation killed my mojo. Writing wasn’t relaxing anymore. It felt forced, and I seriously started thinking every word I put on paper sucked. So, I decided to sit on ‘Six Degrees of Agony’ to make sure I was 100% proud of the story, and that’s when some other crazy…crap happened to me. Serious crap, and it affected everything in my life, to the point I didn’t think I would write again.

As months went by and I started the process of healing emotionally, I forced myself to revaluate my writing career and recalibrate. I kept my hold on ‘Six Degrees of Agony’ and gave up on finishing ‘Six Degrees of Sorrow’ at that time. I simply didn’t have it in my to do justice to the characters and the ‘By Degrees’ world. I focused on my personal life. I focused on my family and daydreamed about the day I would go back home. I was homesick. I wanted my beaches and my mountains and my people and my culture, and I watched YouTube videos filmed in Puerto Rico almost obsessively. I was so focused on the images and the music and the sounds that I didn’t even realize I had started creating another fictional world in my head…not until I grabbed a notepad and a pen and got to work. Next thing I knew, Luca and Santi were fully fleshed out, and the opening chapter of ‘Heavy Hitters’ was done.

Writing with Puerto Rico as a background brought me joy again, and, while writing ‘Heavy Hitters,’ I found my way back to ‘Six Degrees of Agony.’ And ‘Gainsay’ from the Bylaws series. And ‘Living on the ‘Edge.’ And, last but not least, ‘Forces of Nature,’ a short (for me!) where Saúl and Orlando rekindle their relationship and rebuild their home.

‘Forces of Nature’ was inspired by the upcoming (at the time) anniversary of Hurricane Maria. That’s today. On September 20, 2017, that monster made landfall and swept across the island, causing destruction that it is still visible everywhere. The green was gone, as if a bomb had exploded. The coastline changed. No electricity. No water. No food. No communication. No idea if everyone was okay for weeks. No way to describe the aftermath other than hell. Yet the spirit remained.

I can’t properly articulate how proud I am of my people, as I get too emotional every single time, but this story is my tribute to them. My memorialization of their essence and their efforts. My way of bowing down to them and showing my respect.

A year later, we’re doing much better, gracias a Dios. We are resilient. When we look around, we see the green coming back, and we’re hopeful we’ll be better than ever by the time everything is said and done.

It hasn’t been a smooth ride for me, not even after I thought I was ready to publish again. I’ve tried twice and both times I had issues with Amazon, so I gave up. I’m Puerto Rican, you understand. All those glitches had to be a sign that I shouldn’t release the books, so that’s exactly what I did. Or didn’t. As simple as that. But I’m over it. I can deal with the fact that some of the places I mention in the stories are gone, and I really am ready to do this thing, now. 😊

I know ‘Six Degrees of Agony’ has been a long time coming, and many of you are disappointed I’m releasing something else. All I can say is, I’m back. I’m working on ‘By Degrees’ and, when you guys get ‘Agony,’ you will get a book I’m 1000% proud of. In the meantime, I hope you give ‘The Caribbean Tales Series” a shot, as each and every book carries my culture, my heritage, my traditions, and my heart.

Let's look at the books!

First up, coming in October 2018, Forces Of Nature 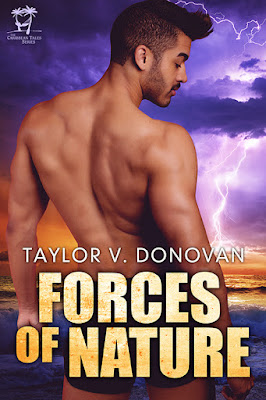 Pushed out by a stagnant economy, lack of professional opportunities and his own ambition, software engineer Saúl Cartagena Toro migrated from his beloved Puerto Rico to New York City in pursuit of his dream job. He took his partner for granted. He left his family behind. A day hasn’t gone by without Saúl thinking he made the biggest mistake of his life, and now all he wants is to get his better half back.

Years after having his existence turned upside down, Orlando Figueroa Valle is still trying to bounce back from a broken heart. Unable to forgive or forget, he lives consumed by the sense of betrayal, undying love, and the need to detach from his frustration, his bitterness, and his pain. Only the ocean between them and zero communication with the one that got away will keep him sane.

Then Mother Nature intervenes in the form of a potentially catastrophic hurricane, bringing Saúl and Orlando together again. Hunkered down in the home they once shared, the only thing left to do is weather the storm and wait. For the torrential rain to wash away the hurt. For the waves of desire to erode the mistrust. For them to realize they will always be each other’s ray of light.

Second in the series, coming December 2018, Living On The Edge 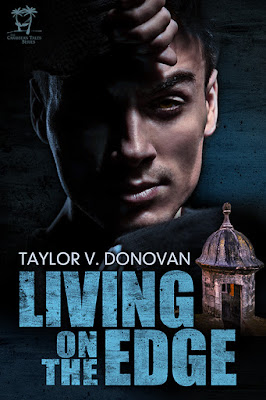 Damián Laporte Ortíz is an expert at leading a double life. Most people know him as a war veteran and highly decorated cop working for FURA-SOU, a specialized police unit in Puerto Rico. Others know him as a crook. The truth is he’s morally ambiguous and willing to bend rules. He is also barely holding himself together by keeping his worlds apart.

Gay rights activist Gael Cisneros Beltrán dedicates his life to representing the marginalized LGBT community in a place he otherwise considers to be paradise. Fighting for their rights consumes his days. Going home to his closeted boyfriend replenishes him at night. Balancing their needs, goals, and responsibilities is a complicated act, but their commitment to each other continues to stand.

No challenge is too great to overcome. Nothing can tear them apart. Not until their carefully built parallel lives finally collide. Now they must decide what matters more—the common good or their love. 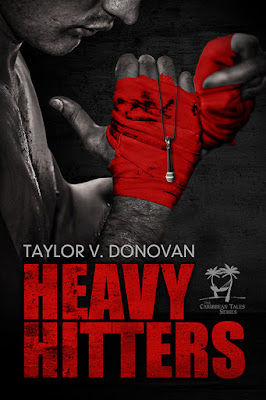 World boxing champion Santino Malavé González has been fighting since he was a kid. Poverty, domestic violence, and emotional abuse were early contenders. Guilt and self-loathing were beaten into him at an impressionable age, and now machismo, an integral part of the Latino culture, rules his existence. In the ring he’s undefeated, but being born with a nervous system genetically designed to be more sensitive to subtleties, emotions, and pain, life outside the ropes constantly hits him below the belt. Prone to hiding and protecting himself, it takes several sucker punches from his best friend to finally knock some sense into him and force him to face his true nature like a real man.

A natural born entertainer, Luca Jenaro Betancourt Ferrer has grown up serving God, performing, pursuing a career in music, and celebrating life among his tight-knit Catholic family under the scorching Puerto Rican sun. Singing the wrong note on stage is not a mistake the multi-platinum award-winning singer would ever allow. Falling in love with a man is not a transgression his devout family may ever accept. The ties that bind him are strong, but the pull toward his childhood best friend may just be enough to tear it all to shreds.

Anger, mistakes, bigotry, and the need to conform put up a good fight throughout their life journeys. Their religious and chauvinistic society constantly challenges their pursuit of happiness, and only time will tell if their relationship will survive the battles, or if they’ll lose each other by technical knockout.


The man, the myth, the living legend

“SM One…SM One...SM One…” thousands of fans chanted, clapping and stomping their feet to the tune of Queen, loud as thunder. “He will he will knock you out…knock you out…”

One lucky winner will receive a Kindle Fire 7"


Thank you for celebrating this fabulous author with us. Come back next week for more of Taylor's books and our author interview.