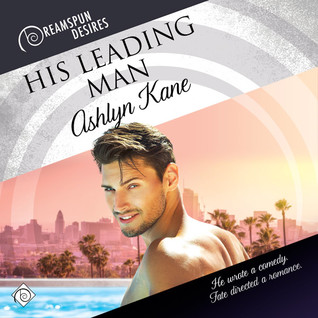 Drew Beaumont is bored of the same old roles: action hero, super villain, romantic lead. He’s not going to let a fresh gay buddy comedy languish just because they can’t find him the right costar. No, Drew bats his eyelashes and convinces everyone that the movie’s writer should play Drew’s not-so-straight man.

Aspiring writer Steve Sopol has never had a screenplay optioned. Now one of Hollywood’s hottest properties wants to be in a movie Steve hasn’t finished writing—and he wants Steve as his costar. Turns out the chemistry between them is undeniable—on and off screen.

Maybe a little drama llama would be ok...sometimes...

Drew Beaumont is a successful actor who's bored with the usual Hollywood fare when it comes to movie roles. So when he gets the chance at something that's different and pushes all of his acting buttons...there's not much that Drew won't do to not only have a role in it but to make sure the movies gets mad.

Steve Sopol is so close to having his dream come true of seeing his first screenplay become a movie...but is he desperate enough to step out from behind the camera when the leading man wants Steve to take on the role of co-star. Is Steve brave enough to speak the words he's written in front of the camera?

I wasn't looking for big, convoluted problems or overly dramatic resolutions and for the most part what I found was that any problems or conflicts seemed too be resolved just a little too easily to the point of bordering on tedious at times.

The steam and sex were fairly low key in this one and that's not an issue, but something somewhere has to happen to make me feel the connection between a couple and while I'm not a fan of over the top excessive amounts of sex. I am a fan of steam and heat and attraction...something that makes me say 'yes, these two are going to melt my e-reader' ...there has to be something that still gives me a sense of their connection, makes me feel a little melty inside but I just never quit felt it with this pair.  I could see where it was possible. On paper they're a good match. But I wanted to feel that connection not see it as a logical forgone conclusion...sorry, I'm a romantic sap about this stuff.


While both men had their problems to deal with...as well as being a self professed diva Drew's every move is scrutinized because of his fame as an actor and there was of course an ex or two in his past. Steve ironically has a bit more to deal with as well as an ex who thankfully stayed in the past but left his mark on Steve in terms of emotional damage. Steve has reasons why he wants his personal life to remain private but with stepping into the limelight it becomes not a matter of if things will be revealed but when.

Also just a quick mention as far as secondary characters go I really liked Steve's mom, she was one of the only sparkling moments in what turned out to be an ok but rather lackluster story. I truly don't need a lot of over the top drama in a story but I have to admit this one went a bit to far the other way.

It's been a long time since I've read anything by this author and I guess maybe I was looking for something more along the lines of 'Return to Sender' or her 'Lost Boys and Love Letters' series, I loved the hell out of that series...like really loved it...maybe it's time for a re-read? Or maybe if the audio gods are smiling on me these will be on audio one day (yeah, that's totally a hint on my part, but hey, you don't get, if you never ask, right?)

Thankfully, Kenneth Obi was the narrator for this one and while the story may have had some lackluster moments his narration did not and kept me on track with things making for a more enjoyable story experience.

An audio book of 'His Leading Man' was graciously provided by the publisher in exchange for an honest review.