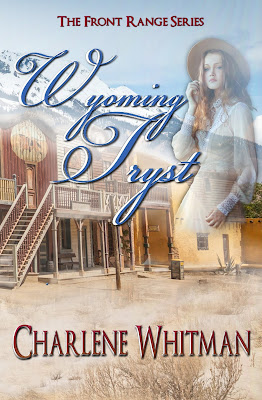 Two ranching tycoons. A decades-old feud. A sheriff bent on ridding the town of lawlessness . . .
In the midst of the trouble brewing in Laramie City in 1878, Julia Carson yearns to be free of her parents’ smothering and wonders whether she’ll ever find a man worthy to love in such a violent town rife with outlaws.
But when Robert Morrison sneaks onto her ranch the night of her sixteenth birthday party, Cupid shoots his arrows straight and true. Aware that their courtship would be anathema to their fathers, who are sworn enemies, Robert and Julia arrange a tryst.
Yet, their clandestine dalliance does not go unnoticed, and forces seek to destroy what little hope their romance has to bloom. The star-crossed lovers face heartache and danger as violence erupts. When all hope is lost, Joseph Tuttle, the new doctor at the penitentiary, is given a letter and a glass vial from Cheyenne medicine woman Sarah Banks.
The way of escape poses deadly dangers, but it is the only way for Robert and Julia to be together. It will take the greatest measure of faith and courage to come through unscathed, but love always conquers fear.

ORDER YOUR COPY BELOW:

"Hope is a good thing . . ."
Hope. It's such a powerful thing. I'm reminded of the ending lines of one of my favorite movies, The Shawshank Redemption—a movie all about hope: "Hope is a good thing. It may be the best thing. And no good thing ever dies."
We've all heard the saying "Hope springs eternal." There are probably thousands of saying about hope, but one really comes to mind when I think about my novel Colorado Hope:
"Hope deferred makes the heart sick" (Proverbs 13:12).
When thinking up the plot for Colorado Hope (since I already had the title and, of course, the theme), I tried to imagine what might be one of the most hopeless situations I could put my lovers in.
And what could be worse than losing the man you loved? Well, I decided there might be something worse—losing him . . .  only to find him again but not be able to have him back in your arms.
Can you imagine how you'd feel if the person you loved more than anyone else was swept away in a flood (or vanished due to some other disaster: earthquake, explosion, etc.)? There is nothing more horrific and despairing than the loss of a loved one.
And can you imagine the elation you would feel to learn your loved one hadn't died at all but survived—and is safe and whole?
You would jump for joy, cry tears, your heart pounding hard as you envision the sweet reunion and those warm arms around you again. Your hope would soar.
But . . . what if you ran to the one you loved, and you were met with confusion and rejection. Worse—what if you saw your beloved on the arm of another, realizing in shock that you'd been entirely forgotten—and there wasn't a thing you could do about it.
This is the predicament I gave Grace Cunningham, with the challenge of creating a story that would show the hopelessness of such loss. Anyone, I believe, would despair so greatly, they would lose all hope.
But Grace never let's go of hope. She knows it's the anchor that she must hold on to. And while it seems utterly hopeless that she'll be reunited with Monty, she never gives up. She has faith that somehow, one day, his memories will return and he will be back in her arms and come to know his little son, Benjamin.
Here's the synopsis for Colorado Hope. It's a story like no other, and not at all your typical romance. For the hero and heroine are already married, and, in a way, Grace must woo Monty all over again.


1875 ~ Beset by a sudden spring storm on the Front Range, newlywed Grace Cunningham watches in horror as her husband, Monty, is swept downriver. Pregnant and despairing, she stumbles into Fort Collins and tries to make a life for herself, praying that one day the man she loves will walk into town and back into her life.
Montgomery Cunningham wakens on the bank of a river with no recollection of who he is or how he got the gash on his head. A woman named Stella, who claims to be his fiancée, nurses him back to health. Plagued by images of a faceless woman who he is certain is the key to his past, Monty concedes to Stella’s pressure to marry him and move to Fort Collins, but he quickly regrets his actions.
A year after Grace’s tragic loss, Monty walks into the dress shop where she works—with a woman on his arm. Shocked that Monty has no recollection of her, Grace is determined to win back his heart. Somehow she must help him regain his memories and his buried love for her—and not just for her sake but for the sake of their infant son, Ben.
Monty, miserable in his marriage to a woman he hardly knows, is inexplicably drawn to Grace. Every time he’s near her, memories surface, but they are hazy and troubling. He’s torn between his vows and the desires of his heart, for he cannot stay away from Grace.
Grace’s hope is sparked when Monty starts recalling glimpses of his past. But when murderous outlaws come to town, she is thrust into grave danger. Monty risks his life to rescue her, only to face even greater perils in the treacherous mountains. Can she truly hang on to hope when she is about to lose all she loves?
This full-length Historical Western Romance novel takes readers on a heart-wrenching journey of love, loss, and hope amid the dangers and challenges in Colorado Territory’s wild frontier. 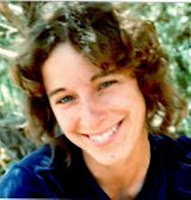 The author of “heart-thumping” Western romance, Charlene Whitman spent many years living on Colorado’s Front Range. She grew up riding and raising horses, and loves to read, write, and hike the mountains. She attended Colorado State University in Fort Collins as an English major. She has two daughters and is married to George “Dix” Whitman, her love of thirty years.