Fish Out Of Water #3 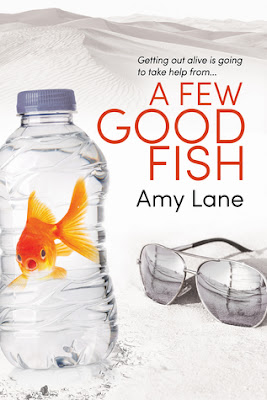 
“Hunh,” he said as Ellery locked the car and they looked for people heading toward some sort of entrance for the service.
“Hunh what?” Ellery asked, caution in his voice. He seemed to think that was a scary word coming from Jackson. Jackson had no idea why.


So I’ve had a few memorable fights with my editors, but one of the most important was the one that saved this word.

I needed a sound—one of those sounds that people who grew up in the same place make.  I heard this first with my students. “Aight?” – didn’t matter the student’s ethnicity or place of birth, by the time they hit their last two years in high school, they’d say this word.

“Yeah—I’m gonna go to the cafeteria for a soda. Coming with, aight?”

Of course, it’s a short form of “All right?”  but used often enough, it has a life of its own.

Northern California is a repository of words like this—although I’m sure every area has its favorites. Some of them made it to the mainstream. “Hella” was around for a good long time before she became a Norse Goddess of War. People my parents’ age can build a paragraph around “Nnyeah?”  We’re still riding the wave of “Waaaeeeeeeee?”

Of course all of these words can be traced back to actual words, but I’ve taken enough linguistics courses to be fascinated by what they mean with the different pronunciation and inflection. Fluid language is an amazing thing, like a shapeshifter or a witch. It can change who we are as people and how we relate to each other.

In the case of Fish Out of Water series, “Hunh” is the word that Jackson, his best friends Jade and Kaden, and Kaden’s wife Rhonda grew up using. Unique to their school, to their area, to the group of people who interacted in that area twenty years ago, it’s something that binds the four of them together in ways that Ellery doesn’t understand. He can try to use it, sure, but the fact is he can’t read it completely yet, and even though he’s using it to become closer to Jackson and his family, he’s never going to have that shared experience.

But Jackson hears him, and knows he’s trying.

“Hunh.” Ellery let go of his hand so he could drag a chair near the gurney and sit down.
“What does that sound mean?” Jackson asked suspiciously. “I know what it means when I make that sound, but what does it mean when you make that sound?”


And Ellery knows that the more he hears it, the more he tries to use it, the closer he gets to the tiny circle of people Jackson has let into his heart.  Even if it’s not always easy.

“You do know he’s in the hospital with a concussion, right?” he asked, stalking away from Jackson’s bed, where Jackson was struggling with his clothes.
“No, because neither of you assholes told me!” Jade snapped. “I got the message about the new phone numbers and the kid from my brother, but a concussion? What in the hell did he do?”
“Nothing,” Ellery muttered, because every account confirmed this version. “He tackled someone to keep him from getting shot, and a planter fell on his head. Everybody swears it wasn’t his fault.”
“Hunh.”
Unlike with Jackson, where Ellery really hated that sound, Ellery got it with Jade. With Jade, that sound meant “I think you’re speaking utter and complete bullshit, but you’re not worth the trouble it would take to get a better answer from you.”

Eventually he’ll get it. And in the meantime, it’s fun to watch him try.

Mother, knitter, author, wife, fur-baby wrangler, dreamer--Award winning writer Amy Lane writes romance because the voices in her head are real and she wants them to be happy at the end.