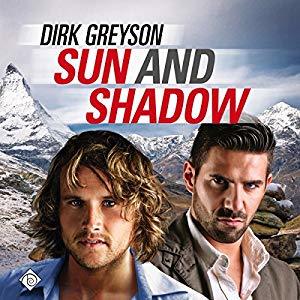 
Dayton “Day” Ingram is recovering from an injury suffered in Mexico—and from his failed relationship with fellow Scorpion agent, Knight. While researching an old government document, Day realizes he might be holding the key to finding an artistic masterpiece lost since WWII.

But the Russians are looking for it too, and have a team in place in Eastern Europe hunting it down. Day and Knight are brought back together when they are charged with getting to the painting first.

Knight wants to leave Mexico and everything that happened there behind, and return to the life he had—except it wasn't much of a life. When he's partnered up with Day, keeping his distance proves to be challenging. But Day is as stubborn as Knight and isn’t willing to let him walk away.

Their assignment leads them through Germany and Austria with agents hot on their tail—agents willing to do whatever it takes to get to the masterpiece first. If Day and Knight can live long enough to find the painting, they might also discover something even more precious—each other.

Turns out that things went a little better this time around...

Ok, here we are at the end of book #2 and somethings worked better for me so let's take a look at them...

First off there's the overall story...the mystery/thriller/action all that stuff and this time around this part of the story was on the plus side of things for me. I liked the story premise...a lot! I'm a bit of an art geek so when story is based artworks like this one was it gets brownie points with me from the get go and then there was the whole issue of the race between Knight and Day vs the Russians which definitely had some good moments even...dare I say humorous ones...
like when Day told Knight they couldn't go around messing with the cars of every Russian they meet...ok, if you say so Day but personally I'm cool with it, especially when it seems like every Russian you meet is trying to kill you. I say go for it.

and then we have Knight. I'm still not sure that I can say I like him but I was happy to see a bit of growth with him and I liked the whole side story of him and the kid that he caught robbing his garage...it was sweet, but not overly and that's all I'm saying on that subject. Well that and the fact that this was a nice little side step from everything else that was happening and I liked getting to see Knight interact with someone other than Day or the 'bad guys'. While he still maintained his gruff demeanor, we also got to see a kinder more caring Knight than I had believed was there...I have hope!

As for Knight and Day's relationship well there was a bit of growth there as well. While Knight's still got a long way to go at least this time around we got to see a bit of introspection on his part...although the visit from the dead wife was something I so could have done without...but maybe that's just me.

Day has thankfully stood up for himself form the word go with Knight and I like that this continued in spite of the fact that he's willing to take care of Knight when he's needed, it didn't mean that he wouldn't stand up for himself whenever Knight decided to be a jerk! Day would call him on his douchy behavior, something that Knight desperately needed. But on the other side of this coin I have to admit that I found it hard to buy the attraction between these two because of how often they were at odds with each other...maybe, if this aspect of things could shift a bit so that the conflict between these two eases up a bit I'll find them to be more believable as a couple and maybe that's just me and I'm cool with that too. We all have our own personal preferences as to what does or doesn't work in a relationship and I can honestly think of more than one couple that have had pretty high levels of antagonism going on between them and still as a couple it's worked for me. This is such a subjective aspect and while Knight and Day aren't quite there for me as a couple at least this time around I started to feel like I could see the possibility.

Once again I was treated to the opportunity to enjoy the narrations of Andrew McFerrin and he did not disappoint in any way especially since having the same narrator in the second story as there was in the first one made it that much easier to become invested in the story.

Even more important than whether or not a narrator sounds how I think a character should sound is having the consistency of that character sounding the same from story to story. Something that adds believability and realism to the story for me as a listener.

So far there's one more book listed for this series, 'Dawn and Dusk' and I have to admit while I doubt I'll read the e-book if it gets released on audio and  Andrew McFerrin's the narrator I may just give it a try.

An audio book of 'Sun and Shadow' was graciously provided by the publisher in exchange for an honest review.