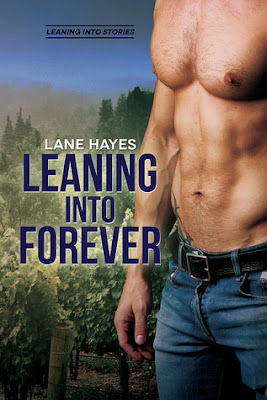 
Geordie de la Rosa is a legend among wine lovers in Napa Valley. His ultra-fabulous style paired with a penchant for leading impromptu sing-a-longs has made him a star attraction at Conrad Winery. Co-owning a well-respected winery was never Geordie’s aspiration but he likes the niche he’s made for himself. He won’t deny that his job and his friends have helped ease his heartache and grief after the death of his longtime partner.

Levi Yeager excels at the art of reinventing himself. He’s been a minor league baseball player, a college coach and now a restaurant owner. The problem is he doesn’t know anything about the food business. And when his chef quits unexpectedly, he’s afraid his new venture is doomed. But Levi isn’t a quitter. It may be the only thing he has in common with the beautiful, sassy man from the neighboring winery who agrees to help get his new business up and running. Neither man counts on their fast friendship or the wild attraction they feel for each other. However, they know they won’t stand a chance until they let go of the past and lean into forever.

I've been yearning for Geordie's story for so long, I was certain disappointment was lurking on the horizon. Geordie needed someone special, someone who loved him just as he was—show tunes, diva antics, and all.

But I doubted anyone would be good enough for the Geordie I fell in love with in book 2. For nearly four years, Geordie has been grieving the death of his other half. Mike was seventeen years older than Geordie and was Geordie's best friend, his partner, his love. Mike built Geordie a castle and made him queen of the grapes. Geordie can't move on. He talks to Mike and wears all black, and every day he exists in sorrow.

Then one day Geordie meets the man who's opening a new Mexican-American fusion restaurant around the corner from the winery Geordie runs with Wes.

Levi, with his easy smile and flirty ways, is a former minor league baseball player. He wears flannel shirts, concert tees, and worn jeans. Not that Geordie pays attention. Geordie doesn't notice anything about Levi, which is to say, he notices everything.

I swear to god I was a fucking mess while reading this book, which is at once poignant, romantic, and heartbreaking. It is ALL. THE. THINGS.

It's banter and a pink Vespa. It's frantic coupling and tender kisses. It's a man who sees you, really sees you, sees your flamboyant self, your broken heart, and will make a grand entrance just to hear you laugh.

Levi is amazing. He doesn't try to tame Geordie's theatrical side. He's patient, and he listens. He's been in the closet and doesn't want to go back. Levi wants Geordie madly but knows he can't compete with a dead man.

"You're beautiful," he countered. Something in his tone stopped me ...

"This is beautiful? Oh Levi, you can do so much better than this."


This is not a fast-paced story, but it's perfect. The relationship develops slowly, naturally. The men talk about their fears. And they talk about fonts. They talk about movies and wine and the DMV. Levi has Geordie's number, even if Geordie won't acknowledge he's worthy.

Levi's ex shows up. But Geordie is a cool customer. He wears thigh high boots and kneels over a bench. And Levi fucks him six ways from Sunday.

Yeah, Geordie isn't jealous. AT ALL.

I smiled. I cried a little. I raged (mostly at Marshall, whom I wanted to stab with a butter knife). And I cheered like a madwoman. Because Geordie deserved another HEA.

It's not greedy to love again. Moving on doesn't mean forgetting the past. It means embracing your future and riding off into the sunset with the man you love on a scooter the color of Rosso Passione.