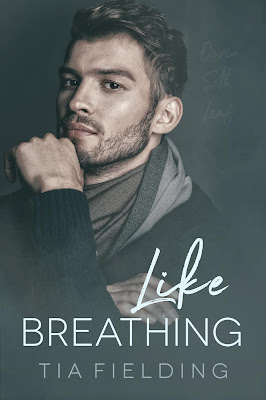 A love as easy as breathing.

Life started out rocky for Devin Rice, but it’s turned out pretty well. He has adoptive parents and a brother who love him, and he works as a coder for his dad’s video game company. Romance is scarce, but a chance encounter leads to more than he ever expected.

While dropping off an assignment for his sick brother, Dev meets his mentor. Art history professor Seth Kent is brilliant and gorgeous, just what Dev has been looking for. Except that he’s in a long-term committed relationship.

Seth’s partner, Leaf, is older and sees the world differently due to his unusual upbringing. To him, the clear attraction between Seth and Dev isn’t a problem, it’s an unexpected gift. After all, Leaf is often on the road, going wherever rescue dogs need rehabilitation.

When Leaf meets Dev, all the missing pieces fall into place, and three men from different worlds and at different points in life fill each other’s empty spaces. For them, building a future together is the most natural thing in the world. But their unconventional love causes waves in their careers and family dynamics, and each man has his own doubts and fears to overcome.

I guess I’ve always been, from a very young age, one of those people who love details and things that are a bit different. My favorite My Little Pony wasn’t the prettiest one, it was the one who sat when the others stood, even though I didn’t like its markings so much. My favorite Barbie was battered, because I’d inherited it from a cousin, but it had the face I found most appealing as it was an older “model” of Barbie.
As a child, I fell in love with a song that had a handful of especially pretty notes in its bridge. Once in a whole song, yet it was still special to me. To this day, the song makes me smile.
I had a crush on a teacher who had different colored eyes, even though they weren’t beautiful in any other way. I found a horse lovelier than others, because it had a little spot of white on its bottom lip, hidden unless you knew exactly where to look.
The one spot in my childhood home’s yard always smelled so nice compared to any other place. And there was that one boulder with the almost cup-like dent in it where I could put things when I played by it—it wasn’t a good spot to play in, but because of the dent, I endured all the rest.
Little things. Tiny things. Looking more carefully. Making people go “huh?” when I pointed something out. Having adults look at me fondly when I explained about a thing they hadn’t noticed.
I think sometimes I put details in my stories that nobody notices. Or maybe there’s one reader for each book that notices it and maybe they bypass it or smile or laugh or cry? I don’t know, really. There are little details that mean nothing for anyone but myself and maybe one character in the whole book. But for me, they make the story what it is. The indulgent author in me revels in these little things and they sometimes keep me writing when my muses try to say it’s time to stop.
It’s funny how sometimes I find these things in my WIPs, too. Like the time when I read an old WIP and found an aged drag queen’s lipstick color named after my favorite flower, or when a house I’d described in another story was partially based on a building I’d been in as a teenager and I’d fallen in love with.
Lately, when real life stress and my basic mental health issues have made me lack spoons for writing, I’ve channeled the “little things” aspect a bit differently. I’ve been using an extremely cheap macro lens you can attach to your iPhone and taken bunch of macro photos. 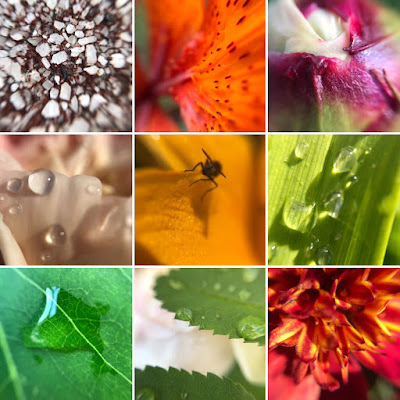 It’s oddly freeing, walking around my parents’ yard in the countryside, crouching to take photos of this or that thing. A flower, a leaf, an extreme closeup of a statue, moss on the surface of a birch tree, or maybe something completely different like the nose of one of my cats, or the patterns pollen has made onto the surface of my dad’s car.
More than any other type of photography, taking macro photos makes me disappear into the moment. It keeps me concentrated for long seconds as I try to use the crappy lens to get something good out of whatever I’m trying to snap a picture of.
It’s… peaceful, almost, the headspace it brings me, and for someone with ADHD… let me tell you it’s more than welcome!


Here are a few collections of my macro-photos from this summer. Not all of the shots are in any way perfect, but as I’ve stated, I find beauty in the little things, sometimes quite literally. 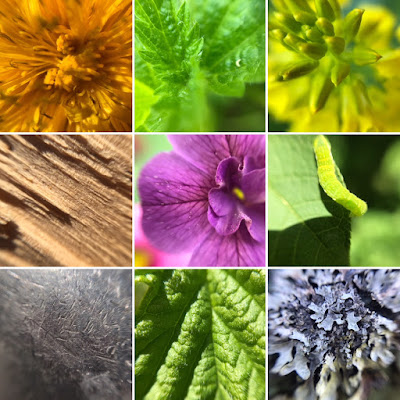 Tia Fielding is a thirtysomething Scandinavian who is a lover of witty people, words, cats, sarcasm, autumn, and the tiny beautiful things in life. Tia struggles with stubborn muses and depression, but both are things she has learned to live with. Tia identifies as genderqueer, but isn’t strict about pronouns. Why? Because luckily, in her native language there aren’t gender-specific pronouns. Being a reclusive author living with her fur-babies is another fact of life for Tia, among the need to write that seems to be a part of her psyche by now. In 2013 one of Tia’s novels was recognized by the industry’s Rainbow Awards in the Best LGBT Erotic Romance (Bobby Michaels Award) category.