Blogtour: A Fool And His Manny by Amy Lane

A Fool And His Manny


Let Me Comfort You

I’m going to hazard a guess—I know where this started.

Does everybody remember that episode of Star Trek?  “Journey to Babylon”?

Spock’s estranged father, Sarek, boards, along with Spock’s human mother and a bevy of quarreling diplomats. Spock is needed to give his father a life-saving transfusion just as Kirk is seriously injured by a spy in the diplomatic corp. The ship is under fire, Sarek’s going to die, and Kirk bravely gets out of bed to take the bridge and spare Spock the agonizing decision!  Oh, the pain! Oh, the love! Oh, the sight of a shirtless William Shatner before the Priceline commercials and the weird politics!

I’ve had a thing for the wounded hero ever since. (Really, Amy? We had no idea when you almost killed Deacon four times in the course of Keeping Promise Rock.)  There’s just something so delicious about someone who is physically injured and still manages to do what must be done!

Especially someone who is strong and self-reliant, and who hates being cared for because he can’t trust the world to care for him.

Someone who finds himself being loved and showered with kindness, and closes his eyes and trusts himself to someone who doesn’t let him down.

So although I don’t do the hurt/comfort trope every time out of the gate, when I get a chance to indulge in some serious comforting? I am a happy girl.

Quinlan made me very happy.

For one thing, he’s the manny. And he had to be competent, because we don’t really love the manny who can’t be a man about dealing with children. So he had to be good at the child-handling part—and we do see a learning curve. Eventually—after a few pithy comments from Dustin and his sister who were ever-so-disdainful about the new guy, Quinlan was not only competent, he was outstanding. So outstanding that he got used to being the one that everybody relied on. The caretaker. He knew how every kid liked their sandwich, who their friends were, what their homework was supposed to be, and when they were supposed to be in bed.

So even though Dustin had been an adult for several years, that whole, “I’m the adult and you’re the kid” thing had to be pretty strong with him, and one thing parents try really hard to do is not to let their kids see them weak. It undermines all those times we really DO know what we’re doing, right?

So here’s Quinlan, trying to show that he’s the grownup, and Dustin has been wearing him down about dating for months—and being sexy and grownup and alpha—and Quinlan is starting to dig it! He’s starting to believe it!

And then the stomach flu hits while Quinlan is on tour, and by the time he gets home, he’s practically non-functional.

And there’s Dustin, the grown-up, ready to take charge.

And we get to see a guy who has firmly placed himself on the edge of this family, peering yearningly into the chaotic center, being made the center of attention, and while he’s uncomfortable with that, it doesn’t mean he deserves it any less.

So yeah, I love the hurt/comfort trope. It’s one of my favorites.

I can’t wait to see where else it crops up! 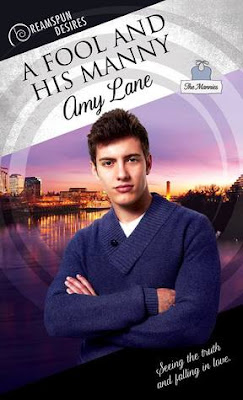 Dustin Robbins-Grayson was a surly adolescent when Quinlan Gregory started the nanny gig. After a rocky start, he grew into Quinlan’s friend and confidant—and a damned sexy man.

At twenty-one, Dusty sees how Quinlan sacrificed his own life and desires to care for Dusty’s family. He’s ready to claim Quinlan—he’s never met a kinder, more capable, more lovable man. Or a lonelier one. Quinlan has spent his life as the stranger on the edge of the photograph, but Dusty wants Quinlan to be the center of his world. First he has to convince Quinlan he’s an adult, their love is real, and Quinlan can be more than a friend and caregiver. Can he show Quin that he deserves to be both a man and a lover, and that in Dusty’s eyes, he’s never been “just the manny?”

QUINLAN GREGORY’S body hurt. All of it. Every molecule.
He hauled the last suitcase out of the Lyft and paid the guy, then started carting his luggage—and his trumpet case—gingerly across the driveway, avoiding clots of dirt and tufts of grass on the concrete as he went.
Jacob had told him during his last phone call that the dog had gotten out and brutalized the new sod, but Quinlan hadn’t believed what a massacre it was until now. Anybody else would have disowned the ginger-haired mutt—aptly nicknamed Hellhound by Belinda, one of their daughters—but not Jacob and Nica Robbins-Grayson.
Quinlan’s bosses had a knack for picking up people and animals and giving them a home and then thanking them for all their help.
He should know—he’d been their manny for nearly seven years.

Their youngest, St. Peter (or, well, Peter, but Jacob and Nica insisted on calling him St. Peter in the hopes that God would be appeased and might not create a holy miracle and bless them with a seventh child) was seven this year, and Quinlan was wondering when they were going to let him go.
This job had been sort of a dream for a musician who traveled during the summer and took classes and worked night gigs in jazz bars the other nine months out of the year—but Quinlan’s last college tour had ended four days ago in a miasma of pain and dysentery, and he was twenty-seven years old.
It was high time he grew up, became an adult, stopped living in Jacob and Nica’s garage apartment, and found something responsible to do.
But first he wanted his snug little rooms, with the paneling Jacob had put in before he moved in, and the hardwood floors, and the rug Quin had bought in Vancouver, and the bed he’d put on layaway until Nica had bought it for him as a surprise when he’d come home from his summer tour the first time.
His fish tank.
The fuzzy blanket the kids had gotten him for his third Christmas with the Robbins-Graysons.
The pictures of him and the kids and the whole family at birthdays, graduations, and three weddings, including Sammy’s.
Oh, Sammy.
God. His home. It was his home, and he felt like crap on a cracker, and he needed his home.
He hauled the luggage up the stairs, both bags with his trumpet case under his arm, and was going to use the key but the knob twisted under his hand. Uh-oh—somebody must have left it open when they were feeding the fish. Maybe Dustin.
Dustin had been in his apartment. For a moment that shocked him out of his misery, even though the kids had been in and out of his apartment since the beginning, but then his stomach cramped again.
Well, no worries. The couch and television seemed unmolested, although there was a dirty dish and a coffee cup in the sink.
Quinlan set his luggage down, relieved beyond words. He worked out and ran—normally he was pretty strong, but after the stomach bug kept him hugging the toilet for four days, well, he was about done.
So ordinarily he would have noticed that the air conditioner was on, and someone was watching something in the bedroom, and every light and ceiling fan in the apartment was running.
But he was busy stripping his sweat-soaked shirt over his head, so it didn’t really hit him that somebody else was in the house until he opened the bedroom door and saw….
Oh God. 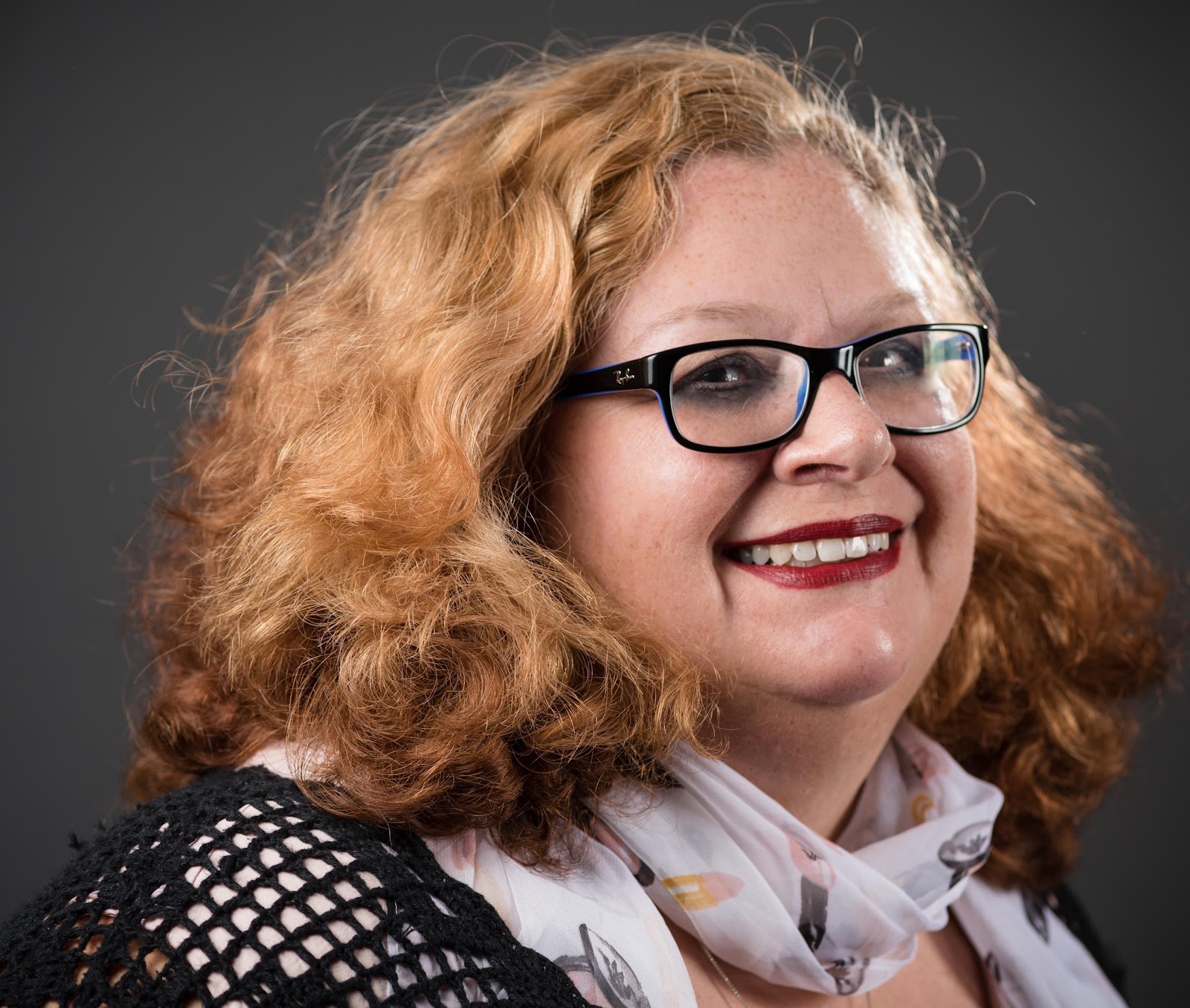 Award winning wool-gather, Amy Lane lives in a crumbling crapmansion with the children who are still growing, a fur-baby mafia, and a bemused spouse. She has too damned much yarn, a penchant for action adventure movies, and a need to know that somewhere in all the pain is a story of Wuv, Twu Wuv, which she continues to believe in to this day! She writes fantasy, urban fantasy, and gay romance--and if you accidentally make eye contact, she'll bore you to tears with why those three genres go together. She'll also tell you that sacrifices, large and small, are worth the urge to write.