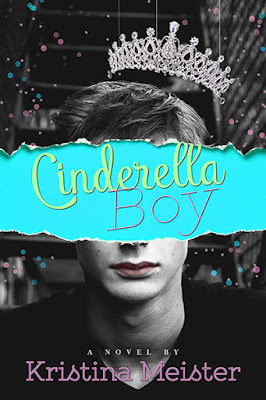 Being perfect isn't all it's cracked up to be.

Sixteen-year-old Declan is the perfect son . . . except for one tiny issue. When his sister Delia comes home to find him trying on her clothes, he fears her judgment, but she only fears his fashion choices. One quick makeover later, Declan is transformed into Delia’s mysterious cousin Layla and dragged to the party of the year, hosted by Carter, the most popular boy in school.

When Carter meets Layla, he fumbles to charm her. He adores her sense of humor and her poise. But when she vanishes in the middle of the night, he’s left confused and determined to solve the mystery of who she is.

As their school year begins, their high school embraces a policy of intolerance, and both Declan and Carter know they must stand up. Carter is tired of being a coward and wants to prove he can be a knight in shining armor. Declan is sick of being bullied and wants desperately to be himself. If they team up, it could be a fairy-tale ending, or a very unhappy ever after.

The Contract
Editing—apparently about as comfortable as peeling off skin and as tedious as trying to have a pleasant conversation with TSA agents. Whether staffing a writers’ conference, clocking into an internship with an agency, or freelance editing, I get the distinct impression everyone I work with is terrified they might be asked to change something about their book.
It seems like there’s a huge misunderstanding of what editing is and why it’s important. People aren’t seeing their writing in the proper light. For me, editing is critical and the part of the process I like best. It’s the moment the book goes from being an egotistical wank-off to a conversation. It goes from mine, to ours.
Why write at all? It’s to provide commentary or perspective on unfolding events. It’s to entertain. It’s to give your perspective to the world. Therefore, it has to be accessible to its audience. It has to be something that overlaps their experiences just enough to be recognizable. You want to show someone another world? That’s wonderful, but you always need to anchor it to what the reader’s reality, or they will be lost within moments. Each new reader, each time they read the book, enters into a new contract with the author. New discoveries are made each time—not because the words in the book have changed at all, but because the reader has grown. They may even have grown because of your book.
Writing, as a craft, has to allow for that. Prose have to leave space for the reader to settle into, get cozy, and find themselves represented. Think of a window—you can see out of it, but you can also see your own reflection upon its surface. The writer controls the lights.
Editing is the methodology behind this illusion.
I’m not talking just about copy editing. I mean, I have spent hours debating with a line editor whether or not I needed a comma in a sentence. (I know, you’re thinking “Oh my god are you effing serious, you cow!” but I’m telling you, it was a one-liner and the comma threw off the punch.), but the truth is spelling and grammar and punctuation are just the rules of engagement. There’s a line to how far we can go without losing our audience.
Now, content editing…most writers can’t even discuss it. I speak from personal experience. When someone suggests I rewrite something or change how a character is depicted, there’s an instantaneous shrieking of “No! My baby!” in my heart. Then there’s the dismay that by changing that thing, some subtle nuance is lost. Then comes the horror that maybe they don’t even like the book. These stages used to take days to play out in my psyche, but now pass through in seconds. I’ve done this dance so many times, playing all the parts, that I get it. I can honestly say that in most cases, the editor wants it altered to improve the book’s accessibility to the reader. Your experience may be important and that specific detail very unique, but sometimes those obscure qualities detract from the reader’s ability to engage the text.
Let me give a good example: dialects. I love writing them. Like, I legit eat that Mark Twain ish like it’s candy, but come on. It’s difficult to read. Let’s use Cockney as an example—I’m talking center of London, under St. Mary’s, “Ullo, Guvnuh!” Someone coming across that in the middle of a book is going to lurch to a dead halt. They might read it once, twice, three times, but after a while, they’re going to give up. You’ll have lost them, because they’ve lost the continuity of the text. An editor might come along and ask the author to dial it back. I promise you, fifty percent of the time, the writer makes a big stink. “GAH, MY ART IS WASTED ON YOU!”
Come on. Simmer down. The story isn’t going to be RUINED because one word didn’t strictly adhere to the fuzzy consonants rule of transcription.
Chill.
You have one job. You’re the medium. So you’re capturing a moment, an experience, a feeling for a reader, but don’t your readers have more than enough background and substance to contribute? You’re constructing an argument or a point—awesome! But don’t you want to make sure that you’ve done that well? You need feedback to figure out if you’ve accomplished your goal, told that story well, captured the poetry there.
But let’s say there’s thing of pivotal importance. Let’s say that your editor wants you to completely cut out a character, or a sub-plot. I’m friends with a great author with an amazing series that’s snarky Chick-lit crossed with Gothic Horror, reminiscent of Jane Austen. She once told me that her first agent asked her to remove all the jokes from the book and turn it into a serious, hard-core horror-themed romance in the same vein as Interview With An Emo or Fifty Shades of Porn. I stood there open-mouthed in shock. How could someone be so oblivious as to ask for the removal of the one unique trait that did most of the messaging? She took out the jokes and guess what, the book went nowhere. She had to leave that agency and put all the jokes back in, in order to sell the series, because it turned out her original vision was the thing that was most important.
So how do you know when to say yes to a content edit? I have a quick and easy formula for this. Ask yourself “Who is my audience?” Who is reading this book? Who is taking up the slack you lay down, signing their name to that compact to see that this story is brought to its conclusion? Who is that person?

And will you lose them if you make this change?
You might gain someone else, but is that the person you’re trying to reach?
Editing is how we make sure our work aligns with its audience, how we establish consistency of voice and flow of the text, but it’s also the moment we, the authors, really think objectively about what our book is going to do—its mission. Lots of writers think of their books as their children, but I think we need to reevaluate that, especially those of us writing for change. We need to think of our books as weapons, as missionaries, as rhetoricians or philosophers about to step out on stage. So when considering submitting a work to an agency or publishing house, get it edited. Don’t be afraid to hear someone’s perspective on it. Your work won’t be affected unless you take that criticism to heart. Nothing changes, except perhaps your understanding of your readership and the purpose of your work.


Editing is writing. It is craft. It is art. Editing is our signature on the contract with our readers saying that we know this experience is theirs as much as it is ours. You don’t have a true accord with a patron if you don’t make an effort to leave space for them. You don’t have a novel if there’s not one thing you’ll change. What you have is an act of ego, and readers can always tell. You’re a reader. You know I’m right. 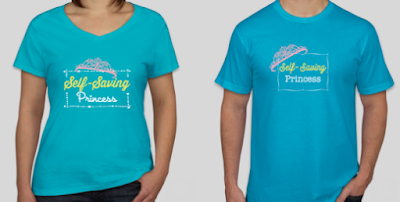 To celebrate the release of Cinderella Boy, Kristina is giving away a canvas swag bag (with cover art) that includes a t-shirt, an engraved pen, and a tiara! (Yes, really!)

Leave a comment with your contact info to enter the contest. Entries close at midnight, Eastern time, on July 7, 2018. Contest is NOT restricted to U.S. entries. Thanks for following along, and don’t forget to leave your contact info!