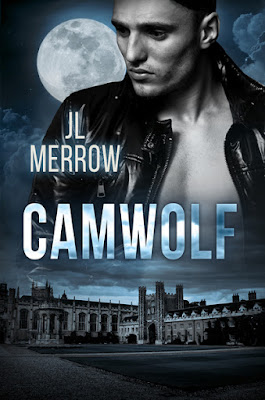 A race to save his lover—by becoming his own worst nightmare.

Dr. Nick Sewell has it all. Good friends, a career as a Cambridge academic… and recently, a tendency to turn into a wolf every full moon. When a new student arrives from Germany, Nick is horrified by his visceral attraction to the troubled youth—not to mention his violent jealousy when he sees Julian with another man. He’s floored to find out Julian is a werewolf too.

Unlike Nick, Julian has spent his life among other wolves, and in this subject, he’s the teacher and Nick the student. Nick struggles to adjust to this reversal of roles, especially since he’s an alpha and Julian a natural submissive. That dynamic just adds to the attraction smoldering between them, whether they’re in human form or wolf.

But Julian’s pack and the abuse he suffered isn’t far behind him, and it wants to reclaim him. For Nick to hold on to his lover, he’ll have to embrace the monster within.

Camwolf was previously published by Samhain, but has been completely re-edited and given a lovely new cover for this second edition by Dreamspinner Press.

Hi, I’m JL Merrow, and I’m delighted to be here today as part of the blog tour to celebrate the release of Camwolf, my werewolf romance set in my alma mater, Cambridge University. Nick is a lecturer there, and Julian a student.
City of Perspiring Dreams, a phrase used by Frederic Raphael to describe Cambridge, is, of course an answer to the famous description of long-term rival Oxford* as the city of dreaming spires. As an ex-Cambridge student, I can attest that never was a nickname more apt.
Getting into Cambridge University may be a dream, but they certainly make you sweat while you’re there. 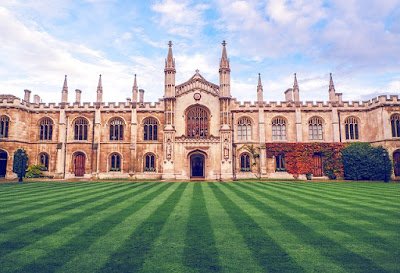 Back in the good old days, when men were men and women hadn’t been invented yet, there wasn’t a lot of perspiration involved in getting a degree at Cambridge. Bicycles didn’t become the ubiquitous student transport until sometime after the nineteenth century, mostly because they hadn’t been invented yet either, and in any case the Fens area tends to be nice and flat so there’s no pesky hill climbing to get to lectures.

Another pesky, and perspiration-inducing, thing that wasn’t invented until long after the university started conferring degrees was the written exam. In medieval times, all you had to do to graduate was have a heated debate with your tutors and, more importantly, make sure you’d spent the requisite number of nights in Cambridge (“keeping term” is still a requirement today).


It took a while for written exams to really take off—roughly two hundred years, between 1700 and 1900—but nowadays, they’re all that your degree depends on.****

What this amounts to is a heap of pressure on students. And while this is true everywhere, there are definitely extra stressors unique to those in an elite university. Competition for places is fierce: you don’t get in unless you’re the best. Trouble is, once you do get in, you’re no longer the best. Statistically speaking, you’ve got an even chance of being one of the worst.

It can be very hard to adjust to going from a big fish in a small pool, to a small fish in a big pool. Or maybe (or so the doubting voices in your head tell you) you’re not even a fish. You’re a worm, and one of those bigger fishes is currently eyeing you up and wondering if you’re worth making a snack of.

And this is where the perspiration starts…

Fortunately, at least most students don’t have to deal with the sort of issues Julian faces in Camwolf!

Question for readers: does your home town have a nickname? Does it fit? (tell us in the comments)

*Literally centuries, dating back to 1209 when Cambridge was founded**. Up until the 19th century they were the only two universities in Britain.
**Yes, Oxford got there first. But Cambridge is better.***
***This is a true fact and in no way a subjective judgement.


****Well, that, and spending the requisite number of nights in Cambridge.

JL Merrow is offering a prize of a $10 Dreamspinner Press gift certificate to one lucky commenter on the tour, who will be randomly chosen on Wednesday 25th July. Good luck!