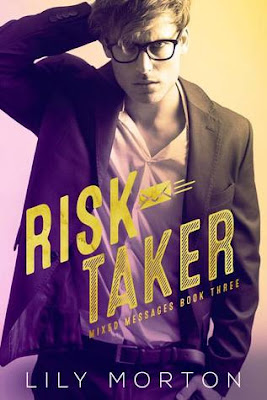 
Henry’s the odd man out. All his friends are settling down, and his reputation as the Hook-Up King of London seems more like a curse than a blessing these days. Especially when it keeps photojournalist Ivo, his best friend and the brilliant man he’s loved since they were fifteen, at arm’s length. But that’s where Ivo wants him, right? Putting aside his feelings, Henry decides to give up casual sex and look for the real deal. After all, he has no chance with Ivo - or does he?

Henry is everything to Ivo. Best friend, soul mate, the one person who has never let him down. The one person he is loyal to above everything and everyone. But Henry’s in a box marked best friend and that’s where Ivo’s kept him for nearly twenty years, despite steadily falling in love with the gentle man. And besides, why would Henry want to date Ivo? Burned out and injured, he’s the walking embodiment of damaged.

Distance has helped Henry and Ivo keep a lid on their attraction, but when they find themselves in the same city for a change—Ivo hurt and needing assistance, and Henry more than willing to provide it—the two best friends grow closer than ever, forcing a realization, and a decision. Risk their friendship for their hearts? Or can they have both?

"All I could see was you, so bright and warm and gorgeous. You're the only thing I ever see."


How do I love thee? Let me count the ways:

Romantic: YES! Henry and Ivo have been in love since they were teens. Henry has unconsciously waited for Ivo all these years.

Ivo has wanderlust and is dedicated to his job as a photojournalist, because that's what his dad did; it's what he's expected to do. But Henry is Ivo's home, and Ivo always, always comes back.

Hurt/Comfort: Ivo is severely injured during his last trip to the Middle East. Henry finds him bloody and exhausted on his doorstep. Henry is always taking care of Ivo.

Family/Friendship: Henry has a wonderful relationship with his older brother Silas and his friends. Ivo is more of a loner.

Both have complicated relationships with their parents. At one point, Ivo was Henry's stepbrother. Ivo's mom, a practiced gold digger, was married to Henry's homophobic, abusive father. Ivo always comes when his mom calls, and Henry hates her for it.

Humour: SO MUCH YES. I loved the banter and the very Britishness of the dialogue. Henry's dates, especially the "standoff" at the restaurant, were absolutely hilarious.

My favourite thing about Lily Morton's books is how much they make me laugh, and I mean uncontrollable giggling & full-on belly laughs. JOY!

HEA: Eventually, YES, a glorious HEA (epilogue set five years in the future), but the men have to work for it.

Angst: Some, and it's all internally generated. Neither man wants to acknowledge how much he loves the other. Ivo especially resists talking about their relationship at all costs. This was so frustrating, and the only reason I rounded down instead of up.

Steam: HELL YES! So much hot sex, I can't even. These two have been lusting after one another for so long, once they connect, it's all systems GO.

Standalone: YES. Henry was Gabe's roommate in college, so we do revisit with the MCs from the first two books here, but Risk Taker can be read as a standalone.

"When I die, I'll have your name on my lips, and my last thought will be of you."