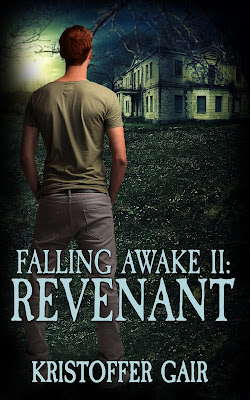 Andrew turned off his flashlight and moved across the room towards the window facing the main street, careful not to step on anything. There were so many sharp bits and pieces scattered across the floor, so many potential ways to get hurt. He stared out into the night, at the farmland, at the lights from other houses with families too far away to have heard the screams or to have helped, and the skyline he couldn’t see, but still knew existed.
They were out there. They, the two men who’d done this, were somewhere out there in the distance. They, who had never been identified, who had vanished from the area without a trace, who inflicted the worst loss of innocence on a community in their wake, and the kind of scars not visible from the outside. They remained out there. They did this.
“No,” a guttural voice, making a noise that sounded like it was partially blocked by something wet, gurgling, and sticky, corrected him. “You did this.”
Andrew’s heart hammered in his chest, and he nearly sent himself sprawling sideways when he whirled around. He gasped, and his legs wobbled under him as if suddenly turning to rubber. The once handsome, blond-haired, blue-eyed, gentle, and very special young boy stood before him, only now there was blood seeping from Thomas’s eyes, ears, and mouth, and from several slits and other punctures in his red soaked t-shirt and pants. One arm dangled at an angle that shouldn’t be possible, fingers also broken and pointing in directions they weren’t made to, and a leg bent at the knee much further forward than it had any right to be.
“Thomas—” Andrew only managed to get the boy’s name out before his throat seized up and hot tears streamed down his face. He couldn’t bear to see his friend like this. His pal. The boy they knew was destined for great things, but who Andrew failed to protect.
“You led me right to them,” Thomas rasped, blood spurting from his mouth and pooling below him on the wooden floor. “You did this to me!”

I Apparently Wrote A Horror Novel

My background as an author is in comedy. I make fun of myself, I make fun of others, and I love having fictional characters make fun of each other in novels. There’s something freeing and universal in comedy. Romance? Not so much. While I believe I’ve successfully navigated around the standard formula for comedies…mostly…I find the expected formula for romances not something I want to delve into. I did a little bit in a couple of short stories I wrote for anthologies, but my co-authors will attest to the fact I frequently exclaim “I’m not a romance author.” So how in the hell did I write a horror novel?


Incidentally, I have nothing against the romance genre. It’s just the other authors are far more talented at writing them than I am, and I prefer not to flounder around.

So, I’ve tackled college humor, spy/action/adventure humor, science fiction humor, marital arts humor, holiday humor, cowboy romance/humor, and hero/villain humor, then along came Falling Awake. The story isn’t funny, not by a long shot. A light moment exists organically in a place or two, but for the most part, the story turned out to be pretty darn serious. Is it horror? No. It’s listed under LGBT, Science Fiction, and Fantasy. I’m not even sure it dances anywhere close to the horror line.

But Falling Awake II: Revenant? I thought the first story was dark until I wrote the second one. This particular tale goes right up to the horror line and makes a ruckus tap dancing along it, probably over it in some cases. My first editor e-mailed to give me an update and stated she doesn’t usually read horror novels. This took me by surprise because I hadn’t quite convinced myself it might be. Even now, is it?

There is a darkness in the book, and characters who believe in becoming the darkness. These same people also believe in creating darkness for others, and bringing them over to see the beauty of the dark. In doing so, they commit horrendous atrocities across lifetimes. It’s these atrocities that eventually catch the attention of Andrew, the main character in Falling Awake II: Revenant, as he pursues a couple bad elements who committed the murder of his best friend when he (Andrew) was ten years old.

The journey Andrew takes in tracking the bad elements down is one he’s unprepared for, and it’s only through the guidance of an old friend he doesn’t remember from a previous life that he manages to get as far as he does. Haunted might be a better term for the story. Haunted people, haunted settings, and a haunting ending.

But is the story horror? Maybe you can tell me. 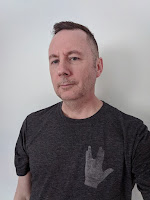 Author/Blogger Kristoffer Gair grew up in Fraser, MI and is a graduate of Grand Valley State University. He currently lives with his husband in a suburb of Detroit.