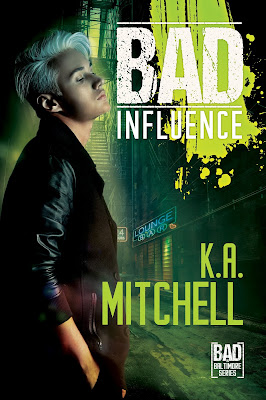 Can a future be built from pieces of a broken past?

Jordan Barnett is dead, killed as much by the rejection of his first love at his moment of greatest need as by his ultraconservative parents’ effort to deprogram the gay away.

In his place is Silver, a streetwise survivor who’s spent the last three years becoming untouchable… except to those willing to pay for the privilege. He’s determined not to let betrayal find him again, and that means never forging bonds that can be broken.

No matter how hard he tried, Zebadiah Harris couldn’t outrun his guilt over abandoning his young lover—not even by leaving the country. Now, almost the moment he sets foot back in Baltimore, he discovers Silver on a street corner in a bad part of town. His effort to make amends lands them both in jail, where Silver plans a seductive form of vengeance. But using a heart as a stepping-stone is no way to move past the one man he can’t forgive, let alone forget….

Thank you so much for letting me stop by to talk about Bad Influence.
Second chance romances and me, we go way back. They are often my favorite reads. They can make things easier for writers too, because there’s all that connection built in. But here’s the problem, and it’s probably why I love to read them so much. Whatever ended their romance the first time has to be a real issue, which means there’s a lot of past hurt to get past. Sometimes when I’m writing them I worry I’ll never be able to get them to move past those obstacles. And then my writing friends say, KA, sweetie, stop overthinking. Let the characters drive.
And when I do that, they get us all where we need to go. I was having that issue when I was writing Bad Influence. Silver and Zeb have some seriously messed up history between them, but then I got to this moment and I believed they knew where they were going. Any time I make myself cry with my writing, I know I’m getting somewhere.
In this excerpt, Silver is standing on the balcony of the art gallery where Eli has just had his first photography show.

The storm blew up fast. From partly cloudy to early sunset in minutes. The wind lifted Silver’s hair, sweeping cocktail napkins off the balcony to spin away into the street four stories down. It was a great place to watch people from, see them hurry into buildings or cars, though the trash was more interesting. The wind kept picking up plastic bags and sending them up like kites.
He didn’t have to worry about where he’d sleep or if the roof on Tyson Street had a new leak. And for a few minutes, he didn’t have to worry about whether he was living up or down to people’s expectations. When lightning backlit a cloud to the south, he glanced down at the metal railing and decided not to worry about that either.
He leaned forward against it as the first hard drops of rain fell, letting them sting against his sore right cheek.
“Hey.” Zeb’s voice.
With almost anyone else, Silver would have turned and put his back against the railing, feeling safer facing a person head-on. But if Zeb was going to hurt him some more, Silver would just as soon not let Zeb see his face.
“Hey,” Silver offered in answer.
Zeb put his hands on the railing to Silver’s right. Lightning flashed, and Zeb’s fingers tapped off the seconds till the thunder. He raised his hands for a second, then settled them again. Maybe his righteousness exempted him from lightning strikes.
The hands flexed and gripped the railing. That scar hadn’t been there before, the ragged one extending from the webbing next to his pinky, over the next knuckle, and then over the back of his hand. And his left index finger was missing a little piece. On his right hand, two of the fingers had swollen knuckles, and the tips leaned, like they’d been broken and taped together.
Silver remembered the skin smooth and straight, the tips and nails teasing the inside of his thighs, palm sliding across his belly, a grip on his hips to hold him flat as he tried to buck up into a hot, wet mouth. The way those hands had trembled, half pushing him away on the first thrust inside Zeb’s body.
Maybe it wasn’t his eyes but Zeb’s hands that showed what he was feeling. Right now they were hesitant, stalling, opening and closing on the top rail, tapping lightly.
“I shouldn’t have jumped to conclusions,” Zeb said at last. “It’s been a long day. A lot of emotions raked over.” He gave a rueful laugh. “I’m not perfect.”
Silver leaned sideways to face him. “Surprised you can admit it.”
“You know that better than anyone.” Zeb’s hand made it halfway to Silver’s face and fell away, but his eyes stayed focused on Silver’s. “I thank God I got this chance to see you again. To apologize. And I thank you for hearing me out. I guess anything else is a little too much to expect.”
Zeb glanced away.
The rain sliced sideways, and Silver wiped it away from his cheek and ear and eye. “What does that mean?”

“If you want, I’m gone. I’ll find a job somewhere else. Let you get on with your life in peace. You won’t ever have to see me again.”
“Did I say I wanted that?”
“Not in words. Specifically.”
“You expected a nice-to-see-you-again blow job?”
“Of course not.” Zeb’s eyes were dark, but there was very little light coming from behind the glass at this end of the balcony. Only the flicker of a fake candle on a table barely as wide as one of the miniquiches the waiters had handed out. Maybe the dim light was what made the lines around his mouth so stern. “Though was there some other message I was supposed to be receiving based on the way you acted when being tutored?”
The heat in Silver’s cheeks should have turned the rain to steam. He shifted back to face the street. “Must be losing my touch.”
“I wouldn’t say that.”
Silver didn’t need to look to see Zeb’s wry smile.
“Jordan.”
No smile in Zeb’s voice now. It was the voice that had sent him away. Silver watched the tiny river in the gutter and waited him out.
“Do you want me out of your life?” Zeb said flatly.
Silver spun to face him. “No. I don’t want that.”
“What do you want?”
He had to decide now? What if it was the same thing he’d wanted at sixteen? Zeb. Zeb and a house and a dog. To be able to touch Zeb in public and not have to worry. To know when he had a nightmare, he could roll over into Zeb’s warm body. What if Silver spilled his guts with everything he wanted and Zeb laughed? Or worse, shook his head patiently and explained that he might have loved Jordan then, but he could never love who Jordan was now?
He couldn’t say any of it out loud. “I don’t know.”
Zeb nodded, then leaned in for a kiss, but Silver could tell it was headed for his cheek. He tipped his head so their mouths connected instead.
At first Zeb froze and then kissed him, steady pressure, gentle movement. The electricity tingling under Silver’s skin should have been enough to call a lightning bolt right to them.
Zeb’s hand cupped Silver’s cheek carefully, and their heads tilted in unison. Like the memory of how they did this couldn’t be erased in years and distance and scars. Silver pulled Zeb’s lip between his own, tasted rain and then Zeb. Felt the hint of his tongue as the kiss got hotter, wetter. Zeb’s thumb moved, pressing and then jolting away from his bruise.
His lip. It could start bleeding again. Silver stayed in that kiss for another second, a few more moments to imprint that memory, and then backed away.


Zeb let out a long breath. When he spoke, his voice was rough. “When you figure it out, you know where I am.”

K.A. loves to hear from her readers. You can email her at ka[at]kamitchell[dot]com.