The rings have been selected.

The champagne placed on ice.

And the pre-wedding sex is off the charts...

Lucas Vallois and Andrei Hadeon are finally ready to walk down the aisle. There’s just one small problem.

A ghost from Lucas’s past shows up days before the wedding, desperate for help. Against his better judgement, Lucas and his best friend, Ashton Frost, plan a fast trip back to the one place they swore they’d never go: their hometown in Oklahoma. But the danger is worse than they expected.

Now, they’re in a race to track down a killer, keep a young girl safe, and get Lucas back in time to say, “I do.”

He reached the bathroom as Andrei was drying off with a large, navy blue towel. His head jerked up in surprise, those beautiful dark eyes skimming over Lucas’s face, instantly reading his mood. He dropped the towel and came forward, closing the distance between them. Large hands cupped both of Lucas’s cheeks. The anger he’d been holding on to was immediately stripped away to reveal the underlying pain that he’d buried deep. He didn’t question how Andrei knew or what he saw. The man just knew him, and he would be forever grateful that Andrei was in his life.

“What did Snow say? What can I do?” Andrei murmured. He leaned in and brushed his lips gently across Lucas’s.

Tension eased from Lucas’s shoulders. He deepened the kiss for a moment, tasting Andrei, letting himself get lost in his fiancé’s unconditional love. He broke off the kiss before it could stretch. Snow didn’t give hollow threats. He would come upstairs and drag Lucas out of the shower if he took too long.

“My sister is here.”

Andrei lurched back from Lucas, releasing his face. “Your actual sister? Like a blood relative?”


“Yeah.” Lucas stepped around him and turned the knob for the shower. Since Andrei had just exited the shower, the water was already hot. He stepped inside under the spray and grabbed the soap. Cool air brushed against his backside. Lucas looked over his shoulder to find Andrei holding the door partially open, so he could talk to him without needing to shout.

“I wasn’t sure if any of your family was living. You…you never talk about them.”

“My younger brother died a few years ago, but the rest are all alive and still in Oklahoma as far as I know. I don’t talk to them, and until now, they’ve never tried to talk to me.”

“No, definitely not.” Lucas turned, rinsing off the soap. He grabbed the shampoo and paused as he watched Andrei. “Do you want to meet her?”

A small smile played on his lips, and Lucas had the feeling Andrei was weighing his answer before he finally spoke. “You’ve met my family.”

“I love your parents.”

Andrei rolled his eyes. “My parents are insane.”

Lucas chuckled. Sonja and Milos Hadeon were definitely unique, but he wouldn’t change a damn thing about them. He was proud to have them as his in-laws, even if they both liked to flirt with Snow. “True, but they love me.”

“You don’t think your sister is going to love me?”

To his surprise, Andrei stepped back into the shower. Raising his hands, he threaded his fingers through Lucas’s soapy ones, capturing his hands so that they were now slowly massaging his scalp. “Meeting your family isn’t going to change us. I’m here. You’re mine. We’re getting married in less than two weeks.” He punctuated each sentence with a sweet kiss, teasing away the anger that had risen once again.

“Finish up. I’ll be waiting for you.” 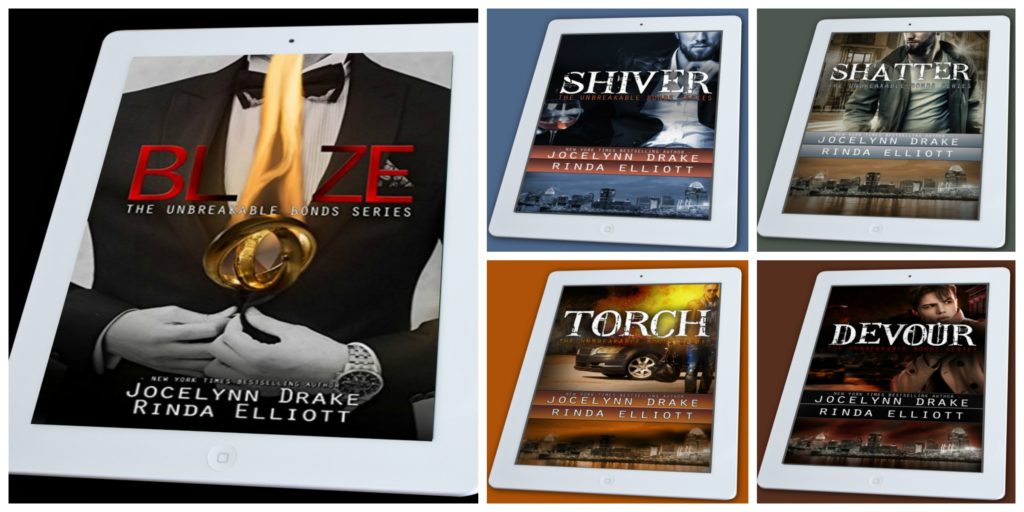