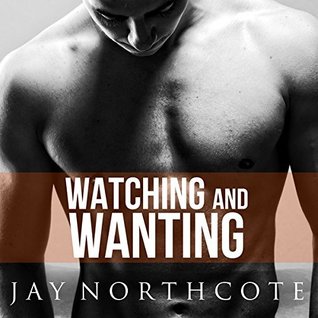 Length: 52,000 words approx. Although this book is part of the Housemates series, it has new main characters, a satisfying happy ending, and can be read as a standalone.

Some journeys are made in a plane, on train or even in a car...while others...don't require you to even leave the comfort of your home.

For the past month I've been on a journey that was made mostly in a vehicle towing our home on wheels but while I've been doing this I've made so many other trips and some of them like this one have been journeys of discovery...

Shawn's a recent grad, who's fallen into a bit of a rut. His job's a dead end and it barely pays the bills, his girlfriends called it quits between them and his friends have all moved on but here he is still in Plymouth and at a loss as to which way to go and to make things worse Shawn's roommate Jude is out and proud  and for Shawn he's everything that Shawn's tried to run from for most of his life. But try as he might Shawn can't help but look back over his shoulder as he runs from Jude because he may be pretending that he's not interested in Jude but his hearts telling him a totally different story and when he finds out that Jude works as a cam boy, he also sees an opportunity to explore what he's tried to deny for so long.


Most of my friends read this one back when it came out as an e-book but I have to admit I've been holding out for the audio book. I'm not sure why I really like Jay Northcote's stories and I've read several but for some reason I seem to enjoy them even more on audio especially his 'Housemates' series. We've met Shawn in previous books so I was happy to seem him get a story of his own this time around. I can't honestly say that he's a favorite character for me but I really enjoyed seeing him discover more about himself and his sexuality and I liked that while Jude was patient and gave him the time and space that he needed to figure things out he didn't do it at the expense of his own self-respect and dignity. It was close a time or two but when push came to shove so to speak Jude know he had to put himself first...that he deserved to be more than someone's dirty little secret and maybe at times it felt like he was pushing Shawn but in truth there were times that Jude and Shawn's objectives were in conflict so in a way it was probably inevitable that one or both of them would become a bit defensive and while the other would seem to be overly assertive about what they wanted.

Woven throughout Shawn and Jude's story are brief glimpses of characters from previous books in this series, which anyone who knows me will tell you that having characters from previous books or even other series that I'm familiar with is like giving me catnip. It's inevitable that I will end up rolling on the floor and purring like a kitten, figuratively speaking...mostly. So even though this story can easily be read as a standalone...really, why would you want to miss out on all those hot, fun stories that come before this...just puttin' that out there for the universe ;)

I'm fairly comfortable saying that the one thing that anyone who's read this would be more than likely to agree on is that these two men are off the charts when it comes to the sexy times. Jude and Shawn are smokin' hot together especially when they discover that they each have a bit of a kink for D/s that's very compatible. Jude likes to be the boss and Shawn he's more than willing to let Jude boss him around...and tie him up...and who knows what else they'll discover they enjoy these two are really just getting started.

But the real surprise for me this time around was the fact that Mark Steadman wasn't the narrator. I've gotten use to hearing this narrator when I'm listening to one of Jay's books but this time around I was treated to a new voice...that of Lewis Carter and I'm happy to say I enjoyed the narration as much as I always do. The list was checked and things went a long swimmingly well. While I've enjoyed Mr. Steadman's narrations in the past and I do hope that I'll get to enjoy them again in future I won't be disappointed to hear more from Lewis Carter as well. When a series as multiple MCs I actually find that having more than one narrator helps to keep the variety of the voices fresh and can avoid having the MCs sound too much alike. When the MC's are the same from story to story I admit it's a very different thing and I like the continuity of the same narrator from book to book but in the case of Jay Northcote's 'Housemates' where the MCs are changing from story to story the voices need to do the same as well and so far Mark Steadman and Lewis Carter are keeping things fresh and different in the voice department and I'm looking forward to what comes next from this author and these narrators.

An audiobook of 'Watching and Wanting' was graciously provided by the author in exchange for an honest review.

Buylinks are provided as a courtesy and do not constitute an association of or affiliation with this book, author or booksellers listed.