Spotlight: Returning to the Land of the Morning Calm by Hans M. Hirschi

Returning to the Land of the Morning Calm 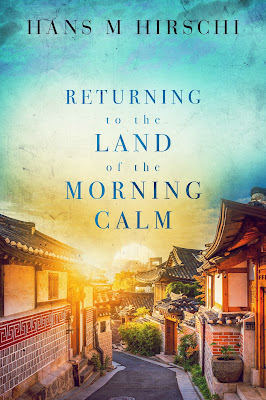 Martin is eighty-four years old, a Korean War veteran, living quietly in a retirement home in upstate New York. His days are ruled by the routine of the staff, but in his thoughts and dreams, Martin often returns to the Seoul of his youth, and the lost true love of his life. Two close friends urge him to travel back to search for his love. What awaits Martin in Korea, more than six decades after he left the country on a troop transport back to the U.S.?

Returning to the Land of the Morning Calm is a story of friendship, love and family, in all its many shapes, across time, generations and cultures.

Born and raised in Switzerland, Hans graduated from High School in Arizona, worked for several years in the Swiss financial industry before pursuing his university studies in Zurich and Gothenburg.

Hans self-published his first book with poetry and a short story in 1991.

Nine years later, he followed up with a professional book on e-learning pedagogy and in 2010 his book "Common Sense" was published.