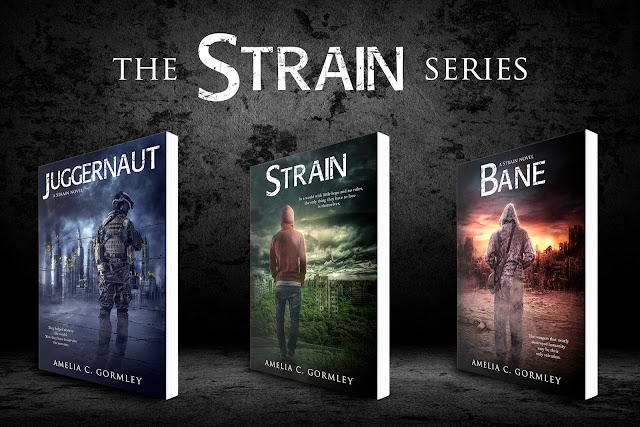 They helped destroy the world. Now they have to survive the new one.

Nico Fernández has a charmed life. Working as a high-end escort in his mother's agency beats the hell out of being trafficked for slave wages in some corporate brothel. And no one needs to know about his occasional side jobs, like seducing political and military dignitaries, and "nudging" them with mind-altering agents to swing their votes to favor his longest-standing client.

Zach Houtman's life should be charmed, but isn't. His father, the Reverend Maurice Houtman, in pursuit of political aspirations, insists Zach act as his advisor rather than indulging in his true calling: ministering to the most vulnerable outcasts of society. Politics, however, gradually turn Zach's father away from Christ and toward malicious zealotry, and Zach discovers his campaign is courting violent fundamentalists.

When one of Nico's "special jobs" results in military approval for a weaponized virus that mutates, unleashing a deadly plague to claim billions of lives, Nico and Zach are thrown together. Each burdened by terrible guilt for their unwitting roles in the calamity, they find safety and solace in each other. But the new world is a dangerous, violent place, where the handful of survivors are willing to do anything, and kill anyone, to get by.

In a world with little hope and no rules, the only thing they have to lose is themselves.

Rhys Cooper is a dead man. He's spent years hiding from the virus that wiped out most of the human race, but an act of futile heroism has him counting down his remaining days. The timely arrival of superhuman soldiers offers some feeble hope--but only if Rhys can reconcile himself to doing what is necessary to take advantage of it.

Sergeant Darius Murrell has seen too much death and too little tenderness. His job is seeking out the infected to put them out of their misery, or sending the uninfected survivors to a safe haven where he and his fellow Juggernaut troops will never be welcomed. Rhys's situation is different, though. Not only is there an improbable chance that Darius won't have to put a bullet in Rhys's head, but he has somehow managed to get under Darius's skin.

The virus Rhys must infect himself with in order to survive is sexually transmitted, and optimizing his chance of exposure requires him to submit as often as possible to Darius--and the other soldiers. Though the boundaries of morality have shifted in this harsh new world, Darius and Rhys question whether their humanity is too high a price to pay for Rhys's survival.

Rhys Cooper once thought he was a dead man. Instead, he's proven immune to the virus that nearly wiped out humanity.

Now the Clean Zone's scientists want to know why. Summoned for testing, Rhys is about to learn first-hand why his Juggernaut partner, Sergeant Darius Murrell, and the rest of his superhuman comrades in Delta Company don't trust the uninfected survivors in the Clean Zone--or the remnants of the government that unleashed the epidemic in the first place.

For a decade, Zach Houtman has yearned for his lover, Nico Fernández, but fear of infection has kept them apart. Separately they keep tabs on the last vestiges of the corrupt government, particularly the head of the Clean Zone's virus research division. Secretary Littlewood seeks to unlock the secrets of the Bane virus. But Nico knows how dangerous Littlewood will be if that ever happens.

Zach and Nico now have the perfect bait to draw Littlewood out: Rhys. But Delta Company isn't about to let Rhys walk into hell alone. They'll take Littlewood down together, or not at all. Even if they succeed, however, for Zach and Nico one question remains: can infected and uninfected people ever be together safely?