STRAYED by KristaLyn A. Vetovich,YA/NA Fantasy 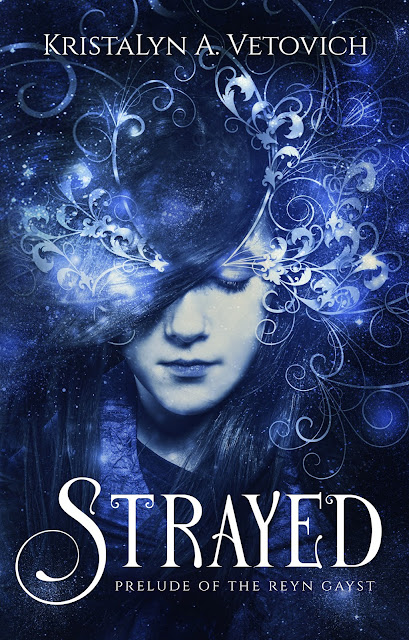 In the struggle between good and evil, humans don’t stand a chance—not on their own.
Which is why, for every living soul, there is a Firn: a spirit assigned to guide and defend humans from demonic spirits like the Aropfain. But earning a place in the fight is a process that requires several lifetimes—of service, experience, and sacrifice.

Having just returned from her most recent life as an Ancient Roman martyr, Anaya is only one step away from achieving that goal. And if she succeeds, she might become the Firn with the most important mission: guiding the human that will either save—or end—the world.

But when she’s paired with the notoriously difficult Jordin, her chances of success suddenly start to slip. Because Jordin isn’t like other souls. He’s strong, volatile—and a prime target for the Aropfain. And he almost immediately falls for an Aropfain ploy that could not only jeopardize his chances of becoming a Firn, but also endanger the entire world.

As his partner, Anaya is the only one who can save him. But will she succeed? Or will she fail—and take the world down with her?

ADD TO YOUR GOODREADS SHELF

KristaLyn A. Vetovich is giving away a $25 Amazon Gift Card!

KristaLyn is the internationally published author of seven books and one short story, including the upcoming Prelude of the Reyn Gayst series releasing in 2018 from Glass House Press. She graduated in 2011 from Susquehanna University with a degree in English Literature and began traditionally publishing her novels the next year. KristaLyn is also a certified health and life coach and enjoys infusing her stories with motivational themes and characters from all walks of life.
KristaLyn lives in Pennsylvania with her husband and their corgi, Jack.