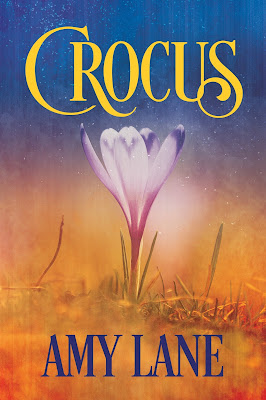 Saying “I love you” doesn’t guarantee peace or a happy ending.

High school principal “Larx” Larkin was pretty sure he'd hit the jackpot when Deputy Sheriff Aaron George moved in with him, merging their two families as seamlessly as the chaos around them could possibly allow.

But when Larx’s pregnant daughter comes home unexpectedly and two of Larx’s students are put in danger, their tentative beginning comes crashing down around their ears.

Larx thought he was okay with the dangers of Aaron’s job, and Aaron thought he was okay with Larx's daughter—who is not okay—but when their worst fears are almost realized, it puts their hearts and their lives to the test. Larx and Aaron have never wanted anything as badly as they want a life together. Will they be able to make it work when the world is working hard to keep them apart?


My daughter has a cat. A very old, very fat, very obnoxious cat who can’t clean her own butthole because she can’t reach it. The vet thinks her name is Peanut Butter. The whole family knows her name is Mrs. Poopy Butthole. Like any cat, she responds to both names equally. (Not at all.)

My daughter also has depression.

When she told me she was adopting an older animal, I was pleased—it sucks that all the adorable kittens get the love when a gem like Mrs. Poopy Butthole gets ignored. (I actually love this cat—but we have a dialog that consists mostly of calling each other “Gnarly bitch!” and hissing.)  And then, after she brought home this 28 lb. feline who frequently vomits over everything she owns and requires myriad trips to the vet to make sure she doesn’t have diabetes yet and super expensive sensitive stomach food and the really hard to find sensitive stomach + weight loss formula, I realized what the catch was.

There were some days, when things got really bad, when my daughter was living for this cat.

When she asked me if she should get a kitten to keep Mrs. PBH a friend, I didn’t say, “You know, your apartment is awfully small.” I didn’t say, “Uh, how’s your car running? What are your finances like?” I didn’t even say, “Do you think your brother’s cat will deal with another animal in the house?”

I said, “Oh, absolutely honey, do you want me to pay for it? Do you need another carrier? How about a cat bed, would you like that?”

I know somebody whose son is an addict (recovering). She and his brother got him a dog—and at first they were worried. They checked on the young man and the dog every few days, to make sure the dog wasn’t getting neglected.

Turns out, the dog was fine—and the young man was better. He was eating. He was going outside. He was making sure the dog was cared for.

He was living for the dog.

Therapy animals—whether given the clearance from a doctor or not—are very very real things. The unconditional love and acceptance from an animal can be that precious bridge that lets us walk from the dark places of our brain to safety with a snuggle, a beg for affection, the need for food.

When young Jaime is adrift because his brother isn’t doing well, the first thing I could think of was that this kid needed a dog. Berto makes sure he’s fed and cared for, but Berto is having so much trouble with self-care that being emotionally available isn’t happening right now. Jaime needs a person who will love him, all the time, without stop, and without asking questions.

So while the bit about Jaime and Dozer isn’t a main part of the book, I think it’s intergral to the family itself. Larx and Aaron are trying to care for people, and teach them to care for themselves.

Part of that is letting a boy love a dog.


Larx’s phone, sitting on the table next to him, buzzed, and he was damned grateful.
Hello, Principal—are you being a good boy and getting your work done?
Larx groaned. Sort of. Olivia showed up on the doorstep this morning. Oh hell. He didn’t even want to ask Aaron about using his house.
Is she visiting for the weekend?
No.
The phone rang. “Are you kidding me?”


“Sorry, Aaron.” He sighed and sipped his tepid coffee, then took a deep breath. “I don’t know what’s going on. She came in talking a mile a minute, tripped over the dog—”
“Is Dozer okay?”
Larx had to laugh. “Your dog is fine, Aaron.”
“He’s your dog,” Aaron protested weakly. Yes, the puppy had been a gift for Larx when his oldest cat passed away, but Aaron—big, solid, strong—had apparently been waiting for Dozer for most of his life.
Larx wasn’t going to argue that the dog was definitely Aaron’s, but it was true. Dozer—a mixed breed somewhere between a Labrador retriever and a German shepherd—was fine with Larx, answered to him just as well as he did Aaron, appreciated the hell out of the full food bowl, gave plenty of sloppy, happy kisses, and pranced about on spindly legs and feet the size of dinner plates.
But when Aaron came home, Larx watched the dog melt, roll to his back, offer up his tummy in supplication, and beg for pets.
Larx couldn’t object or be jealous—he felt the same way. Except Larx wanted Aaron to pet more than his belly.
“That dog’s your soul mate from another life,” Larx said now, scratching Dozer behind the ears. “Yes, you are. Yes, you are. But you can’t have him. He’s mine.”
“Wow. Just wow.”
Larx chuckled, because the distraction had been welcome, but now… now grown-up things. “She’s asleep on the couch,” he said softly. “Aaron… she’s not sounding….” He took a big breath. His ex-wife had suffered from depression after a miscarriage, and he remembered coming home from work bringing dinner once so she didn’t have to cook or clean up because she’d been so sad. She’d yelled at him—didn’t he think she was capable of cleaning her own kitchen? Then she’d burst into tears for an hour, while Larx had fed the girls and tried to calm her down.
It had been like standing on the deck of a ship in a storm—and Larx had that same feeling now, with his daughter, when his children had always been the source of peace in his heart.
“Pregnancy?” Aaron asked hesitantly. They were so new. Larx hadn’t spoken about Alicia more than a handful of times. Nobody talked about depression or mental illness.
Nobody knew what to say.
“Yeah.” Larx didn’t want to talk about it right now. He just couldn’t.
“Baby….” Aaron’s voice dropped, and considering Larx had gotten him at work, where he had to be all tough and manly and shit, that meant he was worried.
“Later,” Larx said gruffly. “Just not, you know….”
“When the whole world can hear. I get it.” Aaron blew out a breath and then took the subject down a surprising path. “Larx, do you have a student named Candace Furman?”
Larx stared at the paperwork in his hand, shuffling back to where he was right before Olivia had knocked.
“Yeah. Not one of mine, but… huh.” He reached over to his laptop and accessed the school’s portal site. “Hm….”
“That’s informative. Want to tell me what you’re looking at?”


“It’s sort of privileged, Deputy. Want to tell me why you need to know?”

Amy Lane has two grown kids out of college, two half-grown kids in high school and middle school, three cats, and two Chi-who-whats at large. She lives in a crumbling crapmansion with some of the children and a bemused spouse. She also has too damned much yarn, a penchant for action adventure movies, and a need to know that somewhere in all the pain is a story of Wuv, Twu Wuv, which she continues to believe in to this day! She writes fantasy, urban fantasy, and gay romance--and if you accidentally make eye contact, she'll bore you to tears with why those three genres go together. She'll also tell you that sacrifices, large and small, are worth the urge to write.