Review Tour: Bitten By The Alpha by Annabelle Jacobs 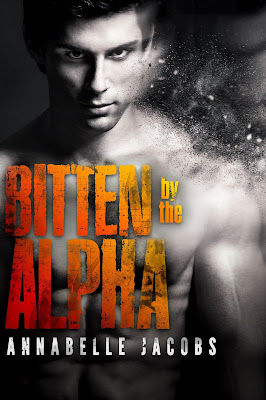 Gareth’s heart is set on Cam, but Cam’s heart broke a long time ago.
As alpha of the Regent’s Park Pack, Cam’s focus is always centred on its members—his personal life pushed aside after the death of his wife. Now that his pack has merged with the Primrose Hill shifters, he can't afford any distractions.

Gareth’s been in love with his alpha for years, but his position as beta complicates matters. Added to the fact Cam still mourns his late wife, Gareth knows his feelings will never be reciprocated, so he buries them deep.

With the two packs already struggling to unite under one alpha, they get a surprise addition—one who causes more tension within the ranks. Under such strain, long-kept secrets are forced into the open. Gareth and Cam must deal with the aftermath, while also keeping the pack’s best interests at heart.

I love the world Annabelle Jacobs created in the Regent's Park Pack series and have been waiting for Cam's story since book 1.

Bitten by the Alpha doesn't work as a standalone. This story wraps up a plot thread—related to a rogue alpha and his evil, deceitful ways—that began in book 1. In book 3, that alpha and his accomplice got their comeuppance, but I suspected we hadn’t seen the end of them.

Cam is not happy that some of his newest pack members are still in touch with their former alpha, especially when he finds out the sick bastard wants to talk to him. Cam doesn't feel he's done the best job integrating the P pack into his own, and the last thing he needs is more complications, particularly the unwelcome pull of a potential mate bond.

Gareth has been in love with Cam for ages, but he's kept a tight lock on his emotions. Then jealousy and possessiveness rear their ugly head, and Gareth can't control his feelings any longer.

While I liked both MCs and was eager to see how they came together, I had a few niggles.


A new secondary character, a shifter named Rachel who's staying with the Regent's Park pack temporarily, takes up a lot of page time. She’s the catalyst for Cam finding out about Gareth's feelings for him, but I didn’t necessarily need to know so much about her.

Cam is still grieving the loss of his wife Mia ten years later. I admire his loyalty; I really do. But Mia’s name was mentioned 45 times in the story, which was approximately 40 times too many.

I also wanted to see more relationship development between Cam and Gareth. They’ve clearly had an alpha/beta dynamic going for years and are close friends, but Cam went from cold to hot in two seconds flat. I didn’t mind this too much, since they’re shifters and the mate bond is everything, but it was still a little abrupt.

Bitten by the Alpha is slower paced than the first three books; there's plenty of UST on Gareth's part, but the chemistry between the MCs isn't quite as explosive as with the previous couples.

While this wasn't my favorite book in the series, I still enjoyed it. Recommended for lovers of the Regent's Park pack!


** A free copy of this book was provided by Signal Boost Promotions as part of this review tour. ** 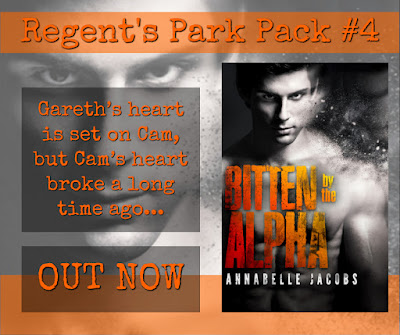