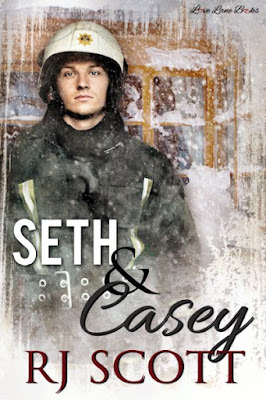 
Seth Wild is a firefighter who has lost everything. Nearly dying in a fire, he is scared and angry and chases away the only good thing in his life—school teacher Casey McGuire.

When a sudden and violent snow storm hits their town he receives a message Casey and ten kids are trapped in an education centre center with no way out. There is no one else who can help, he’s the last fire fighter in town with his bum leg and his icy heart.

He doesn’t hesitate. He always promised he would be Casey’s hero, but will he ever again be Casey’s love? 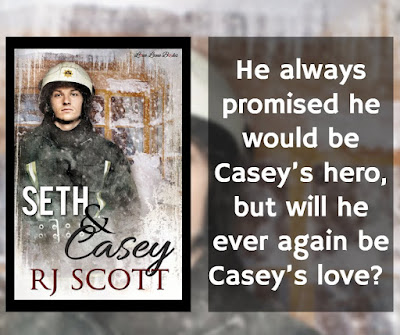 “…New York's LaGuardia and JFK International airports officially closed on Thursday afternoon due to the storm, according to the FAA. Both airports had been open earlier despite significant flight cancellations. LaGuardia resumed operations around 7 p.m. ET, while JFK said it planned to reopen sometime during the course of the night.”

Casey McGuire rinsed the last of the mugs and placed it on the drainer with the rest. For some reason, it was always mugs they ran out of in this house. Seth had this idea that the dishwasher ate them but Casey was convinced that they just needed a system to make sure they brought all the mugs back to the kitchen when they were done. Last week he’d found a mug in the bathroom, inside the cabinet, full of cold coffee.

Seth had sworn it wasn’t him, but Casey knew it had been.

He didn’t make a fuss. After all, what was one full coffee mug teetering on the edge of a glass shelf? In the grand scheme of things, it meant nothing.

The TV droned on behind him as he took a dishcloth and wiped the first of the mugs.

“…states from South Carolina to Maine are under a winter storm warning and the governors of Georgia, North Carolina, Virginia, New Jersey and New York have declared states of emergency. Forecasters say the northeast states can expect hurricane-force wind gusts and blinding snow…”

The news channels had been warning about this storm for a week, a huge dump of snow that would cripple the eastern seaboard, but that as yet hadn’t caused much concern here in Vermont. Casey glanced out of the window at the yard and wished for more snow. That way maybe Seth wouldn’t be able to leave the house, and possibly the two of them could have a rational conversation that didn’t end with Seth leaving and Casey wondering where the hell he was going wrong.

“…the situation is “ugly” and “dangerous,” and people should stay indoors…”

Last night, all Casey had said was that Seth shouldn’t forget about his appointment next morning. Seth left the house, clambering back into bed at some ungodly hour, reeking of beer or worse. In his sleep, Seth tried to pull Casey close, but Casey had deliberately scooted up and away, and left his husband in the bed.

Today, at ten, Seth had exploded, accusing Casey of meddling in things he didn’t understand, telling Casey he was fine and didn’t need a shrink.

Yet another night when one of them ended up on the couch.

Casey stiffened at Seth’s soft, gravelly voice. His chest was tight, he didn’t want to argue. He wanted Seth to admit there was a problem, because he couldn’t handle it anymore. Six months of this had taken its toll. Maybe if Seth had seen the specialists when he should’ve, maybe if he’d seen a counselor, then Casey would see he was trying.

Seth was in denial, and it was destroying their marriage.

He didn’t turn to face Seth; he’d made a decision in the early morning, packed a bag with what he could get without waking Seth, and decided they needed space. If Seth had space he might face up to himself instead of taking it out on Casey.

Seth slid his hands around Casey’s waist, resting his chin on Casey’s shoulder and sighed. He’d brushed his teeth so the only scent was peppermint, which at least was a step up from yesterday when he’d attempted a clumsy kiss with beer still on his breath.

But what kind of a marriage was that?

What kind of a man did that make Casey?

“I know you are,” he said. Then he tensed because that wasn’t the answer Seth wanted, and Casey knew what would happen next. Seth would go straight onto defensive mode, give some bullshit about how he was a firefighter and didn’t need a counselor.

Meanwhile, Seth not accepting any of what he needed was tearing their marriage apart. Casey had been careful with him for a long time, after all, Seth had nearly died. But when months had passed and he was still refusing to listen to reason, that was when Casey realized he’d been wrong in accepting Seth’s view on what kind of healing he needed.

“I think we need some time apart,” Casey said, and placed the dried mug onto the counter. He eased away from Seth’s hold and moved to the other side of the kitchen table. Somehow, having it between them gave Casey the strength to do what he’d decided was the right thing. Seth had this way of holding him, with a near desperation that never failed to have Casey crumbling.

Seth didn’t answer at first. Casey stopped himself from repeating the words and hoped that Seth was just thinking. The only noise in the kitchen was the news, focusing on Greyhound buses and the routes being cancelled. 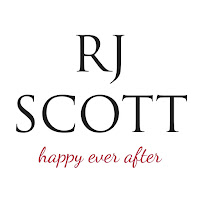