In today's post, we'll talk about Stray, an illustrated, online web series, plus the Vigilati series. We also have a personal story the author has chosen to share, plus another chance to win one of her books. 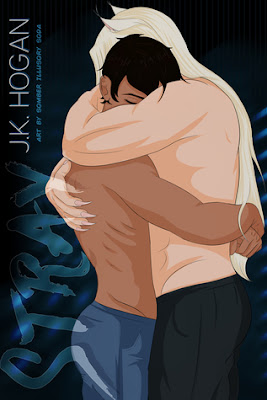 All of the mythical creatures that howl, prowl, bite, and kill—from vampires to werewolves, from wendigos to witches, monsters to demons—are real. The Midnight Sentinel exists to protect the delicate human race from the monsters that wish them harm.

Two men living in a dystopian world, post-apocalyptic several times over, in which all of things that go bump in the night truly exist, are drawn together by an intricate spiderweb of fate, duty, blood, and love.

There’s something about Noah. Sebastian is drawn to him like a moth to a flame, but so are many others—those much more dangerous than he. In order to keep Noah safe, Sebastian must trust him with his most guarded secret: the truth of the supernatural.

Read the story here or here.


Book 1, Fire On The Island 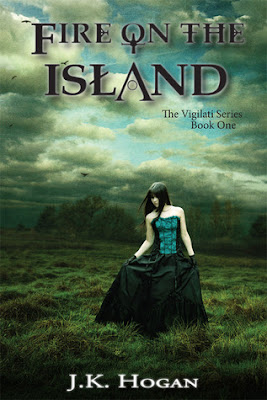 “She who wields the mark is the barrier between man and monster. She is the daughter of gods, the mother of man, protector of all. Vigilati Usque Ad Mortem”

All Isla Macallen wanted was a simple existence on her little Scottish island, free from her mother’s insanity and the prying eyes of neighbors. What she got was embroiled in a war for the souls of mankind. A war of good versus evil, of witches versus demons, and Isla learns that she alone can end it.

Dr. Jeremiah Rousseau was a self-proclaimed nomad, traveling the world researching paranormal phenomena. He doesn’t expect his research to lead him to Scotland, and to the woman who will turn his world upside down.

Together with a facetious shapeshifting animal spirit guide, Jeremiah and Isla discover that she is part of an ancient bloodline bred to protect the gateways between the human world and the spirit world, to keep evil demons from destroying them. They must find the key to defeating Alastore, the demon king, and closing the gate before Samhain, when the veil between the worlds is lifted. As the war for their souls wages around them, Isla and Jeremiah will risk it all for love—a love neither had ever thought possible.

Book 2, Blood in The Valley 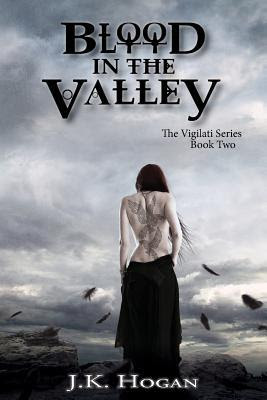 The daughter of a Las Vegas hustler, Raven Sabatier grew up trusting nothing and no one—she doesn’t even trust herself to stay in one place for longer than a minute. When her quest to find out the secrets of her past leads her to the mountains of North Carolina, she’s set on a collision course with the one man she thought she’d never see again.

In Appalachia consulting on an archeological dig, Anthropologist Dr. Drew Deveraux comes face to face with the indomitable beauty who broke into his apartment a year ago, tilting his carefully cultivated world on its axis.

Engaged in a fight with their demons, both imagined and real, the last thing either of them expected to find was love. Together, they must unravel the mystery of Raven’s past and her connection with an ancient race of witches, in order to save their future—and all of the souls hanging in the balance. 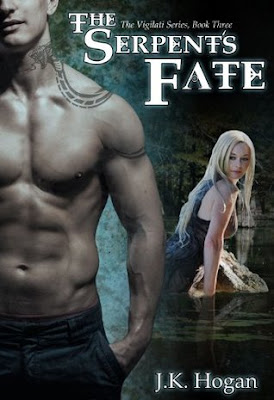 Can a traumatized veteran-turned-mercenary who is tormented by voices in his head be saved by the love of a wayward single mother with demons of her own? Afflicted by PTSD from serving in Afghanistan, and tormented by a childhood trauma, transient veteran Matthieu Rousseau struggles with the choices he's made in his life. Estranged from his family, Matthieu drifts from one mercenary job to the next, until one thing stops him. Fate.

In hiding from her abusive ex-husband, musician Fate Callahan lives in New Orleans with her seven-year-old daughter. She remains in constant fear of being found, and her worst nightmare comes alive when a dark, dangerous stranger tells her he’s been hired to locate and kill her—but wants to save her instead.

Fate and Matthieu find themselves on the run together, fleeing from the hitmen and an unseen evil worse than anything else they’ll face. While just trying to stay alive, they become entangled in the battle between the Vigilati and the Lochrim; an archaic sect of witches and the evil creatures they are bred to fight. Unbeknownst to Fate and Matthieu, they are more deeply connected to the Vigilati than either of them could ever imagine.

They must join family and allies of the Vigilati to help save the human world, possibly saving each other along the way. Matthieu teaches Fate how to trust in love again, while she gives him back the one thing he never thought he deserved—family.

Why I believe in fluffy love (even if I don’t always write it), and a bunch of other tropes that people think don’t happen in real life:


I’d gone through a bad breakup after a bad relationship. You know the kind where the other person so completely absorbs your personality that you don’t even have your own identity when you come out of it? Yeah, it was like that. I knew I was better off without this guy, we’ll call him Jack, but since Jack’s interests had become my interests, and Jack’s friends had become my friends, etc. and so on, once he was gone, I was a shell of myself. Once I (sort of) learned to live with the pain of the breakup,  I had to figure out who I was again, and what I was going to do with my life.

I thought of a lot of crazy plans…mostly based on a book or a TV show. I was going to move to L.A. and be an actress—ignoring the fact that I was a total introvert—or I was going to be a photographer on a cruise ship, or I was going to move to New York and become a famous artist. You get the idea. The one thing that I finally settled on, though, was something that I actually had experience with. Horses. I’d read a few Nora Roberts books that took place on horse farms, so that was where that idea came from. A friend of a friend got me an interview at a trail-riding farm, and since I knew how to ride, I was hired.

It was there that I met my husband. He had been there for a while, so he was my supervisor. He had a girlfriend at the time, but we could all see that it was an unhealthy relationship—something I knew plenty about. He and I became friends, and we even figured out that we’d had a class together in elementary school, and there we were meeting again well over a decade later.

Once his bad relationship finally ended, I got up the courage to let him know that I’d be interested in dating. Shortly after we became a “thing,” he was meant to go back to college… In Wisconsin. Summer in North Carolina had officially ended. We didn’t let that stop us though. I think it was the first weekend he was away at school that he officially asked me to be his girlfriend, 900 miles away. We made it work. I visited, he came home for holidays. He was a junior, so we only had to do the long distance thing for two years. (Piece of cake, right?)

We’ve been married 12 years and we have two beautiful boys. So the next time you read about long distance relationships, or childhood friends reconnecting, or whatever might bring two people together that seems like a one and a million chance, just remember sometimes these things can happen!

Thank you for celebrating with us. Come back next week for all the info on the Coming About series, our author interview, plus one more chance to win.