"The eye sees only what the mind is prepared to comprehend." 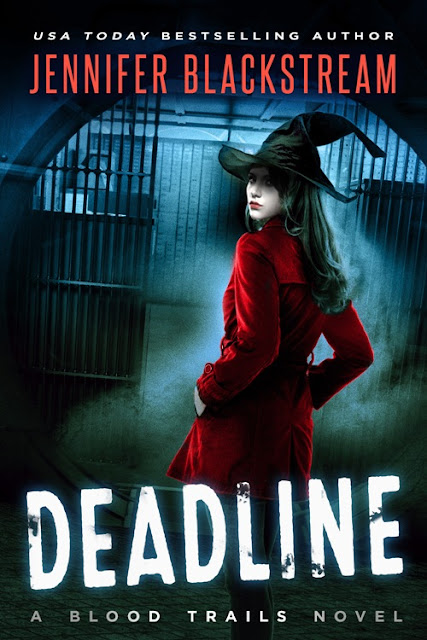 As a witch with a dark past, Shade Renard knows the Otherworld isn’t always successful at policing itself. Humans don’t believe in magic anymore, and their ignorance renders them easy prey. So when an FBI contact hires her to consult on a possible haunting in a missing persons case, Shade seizes the opportunity to see justice done.

Her case takes an unexpected turn when an undead crime lord shows up on her doorstep. A bold thief stole the vampire’s little black book of secrets—and he’ll pay a lot more than an FBI consulting fee to get it back. To collect, Shade will have to confront a rogue sorceress, a vengeful wizard, and a lethally seductive fey, with only her wits, her growing magic, and a sarcastic pixie familiar.

Success means bringing a killer to justice and taking the first step to redemption. Failure means a war between humans and the Otherworld.


“Didn’t you say you weren’t drinking soda anymore?”
I popped the top on the can of Coke and took a defiant swig, more than a little satisfied at the squeak of dismay that came from my judgmental familiar as she wavered on her perch atop my head. “I earned this. I killed a eurypterid before breakfast. Two eurypterids. And I almost died. Not to mention, Mrs. Harvesty kept me on the phone for ten minutes talking about that cat.”
“I hate cats.” Peasblossom clung to my head like a living barrette. “Nasty beasties, always try to eat me like I’m a flying snack. Barbaric.”
“I love cats. I just don’t want to drop everything because Mrs. Harvesty claims her furry little child is having an emotional crisis.”
“Emotional crisis?”
“The kitten is refusing to come out of his mummy’s boot.” I held a sip of Coke in my mouth for a moment as if I were sampling fine wine.
Peasblossom snickered. “Puss in Boots.”
I snorted, then swore as carbonated soda shot up my nose, burning like fire. Peasblossom careened off my head in a fit of mad giggles as I ran to the stove and the faded blue hand towel hanging there.
“Blood and bones, that burns,” I wheezed, squeezing my eyes shut as I pressed the towel to my nose.
More laughter made me open my eyes in time to watch Peasblossom fly in a semi-drunken bobbing path to land on the counter beside the stove. Tears of mirth glittered in her pink eyes, matching the iridescent sparkles on her insect-like wings. “Serves you right for drinking a second soda.”
I glared at her for a few minutes as I waited for the burning to stop. When I’d recovered, I replaced the wet towel with a clean one and deposited the soda-and-snot-spotted cloth in the hamper. “If you’re quite finished, perhaps you could run me through today’s to-do list? I want to make sure I didn’t forget anything.”
Still giggling, Peasblossom flew to the large desk in the dining room and picked up a sheet of notebook paper tucked beside the laptop. “Settle dispute between the hamadryads over who’s the eldest,” she read.
“Done. Once they realized the only way to age a tree is to lop off a piece of it, they were happy to call it a draw.”
“Find out if a goblin ate the Roberts’ dog.”
“No. Sgt. Pepper was hiding under the neighbor’s house again. Mrs. Barns just didn’t want to admit it because she didn’t want to hear Mr. Roberts accuse her of trying to steal his dog for the tenth time. Sgt. Pepper went home when he got hungry.”
Peasblossom peered at me over the top of the list. “Find an office.”
I took a long swig of the soda, avoiding eye contact. “Move it to tomorrow.”
“Again,” Peasblossom said under her breath. She put the paper down and hefted a miniature pen she’d taken from a child’s art kit. Sticking out her tongue in concentration, she made a notation on the to-do list.
Aluminum groaned as I tightened my grip. “I will do it.”
“Of course you will. Because you’re going to be a real detective.”
“Private investigator. And yes, I am.”
“Mother Hazel won’t like it.”
I clenched my teeth. No, my mentor wouldn’t like it. I could hear her voice now, telling me to leave the battling to the wizards—witches had more important things to do.
Like play psychiatrist to a cat.
I strode over to the desk, put the can of soda down with a determined thunk, then snatched up a stack of Post-its and a black fine-point marker. Peasblossom watched as I scrawled, “Find an office today,” and underlined today three times. I stuck the reminder to the frame of my computer screen.
“You used a hot-pink Post-it. You must be serious now.”


I ignored her sarcasm. I would find an office tomorrow. It was time. 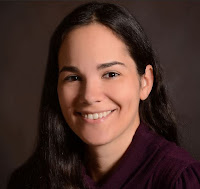 USA Today bestselling author Jennifer Blackstream is…odd. Putting aside the fact that she writes her own author bio in third person, she also sleeps with a stuffed My Little Pony that her grandmother bought her as a joke for her 23rd birthday, and she enjoys listening to Fraggle Rock soundtracks whether or not her children are in the car.

Jennifer doesn’t have spare time, but she makes it a point to spend at least one night a week with her sibling binge-watching whatever show they’re currently plowing through (currently Numbers on Netflix), and she ferociously guards quality time with her son and daughter. She cooks when she has the sanity for it—adding garlic to the recipe whether it calls for it or not—and tries very hard not to let her arachnophobia keep her out of her basement on laundry day.


Jennifer’s influences include Terry Pratchett (for wit), Laurell K. Hamilton (for sexual tension), Jim Butcher (for roguish flair), and Kim Harrison (for mythos). She is currently writing the series of her heart and her dreams, the series that has been percolating in her brain for the last decade…Blood Trails. An Urban Fantasy Mystery series that will combine the classic whodunit spirit with a contemporary fantasy setting. Expect mystery, magic, and mayhem, with characters that will make you laugh, cry, and probably stare at the screen with your jaw hanging down to the floor. Well, that’s how they affect Jennifer anyway…