Bleu Balls
(Balls to the Wall Series #7)
By Tara Lain 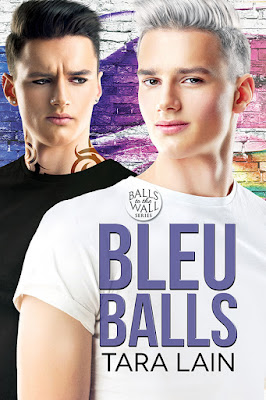 
Double trouble. The McMillan twins, Robin and Bobby, are renowned for their talents—both as fine artists and for thrilling the various men who catch their eyes. As different in style and personality as their DNA is identical, they’re nonetheless best friends who divide and conquer, with Robin doing the serious painting and Bobby adding the sunny salesmanship.

But when their most important client decides Bobby must wield the paintbrush, the brothers revert to childhood tactics and switch places. Then along comes Micah, a handsome doctor who’s attracted to Bobby but invites Robin out to try to please his homophobic brother, and Paolo, the pain-in-the-butt client who thinks he’s wooing Bobby when he’s actually after Robin. Paolo harbors his own hidden pain that weirdly intersects with Robin’s, but pride and privacy conspire to produce what will either be a masterpiece—or end up as Dogs Playing Poker. 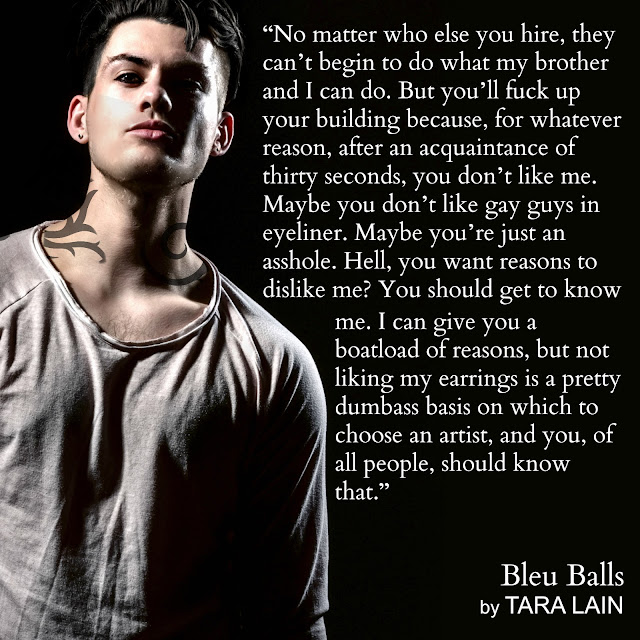 Bobby looked up at the attractive guy who’d been eyeing him for the last hour. “Oh, I don’t know—”

“Come on, Bobby, go. Go!” Rodney pushed Bobby out of the chair.

He smiled, but it took some effort. “Okay, so I guess yes.” He followed the man’s trim ass in nice summer-wool slacks toward the tiny dance floor in the lounge at the Rose. Jerry and his honey, Mick, were already dancing. The two big firefighters took up more than their share of the available boogie space, but they looked so happy it made Bobby tear up.

The guy turned and pulled Bobby into his arms. Clearly he intended to lead. Okay with me. “I’m Aaron, by the way.” The guy had nice hazel eyes and carefully brushed brown hair.

He started a not-very-complex box step. “You’re an artist, aren’t you?”

“I saw you at the Sawdust. I really like your stuff. Very unique.”

“Stockbroker. Let me know if you need any investment tips.”

Bobby laughed. “Believe me, artists need tips on keeping their rent paid, although I’ll admit, we’re having a good summer.”

“Me and my brother. We paint together.”

Bobby looked up at Aaron and followed his line of sight to the door—where, sure enough, Robin had just walked in. Bobby waggled his fingers and called over the piped-in music. “Hi, dear.”

Aaron said, “But you two are identical.”

Bobby felt Aaron react—somewhere between a jerk and a laugh.

“What?” Bobby looked up into a face that had been pleasant and now leered.

“Fuck, why didn’t you tell me you were Double Trouble?”

Bobby frowned. “Was I supposed to?”

“Shit, yes. I mean, what does it take to get some backroom action from you two? Hell, I can pay.”

“Pay?” Bobby pressed his hands against Aaron’s chest and shoved. “Get your hands off me, you pervert.”

Bobby turned his tail and flipped it back to the table—but his insides rolled with anger and nausea.

Robin saw his face and sprang up. “What’s wrong? What happened?”

“Nothing I don’t deserve. He saw you and realized we were Double Trouble. He said he’d like to pay us.” Robin clenched his fists, but Bobby put a hand on his arm. “You can’t blame him for getting the wrong idea.”

“Oh? Watch me.” Robin stared pugnaciously across the dance floor.


Hi. Thank you for stopping by. I’m so happy to be here to celebrate the release of Bleu Balls, the 7th book in my Balls to the Wall series. I’ve never written a series this long before. My next longest is the Love in Laguna series, which has 5 books in it currently and will have more.
When I was first published in 2011, publishers usually only wanted 3 book series and I saw clearly that sales would fall off after the first and second books in a series. What I didn’t know was that statistics show that after the third book, sales start to pick up again for the entire series – all the way to book 11 according to Bookscan. In fact, series titles sell 49% more on average than standalone books. Even very long series do well with sales bumping after book 18.
Part of this has to do with a self-fulfilling prophecy. More successful series keep going and prove that they’re more successful!  LOL. But it still appears that readers prefer to buy stories that they know will continue if they end up loving them. Do you agree? Do you like series more?
Generally, series where every book can be read in any order do somewhat better than series that must be read numerically. Balls to the Wall is such a series. It’s what they call spin-offs. Each book has new central characters, but other characters from the series appear in the new books. That way, readers get to enjoy the same “world” and see their friends again, but it doesn’t stop readers from leaping into the series at any point. Although in my experience, some readers want to partake of a series in order no matter how standalone the books might be. What’s your preference?
Writing series is both fun and hard. Often the main characters of ongoing stories in a series were first introduced as secondary characters in previous books. Secondary characters frequently are quirkier than the central heroes so turning them into heroes can be a fun challenge. One of my most popular characters in the Balls to the Wall series is Rodney Mansfield who is a totally quirky character in the first book, Volley Balls, and goes on to have his own book – the wildly popular Fire Balls – and to be an important character in many of the succeeding books. The heroes of Bleu Balls are the McMillan twins, Robin and Bobby, who play a minor but memorable role in Snow Balls. It was very fun giving these identical twins their own love stories, and literally bringing back every pair of heroes from the series for a short hello.

I hope you’ll love Bleu Balls. Feel free to dive in even if you’ve never entered the world of Balls before! It’s that kind of series.

The Balls to the Wall Series

Prefer paperback?
The first and second book are now available in paperback! 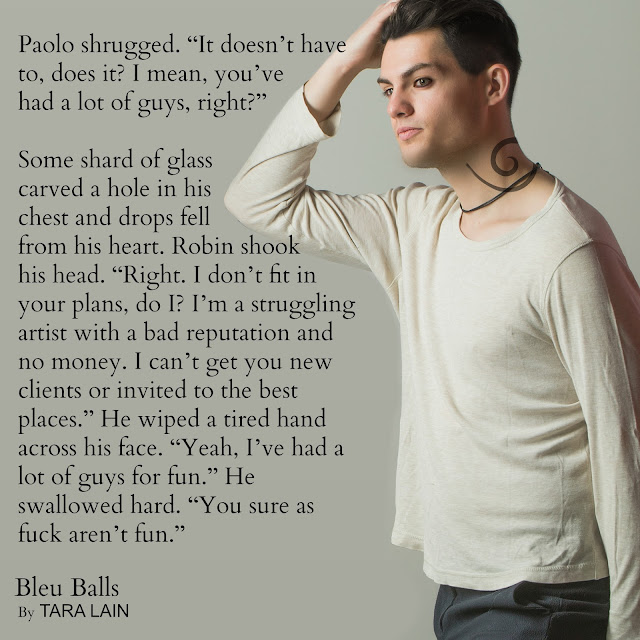 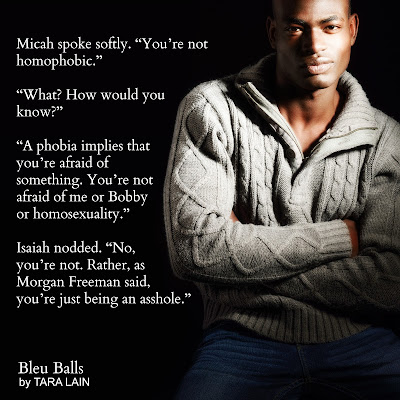 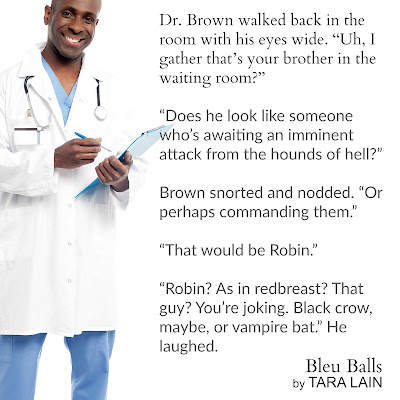