Blogtour: Heart Of The Warrior by C.R. Richards 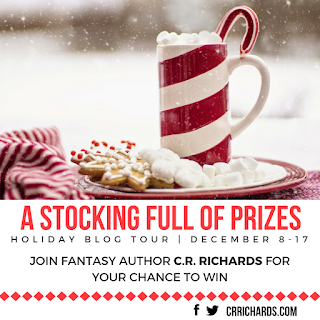 Author C.R. Richards is in the holiday spirit, and giving away some incredible gifts this month to help celebrate the release of the second book in her Heart of the Warrior series! 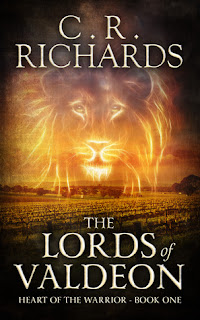 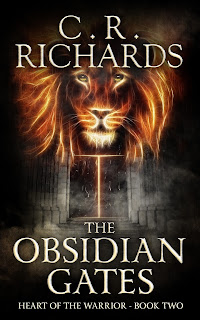 As an additional giveaway, the author will also be gifting one lucky winner a signed copy of both books in the series! All you have to do is comment on this blog post below with your favorite Holiday movie to enter.

A huge lover of horror and dark fantasy stories, C. R. Richards enjoys telling tales of intrigue and adventure. Having began writing as a part-time columnist for a small entertainment newspaper, Richards has worn several hats: food critic, entertainment reviewer and cranky editor. She has now published a handful of novels, including Phantom Harvest - book one in The Mutant Casebook Series - which took home the EPIC eBook Award for Fantasy in 2014.  Richards beat out entries from the U.S., Canada, United Kingdom, Australia and other English speaking countries.

The youngest of five army brats, Richards was born on a military base in Utah.  She spent much of her childhood in the back of her family’s sky blue station wagon on trips to see her grandmother - who would show her how to spot faeries in the backyard.  “Sometimes she’d put candy in small silk slippers and tell us the pixies had done it,” says Richards. “She’s the one who gave me my love of fantasy creatures.”

Her most recent literary projects include the horror short story, Lost Man's Parish and the newly-released dark fantasy thriller, Pariah. She is an active member of Rocky Mountain Fiction Writers and Horror Writers Association.

In November, Richards releases her epic dark fantasy novel The Obsidian Gates, the second installment in the Heart of the Warrior series. Through her storytelling, Richards aims to reach lovers of fantasy who are exploring alternatives to the traditional status quo. Her message is simple: One person can be a catalyst for change.

Connect with the Author