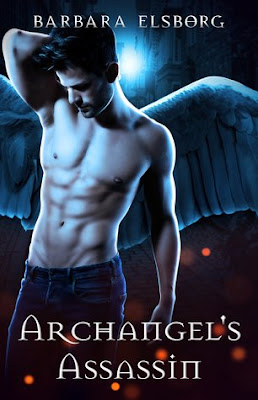 He wants to forget

West is an archangel’s assassin delivering justice to supernatural creatures who break the law. Not a straightforward job because he also has to absorb the memories of those he kills. Even worse, West is breaking the law himself in an attempt to free his brother from hell. If he doesn’t succeed before his archangel boss finds out, West will be joining his sibling.

He wants to remember

A young guy wakes in a London park with his memories gone. He has no idea who he is, or where he comes from. A bracelet engraved with the single word Tao is the only clue to his identity. With no sign of his memory returning, he drifts into a life on the streets. Begging is his only way to survive.

When Tao returns West’s stolen wallet, West offers to buy him a coffee. Tao delights in the chance to sit down with a good-looking guy until his instincts tell him to run away. Fast. West is surprised when Tao flees, considering how much he’d been mentally urging him to stay. Is he losing his touch or is Tao more than a scruffy young man down on his luck?

Only one way to find out.

I love Elsborg's paranormal books and highly recommend the following, which also deal with angels and demons: Dirty Angel, Bloodline, and The Demon You Know.

I was SO excited to read Archangel's Assassin, but I have mixed feelings about the story. The first couple chapters dragged for me, particularly the sections from West's POV. There was a lot of exposition, although Elsborg did a good job not giving too much away. We're allowed to discover West's world, his job, his obligations.

Likewise, we are thrown headfirst into the mystery surrounding Tao's identity. Tao wakes up naked and alone in a London park with no memory of how he got there or who he is. When he stops West's wallet from being stolen (not that West actually needs help), Tao feels a strong connection toward the broody, sarcastic man who buys him a cup of coffee as a thank you.

Once West and Tao meet, the story moves along at a brisk pace, at least during the moments West and Tao stop fucking long enough to talk. Or eat.


West is kind of a bastard. He knows it. Tao knows it. But Tao also sees West's true face, not the one he projects to the world. Tao wants a connection. He wants kisses and cuddles. And West isn't immune to Tao's charms, even though he's also suspicious of Tao's motives and isn't convinced Tao is telling the truth about his memory loss.

Unfortunately, the story lost some of its oomph for me after Tao's identity was revealed. The entire atmosphere of the narrative shifted.

Initially, the story is violent and bloody. Various murders and torture scenes are described in gory detail. After all, West is an archangel's assassin (oxymoron much?). But once Tao and West escape (demons certainly can't be trusted, but angels have agendas too), it's all love and sacrifices and weirdly incongruous banter.

I wasn't sure what the book wanted to be: a tragedy or a comedy? There is some dark humor here and sex at the most inappropriate times.

Example 1: A demon is getting stabbed with a gargoyle's amputated finger. Funny or horrifying?

Example 2: We're going to die, but let me suck your cock first. Hot or fucked up?

The ending is at once brutal and shockingly happy. I have to admit I got teary eyed when West had to do the unthinkable, and again when the lonely angel found his way back.

"I love you . . . Nothing else matters. Nothing can take that away. Whatever happens I want you to remember that I love you. You will always be loved."

An ARC of this book was provided by the author in exchange for an honest review. Download links are provided as a courtesy and do not constitute an endorsement of or affiliation with the book, author, publisher, or website listed.
Posted by Dani(ela) at 12:00 AM