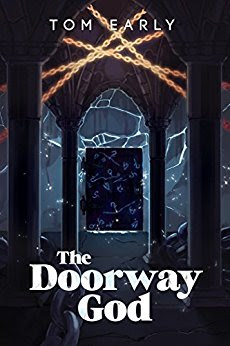 The Seasons are coming to Janus University, and Fay's and Sam’s lives will never be the same.

Through last year’s deadly Trials, Fay and Sam gained admittance to the magical university, and the coming of autumn signals the start of the school year. But both of them have goals beyond their studies. For Fay, it’s finding a way to contain the ancient and evil spirit of Winter, which has no regard for human life. Fay has vowed to never let Winter kill again—but working with the school’s headmaster, Didas, is a risk. Didas cannot see past the potential power he can draw from Fay, and since Fay’s boyfriend and familiar, Tyler, is away at Tufts University, Fay might have to face his possession—and his dreams of four mysterious figures—on his own terms.

While trying to help Fay, Sam seeks information about her mother’s past in the magical world of Gaia, but will she like what she uncovers? To survive, Fay and Sam must make alliances, but it’s harder than ever to tell friend from enemy.

Hi, everyone! Tom here, and I’d like to talk about my favorite balancing act: writing LGBT Romance for a Young Adult audience… without making it all about the romance.

I get it. It’s hard. YA as a genre is very much a mixing pot of a lot of independent themes, and romance doesn’t get to escape from that. If you’re trying to avoid getting labeled, making any one theme stand out too much is a very real danger. So what do you do if you want to include romance in your story, but you don’t want your story labeled as a “romance,” thus alienating (sorry, but it’s true) most of your male-reader fanbase, but you also don’t want the romance and LGBT factors of your story to be overlooked?

You walk a very fine line, is what you do. And I am sure as hell not qualified to say I walk it very well, but I’ll try to talk about some of the challenges anyway.

To begin, it should be pretty clear from the blurb about The Doorway God that I write fantasy. Not particularly peaceful or uplifting fantasy, either. Fantasy, more than a lot of genres, comes with a pre-established set of tropes, expectations, and story formats for an author to choose form. Morality going black-and-white, damsels in distress, maybe a dragon or two – those are all at least somewhat expected just from the genre. Two boys kissing and maybe pining a bit while the world goes – possibly literally – to hell all around them? Not so much. Doesn’t mean you can’t do it, though – you just have to manage expectations. Keep the primary theme in mind, and don’t let your little romance subplot (LGBT or otherwise) overwhelm it! I’m operating in the fantasy genre first and foremost, so my number one goal is to make sure that there as many epic magic battles in my series as my readers came in looking for.

So now comes the question: what’s the right metric of romance-to-plot that you’re looking for to keep the genre lines clear and welcome? Well, that’s not really an easy question. Different readers bring different tolerance levels with them, both in terms of the kids who want a fast-paced action story, and the ones who maybe aren’t as comfortable with LGBT themes but still want to read the story for the magic. You don’t have to cater to all of them, but that’s where beta readers come in. Have friends (and then people who have no obligation to be nice to you after, please – even your most caustic friend is going to try to spare your feelings at some point) read your story over, preferably ones with different tolerance levels as the ones I mentioned above. Gauge where your story falls – have the ones coming in for just straight-up fantasy been put off by that one chapter about date night? Have the ones coming in for the LGBT themes been left disappointed? Take what opinions they have in earnest, and then take them into consideration or discard them as you feel is wise, and trust your gut. It’s your story, after all – while you can and should take your audience into consideration, letting expectations govern the story you’re trying to tell too much just leads to a mess that nobody’s going to enjoy reading.

Now that I’ve given you what is so obviously a clear-cut and satisfying answer, let’s move onto the next complicating factor. As the blurb implies, The Doorway God is a sequel, and the real meat of the romance subplot between Fay and Tyler was resolved in book one. Those two are in a good place right now; they have a good relationship, there aren’t any lingering misunderstandings, and both just want the other to be happy and are actually able to communicate that with their words. Rare in the YA genre, I know, but if I’m pushing the envelope already, I might as well just push a bit more. Here’s the danger: if their relationship isn’t in need of further progression, how much space can I spare on the pages of book two to cover it? It’s not going to advance the plot much if at all, and it’s more of a sweet aside than a compelling reason to read at this point. But goodness if it isn’t satisfying for me to write, and I do really want my more romance-minded readers to get the adorableness they came looking for. Unfortunately, I need to be careful. Romance isn’t as much a plot here, and even if I’m enjoying myself writing it, it’s no longer got as much allotted space. Plot has to come first, and scenes that don’t advance the plot can’t be long or frequent. That’s the price of writing fast-paced genre fiction, I’m afraid. Have fun and write out as much romance for yourself as you want, but be ready to trim a lot of it back to keep things flowing.

This might have ended up as less of a lesson and more of a rant, but here’s the takeaway as nicely as I can distill it: If you want to write genre fiction and also have romance, make sure you don’t let the romance overwhelm the plot. Keep the story moving, and the kissing in the background, and everything else you can deal with as it comes.

Happy reading and writing, everyone. If you’d like a vivid example of an author trying to balance romance and standard YA genre, consider getting a copy of The Doorway God.


Tom Early is currently a student at Tufts University who probably spends more time than is wise reading and writing instead of studying. More often than not, he can be found wrapped in a blanket on the couch forgetting most of the things he was supposed to do that day.

When not writing, Tom can be found either reading, gaming, drawing, scratching his dog, or bothering his friends. He also frequently forgets that it’s healthy to get more than six hours of sleep a night, and firmly believes that treating coffee as the most important food group makes up for this. If you show him a picture of your dog, he will probably make embarrassingly happy noises and then brag about his own dog. He’s always happy to talk about any of his previous or current writing projects, because people asking him about them reminds him that he should really be writing right now.