Author Of The Month - Marshall Thornton - Week One

In our first post, we'll take a look at the huge Boystown series aka the Nick Novak Mysteries, with excerpts, plus Marshall's favorite things. There's also a chance to win of one his books!! 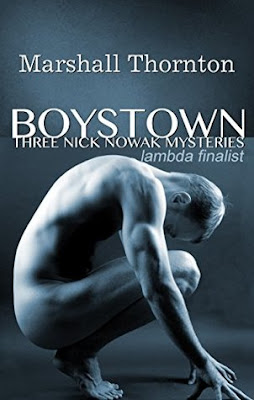 Three Nick Nowak Mysteries takes place in Chicago during the early 1980s. Haunted by his abrupt departure from the Chicago Police Department and the end of his relationship with librarian Daniel Laverty, Nick Nowak is a beat cop-turned-dogged private investigator. In this first book of the series, Nick works through three cases: a seemingly simple missing persons search, an arson investigation, and a suicide that turns out to be anything but. While working the cases, Nick moves through a series of casual relationships until he meets homicide detective Bert Harker and begins a tentative relationship.


Like most guys, I’m a sucker for easy sex and a fast buck. Unlike most guys, I should know better.
The call came in a few minutes after three on a Tuesday afternoon. I rent a small office in a soon-to-be-demolished granite and marble building located at the south end of the Loop. There’s just room enough for a desk, a metal file cabinet, a chair for a client, and a dead corn plant I keep meaning to throw out. That particular day there wasn’t anything on the radio except reporters droning on about the inauguration. It seemed a little odd that none of them complained that our country was now going to be run by a guy who once co-starred with a chimp. Not that I had anything against the Gipper. I just wasn’t convinced I wanted his finger on the button. I turned the radio down and picked up the phone.
“Is this Nick Nowak?” the voice on the other end asked. It was some guy, trying not to sound as nervous as he obviously was.
“Sure is,” I replied. I reached into my desk to pull out my cigarettes. Then I remembered I’d quit at New Year’s. A decision I’d regretted every day since.
“The private investigator?” the guy asked.
“Yeah, the private investigator.” I wondered how many other varieties of Nick Nowak he thought were out there. “What can I do for you?”
The line crackled for a beat. Then he said, “I need you to find someone for me.”
I looked out my eighth story window, watched as a couple flakes of snow drifted down to LaSalle Street, and waited for the guy to tell me who it was he wanted me to find. He didn’t. Great. This was gonna be like pulling teeth.
“Let’s start with you,” I said. “What’s your name?”
“Walt...Paddington. Walt Paddington.”
“Well, Walt, why don’t you come down to my office and we’ll talk about this person you want me to find.”
“I can’t do that.”
“What? You’re the shy type?”
“I’m downstate. Carbondale.” At least it was a logical excuse. Carbondale is at one end of the state, Chicago at the other. It’s quite a hike.
“Who do you want me to find?”
“My...my friend.”
I waited. I was beginning to feel like the dentist who kept an office down the hall. “Come on, Walt, you’re gonna need to be a little more specific.”
“His name is Brian Peerson. He’s just twenty-one. Very sweet. He’s been gone almost a year.”
“And you just now decided to look for him?”
“I thought I’d stop missing him, but I didn’t.” There was real shame in his voice, though for what I couldn’t be sure. “I just need to find him. The sooner the better.”
The situation was getting clearer. Walt sounded older; maybe he was, maybe he wasn’t, but he sounded it. And it made sense; an older, small-town guy wants to find his twinkie boyfriend who’s run off to the big city. Willing to pay a private investigator to do it. Yeah, I got the picture. There was just one problem.
“Why me?” I asked. 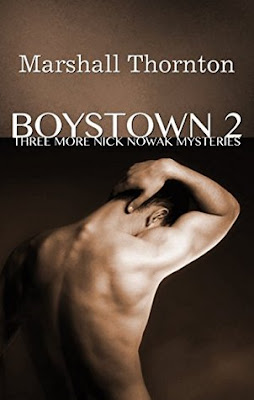 The Boystown Mystery series continues as Chicago private investigator Nick Nowak finds himself involved in three new cases. He's asked to help a young man who murdered his stepfather but refuses to assist in his own defense, hired to find the murderer of a dead porno star, and, in a case that traps him between the two men he loves, must search for a serial killer's only living victim. Set in the second half of 1981, Nick juggles his deepening relationship with Detective Bert Harker with the return of his ex, Daniel Laverty. Which man will he choose? Or will he be able to choose? 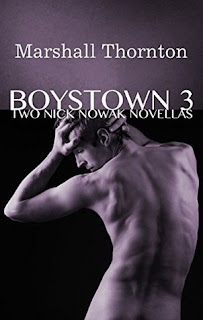 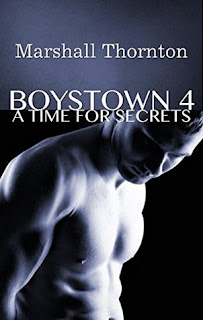 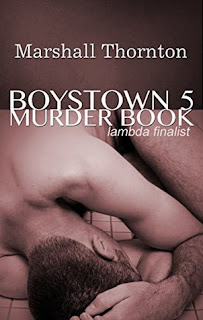 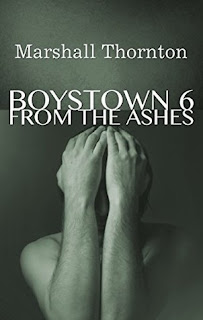 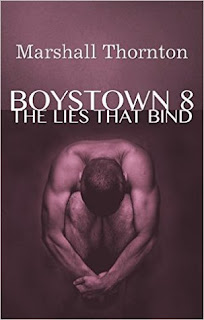 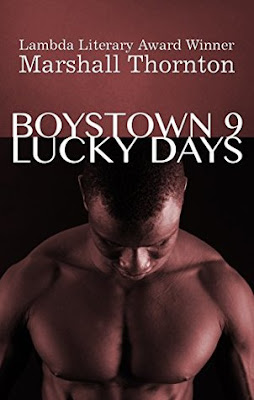 In the ninth book of the bestselling mystery series, a young man wakes up covered in blood and no memory of the previous night. When hypnotism doesn’t help, he turns to private investigator Nick Nowak. Meanwhile, the trial of Outfit kingpin Jimmy English begins. Quickly the case begins to unravel when an important witness goes missing and Nick must put his other cases, and his home life, on hold while he goes to Las Vegas to find him.


The door popped tentatively open and a tall, young man of around twenty-five stepped in. He was a light-skinned black man with soft brown hair that fell into tiny ringlets and arresting eyes the color of a sandy beach. He carried a bit of weight, but it didn’t do him any harm in the looks department. A thin, beige windbreaker covered a red rayon shirt and a pair of black rayon slacks. He carried a paper bag in both hands.
“What can I do for you?”
“My name is Nello, Nello Mosby. Madame Torneau suggested you might…” He stopped like he’d run out of air.
“Might what?”
“I, uh, I went out Friday night. I don’t know what happened. I had a blackout, I guess. I don’t remember anything from around ten o’clock until the next morning. Madame Torneau tried to help me remember but she couldn’t…”
“She hypnotized you?”
He nodded his head.
“Okay. Sounds like you drank too much and had a blackout. Those things happen.” I thought mid-twenties a bit old to not understand what alcohol can do, but people make mistakes at their own speed.
He shook his head and opened up the bag. He pulled out a silky patterned shirt and a pair of dark blue slacks similar to the ones he wore. The shirt had a deep blue background and geometric shapes in red. There was also something dark, almost black smudged all over the shirt and the pants.
“This is blood. Is it yours?”

“No.”
“Are you sure? You looked…all over? No cuts or scrapes…”
“No, no cuts.”
“Are you prone to nose bleeds?”
“Not since I was a little kid. And doesn’t it seem like a lot a blood for a nosebleed?”
“Yeah, it does. Have you gone to the police?”
“No,” he said. “I, if I hurt someone…”
“If you hurt someone you’d like to get away with it?” I suggested, which might have been a little mean but there was a real possibility he was a murderer. I should at least bring the point up.
“No. I don’t want to get away with anything.  I mean, it might have been self-defense. If it wasn’t…I’ll turn myself in. I just want to know. First.”
“I’m kind of busy. I have a client going to trial tomorrow. That has to be my priority.”
“Madame Torneau said you might give me a discount?”
“Did she?” 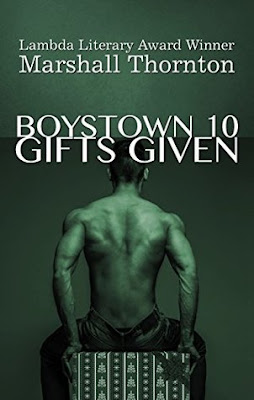 In the tenth installment of the award-winning Boystown Mysteries. it’s Christmas 1984, and Nick is busy juggling a couple of cases with his hectic personal life. Sugar Pilson has decided to marry and has asked him to check up on her fiancé. Meanwhile, he’s hired to investigate a shady financial planner at Peterson-Palmer. When the two cases begin to have too much in common, Nick searches for the link. Only to find out that he himself might be the link.

Some of Marshall's Favorite Things:


Favorite Books: Dave Brandsetter series by Joseph Hansen, Henry Rios series by Michael Nava, the complete works of Michael Connelly, P.S. Your Cat is Dead by James Kirkwood, Tales of the City by Armistead Maupin, Borrowed Time by Paul Monette, Pride and Prejudice by Jane Austen, Maurice and Howards End by E.M. Forster, and all of Michael Connelly.

Favorite Movies: What’s Up Doc?, Notting Hill, Bridget Jones’ Diary, The Maltese Falcon, The King and I, Four Weddings and a Funeral, The Bird Cage, and Pride and Prejudice (2005).

Music: Very eclectic. Showtunes. Classical. Light Jazz. I have a real weakness for odd artists doing classic covers, things like Willie Nelson singing “Someone to Watch Over Me.”


Thanks for celebrating with us. Come back next week for more of Marshall's books, five little known facts about this awesome author, plus another chance to win!