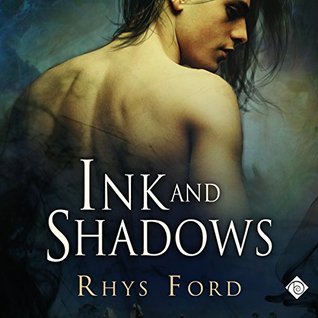 Kismet Andreas lives in fear of the shadows. For the young tattoo artist, the shadows hold more than darkness. He is certain of his insanity because the dark holds creatures and crawling things only he can see—monsters who hunt out the weak to eat their minds and souls, leaving behind only empty husks and despair.

And if there’s one thing Kismet fears more than being hunted—it’s the madness left in its wake.

The shadowy Veil is Mal’s home. As Pestilence, he is the youngest—and most inexperienced—of the Four Horsemen of the Apocalypse, immortal manifestations resurrected to serve—and cull—mankind. Invisible to all but the dead and insane, the Four exist between the Veil and the mortal world, bound to their nearly eternal fate. Feared by other immortals, the Horsemen live in near solitude but Mal longs to know more than Death, War and Famine.

Mal longs to be… more human. To interact with someone other than lunatics or the deceased.

When Kismet rescues Mal from a shadowy attack, Pestilence is suddenly thrust into a vicious war—where mankind is the prize, and the only one who has faith in Mal is the human the other Horsemen believe is destined to die.

Full Disclosure here...I listened to this audio book for 2 reasons and 2 reasons only...1. it was written by Rhys Ford & 2. it's narrated by Greg Tremblay because I'm telling you this is so much 'NOT' my type of book but...Rhys Ford? Really, there's no way I was going to never read/listen to this story. I admit I've owned the book for a while but...damn when I saw it on audio, well...willpower I has none. Thank heavens because I loved it...I really and seriously loved it.

This is a bit of urban fantasy with a dash of horror with a smidgen of romance and a solid dose of good vs evil...and don't be to hasty thinking you know who the bad guys are because you will probably be wrong...just sayin'.

The main characters in this story are 'The Four Horsemen'...

We have Death, War, Famine and Pestilence, otherwise known as Shi (only War can call Death by this name though), Ari (you guessed it...War), Min (short for Famine) and Mal (more commonly known as Pestilence) and a young heroin addicted, tattoo artist named 'Kismet' who happens to not only see ghost and other 'otherworldly' things but he comes complete with his own ghost...that of his little brother...and that's a story all on it's own.

While this is by no means a romance story that by no means is meant to imply that there is no romance here because War and Death...well let's just say there's some definite history there and Kismet and Mal have so much potential. Kismet's ironically far more street savvy than Mal and these two are adorable together even if Mal has yet to fully realize that his feelings go beyond friendship where Kismet's concerned. Mal is by far the most innocent and sweetly naive horseman ever! to attend an apocalypse...I'm not sure how he managed that one.  Add in the fact that much of what happens in this story is directly attributable to love and while it's not a romance story there's definitely a lot or romantic implications.

I can't say that this will be on my '10 Best Books'  for this year...mostly because I've been lucky and read a lot of really good books this year. It is easily one of the most unusual and surprisingly good books that I've read this year.

I was honestly surprised at just how much of this story I enjoyed. I loved the spin that it gave to the concept of 'The Four Horsemen', I loved...seriously, I LOVED War...he hands down win's the award for book character with the driest sense of humor EVAH!!! I admit it my sense of humor is a little wonky at times and I clicked with War his comments were so spot on and in contrast to him...Death worked. He was the ideal contrast to War. Their personalities played off of each other to perfection. War's sense of humor was witty, sarcastic and often dryer than a James Bond martini.

Ok, enough about War...you get it, right? He was my fav. The other thing I liked about this story was the plot which I can't really say a lot about specifically because...pretty much anything beyond the blurb is going to spoil things so I loved the story line again it was filled with some twist and turns that gave a fresh touch to a whole lot of age old and traditional characters all done up in a modern day setting.

So wrap up all of this in an audio book narrated by the incredibly talented Greg Tremblay and should I have been surprised that I loved this book a whole lot more than I was expecting to? No, but I was and the only thing I'm left wondering now is...when is the next book being released? And how soon can I get it on audio?

Buylinks are provided as a courtesy and do not constitute an endorsement of or affiliations with this book, author or booksellers listed.