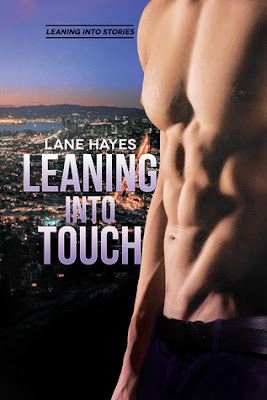 
Josh Sheehan is unlucky in love and now… newly unemployed. He’s not sure what to do next, but he’s sure he should give up on romance. Especially after last time. His friends warned him that falling for the hunky Irishman was a bad idea. Josh can’t help feeling torn even though he knows it’s best to move on. But when an unexpected dose of family drama blindsides him, Josh finds himself leaning on the one man he’s supposed to forget.

Finn Gallagher is driven by success. He makes no secret that building a name for his tech company is his number one goal. Finn left home a decade ago with a ton of regret, a heavy heart, and a vow to never repeat the same mistake twice. However, there is something undeniably appealing about the self-deprecating man with the silly sense of humor that makes it difficult for Finn to remember why falling for Josh is a bad idea. It soon becomes clear they’re both in deeper than they intended. There is no way to remain untouched. And there is so much to gain, if they’re brave enough to lean in.

Josh and Finn's story begins a year after their break up. But can you break up with someone if you were never together in the first place? Six months of dinners and sex, then a year of silence.

The first time Josh sees Finn again is on the last day of his job as an assistant museum curator. Finn walks in with a gorgeous woman on his arm—and she's wearing a ring on her left hand.

Finn assures Josh that the "engagement" with Scarlet is fake, a sort of friendship with benefits (i.e., being each other's beard). I don't like this story line in romance. I find it abhorrent, truth be told. I have no idea how people think they can fake it in public for the long term. To be fair, though, Scarlet had her own reasons, and she wasn't holding Finn back. Finn was using her as a crutch.

Josh initially refuses to sleep with Finn, but his resolve is weak. Finn is gorgeous after all, and then there's the sexy Irish accent.

Josh is an eternal optimist. He laughs easily and doesn't hide his feelings. He's pretty much incapable of resentment or deceit. I loved Josh!

Because this is Josh's story, I didn't fully connect with Finn. I thought he was hot as hell and a demon in bed, but his guilt and shame were too much at times. When Finn got in too deep, he walked away. Too bad you can change your skies, but you can't change your heart.

It would have been easily to dislike Finn; he wasn't always honest, with himself or others. But his behavior came from a place of insecurity and fear, not arrogance and conceit.

I was proud of Josh for not settling for less than he deserved. Finn needed that push to finally see what was right in front of him.

Leaning Into Touch is a lovely story about finding your way and learning to trust. The epilogue made me smile.

I don't recommend reading this book as a standalone; read at least book 2 first (it remains my favorite of the series).