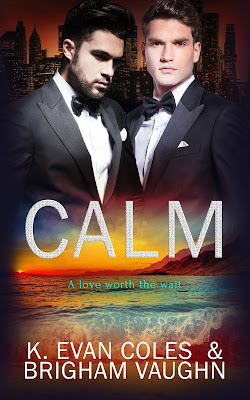 
A love worth the wait.

When Riley Porter-Wright comes out as bisexual and confesses his feelings for Carter Hamilton, it severs their friendship. Carter’s rejection forces Riley to move on and he’s shocked to learn Carter’s marriage has fallen apart.

Overwhelmed by his failure as a husband and father, Carter misses Riley, but feels guilty for disappearing after Riley's coming out. After Riley extends an olive branch, the former friends agree to repair their relationship.

Slowly, Carter pieces together a new life. He admits his attraction to men, and confesses his feelings for Riley. Leery of Carter's initial rejection, Riley turns his focus on a new man, Will Martin.

Riley and Carter’s renewed rapport intensifies, and Will becomes insecure. Will's resentment increases until he issues an ultimatum, forcing Riley to refocus his energies away from Carter.

Disappointed, Carter fosters new friendships with men like Jesse Murtagh. Aware of the changes in Carter’s life, Riley is uncomfortable knowing Carter has moved on.

Carter and his ex-wife, Kate, navigate new waters as their children learn their parents are dating other people. Will can’t deal with his jealousy and ends his relationship with Riley.

Unattached for the first time in years, Riley and Carter slowly transition their friendship into a relationship. Carter comes out and leaves his job, accepting the reality of being disowned.

Riley and Carter go public with their relationship, but worry the fallout will affect their families. Drawing strength from each other, they meet the challenges of being an out couple head on.

Publisher's Note: Wake, the prequel to Calm, is available to order and download now. 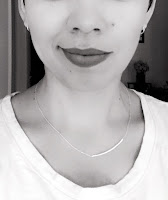 K. Evan Coles is a mother and tech pirate by day and a writer by night. She is a dreamer who, with a little hard work and a lot of good coffee, coaxes words out of her head and onto paper.

K. lives in the northeast United States, where she complains bitterly about the winters, but truly loves the region and its diverse, tenacious and deceptively compassionate people. You’ll usually find K. nerding out over books, movies and television with friends and family. She’s especially proud to be raising her son as part of a new generation of unabashed geeks. 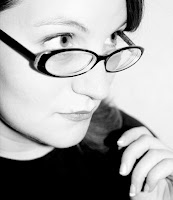 Brigham Vaughn is starting the adventure of a lifetime as a full-time writer. She devours books at an alarming rate and hasn’t let her short arms and long torso stop her from doing yoga. She makes a killer key lime pie, hates green peppers, and loves wine tasting tours. A collector of vintage Nancy Drew books and green glassware, she enjoys poking around in antique shops and refinishing thrift store furniture. An avid photographer, she dreams of traveling the world and she can’t wait to discover everything else life has to offer her.