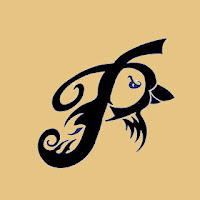 Welcome to the world of Undercover Peckers. Where love is instant the moment you find your mate. Where there’s only one true pecker for every man. Where the sex is so hot it will singe your tailfeathers. Where bird watching is both a recreation and a preoccupation—that usually leads to feathers flying. Let Simon and his avian shifter mate Jay lead you through this world of sinful and ridiculous exploration.

I can’t say exactly how the Pecker world came about and neither can Sam. The only thing we are sure of is that we were on a dead people road trip (That’s a story for another time) discussing her brother in law getting a ticket for Jay Walking while in California. I was shocked to learn that the fine for such a violation was $250 bucks!! Any whooooo seven hours in the car together laughing so hard Sam could barely drive and I nearly pissed myself (on more occasion than once) the pecker series was born. The first three books were written in between our personal stories. She and I both tend to write angst and writing these quick tales was a great way to lighten our mood after a deep scene or simply when we needed a laugh. Life has gotten in the way as of late. I currently have more time on my hands than Sam so for now, I’ll be taking over the pecker series but I’m sure Sam won’t be able to stay away forever. So, if you’re looking for some light humor and romance, I hope you’ll give Tufted & Tatted a try. The world needs more peckerologists ☺ 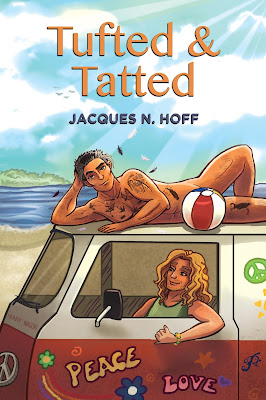 Freed from the Australian zoo where he was the subject of forced breeding experiments, Atticus makes his way to the tufted puffin grounds in California, only to find he may not be free after all. Atty is a loner, but he doesn’t want to fight the pull of a flighty surfer who gives his inked skin a pleasant, uncontrollable itch.

Scott has the sun on his face, the waves beneath him, and gratitude for every second of life he gets to embrace. Then Atty appears, and it’s like the universe has tuned his meditation bell to the perfect frequency.

The Tiki Pro surfing competition in Florida is calling to Scott, and Atty agrees to make sure Scott gets there safely. A cross-country road trip in the Hunny Wagon seems like a perfect way to live in the present and get tantric all at the same time.

But they aren’t making this trek alone.

I waited for a looooooong time to get the 4th book in this hilarious and entertaining series, and it felt like even longer because we were left with Atticus being rescued in book 3, and I needed to know how his story would unfold.Atticus, or Atty, is a Tufted Puffin. They look like this: 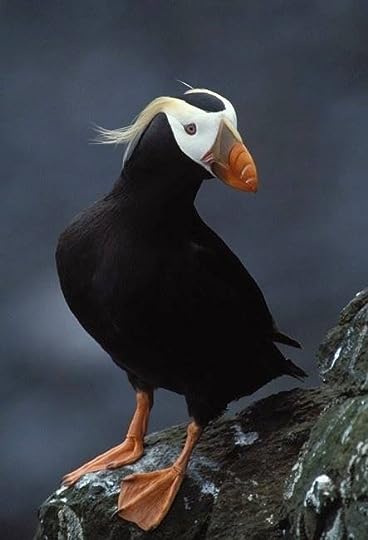 Cute little bird, right? Check out the long blond tufts, which translate into long blond tufts when Atty is in his human form.Poor Atticus has been kept in a zoo in Australia, in a cage, drugged for most of the time, when not supposed to be mating with a female Puffin (he adamantly refused), but fear not, rescue is underway, with help from Mickey or whatever his name du jour is, our Masked Booby, and his mate and Atty's friend, Irwin. Finally free, on the California coast, Atticus shifts to human and immediately lays eyes on Scott, surfer dude.

Hello, mating bond.I giggled a lot, as usual with these books, and Atty's need to be close to Scott was delightful. Shenanigans ensue, obviously. Someone might be following them. Could be the nasty people from the Zoo who tried to force Atty to mate with a bird, or could be someone else. Scott, sweet surfer dude Scott, with his Hunny Wagon, has a brain condition after a serious car accident, that makes him unable to remember almost everything unless he writes it down. Needless to say, the mating bond works both ways, and upon seeing Atty, Scott immediately makes a note so he remembers him.
These are novellas, so there's not a lot of world-building or explanation for anything, nor is there a long road to romance and ILYs and some hot smexing, but that's not a detriment. I love how the author gives each human/bird a specific personality that fits with the actual bird's behavior. Research was done here. Back to Scott - the brain injury has another impact. When Scott sees Atty shift for the first time, his brain kind of shuts down, and he immediately forgets, but it seems to physically hurt him. This happens more than once, and after a few times, Atty figures out that in order to be with Scott and not hurt him, he needs to give up his love of flying like a bird. I kind of didn't like that - flying, soaring in the skies, was a huge part of Atticus, and I wish this had been handled in a different way that didn't require one of them to give up so much. We do find out a few things about Scott though, and a few about Atty's origins as well. Some avian shifters are hatched, apparently, and some are born as humans and then shift to birds. The book doesn't delve into why that is, and I hope we'll find out more in future books. This was a fun, snarky, and somewhat bitter-sweet insta-lovish (True Mates!) romance, with a bit of action during Atty's daring escape, and even some suspense as to who is after them. The resolution of that part of the plot - hahahaha. I need another Peckers book, pronto! Also, I still giggle when reading the author name. If you haven't got the joke yet... say it fast, three times. ;)** I received a free copy of this book from its publisher for an honest and fair review. **

My father told me all about the birds and the bees. The liar. I went steady with a woodpecker until I was twenty-one. I now travel the world in search of the hottest pecker—in tandem with my best friend Simon Spoonwell and his blue jay partner Jay Azure. What you read here is all true. Well, at least in the world of UCPeckers it is. Wherever you see peckers, you may just find me there.