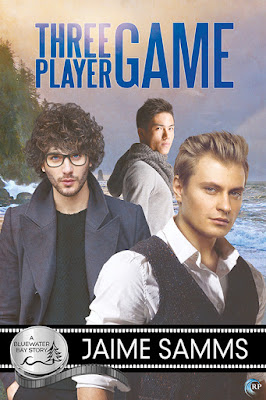 Vince’s life has improved immeasurably since he moved to Bluewater Bay two years ago. He’s gone from working for a man he hated, to helping found a company he believes in. And he and his boyfriend, Pete, have built a delicate balance of power between them that keeps them both grounded and thriving.
Almost, anyway.

Pete’s job on the set of Wolf’s Landing is demanding. He needs lots of downtime off set, and that’s where Vince’s firm but gentle control isn’t always enough. And for Vince, Pete’s constant high-energy needs are turning out to be more than he can handle alone.

It’s no surprise to either of them, then, that sparks fly when Vince’s coworker Lee enters the picture. Outwardly, Lee is tough and confident, but when a bad back confines him to Pete and Vince’s spare room, the cracks start to show and his desire for connection begins to peek through.

Pete and Vince both like what they see under Lee’s prickly outside, but now the three men must learn that love isn’t about beating the game—it’s about balance, trust, and letting each other in.


Making it All Fit

When I wrote Cookie Crumbles, I introduced a character, Lee Bradshaw, who was a bit of a dick. He gave Blaire a hard time and was harsh with Vince when Vince made the mistake of trying to spy on Blaire for Blaire’s father, Oscar.

Vince was inexperienced in office politics, and Lee had seen it all—and then some—before. He had no use for the wet-behind-the-ears kid invading his turf. Then Oscar cut them all loose when Blaire failed to conform. Not for the first time in his life, Lee found himself adrift, with no one to have his back.

I wanted Lee to find someone he could count on. Someone to keep him. But Lee is complicated. He needs to be in charge, and yet, he needs a firm hand, rules, someone who can make him stay when he wants to run, speak when he wants to clam up, and to keep him calm when his fears make him anxious and snappy.


It wasn’t hard to imagine Vince as a guy with a lot to give to someone keen to bend to his will, but the only thing Lee ever learned about giving in to another’s will was that he eventually got hurt. Better to keep Vince on his heels by keeping the upper hand over him in the office.

It wasn’t until I figured out that Vince already had the soft and pliable guy he wanted at home, that I began to see a way out of the dilemma. How to get a guy who’d been forced into an alpha role for survival, to give that up, even temporarily, to someone else? Especially someone he’d considered an inferior up to that point?

Give Lee someone he can’t be mean and prickly to. Pete, who is never anything but kind to him, but who needs more attention than one man can reasonably give him, just to keep from flying out of his own skin, offers Lee that measure of control that he needs.

With his soft, gentle, kindness, and his willingness to let Lee be whatever Lee needs to be, Pete leads by example. Turning his soft underbelly to Vince’s control, Pete is the guide to opening up and learning to love that Lee never had in his life. Vince offers the safe shell inside which Lee can be vulnerable without fearing he will get hurt for his trouble.

There was never going to be one man for Lee. He needed someone who could love him, and be strong enough to let Lee have the control he needed, as well as someone fierce and loyal enough to break through Lee’s armour and offer him safety in his own submission, the chance to let go of his jealous control over every little thing so he could just be.

It took two men recognizing Lee’s need to be claimed and kept to find Lee’s true story and let him be the prickly, confident, damaged, healing, sweet, surly perfect bastard that he is. 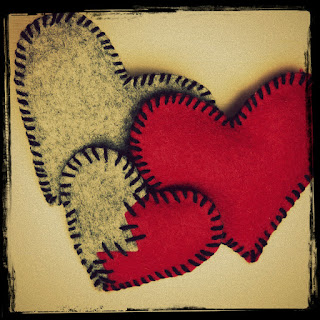 What one thing do you hope to see in a romance that tells you it’s all going to be okay for the characters—or yourself? Comment below with your romance wish, and we’ll enter you to win a copy of my first Bluewater bay book, How the Cookie Crumbles, as well as a $10.00 Riptide gift certificate.

All the names will be “put in a hat” so to speak, and the draw made at the end of the blog tour.

These days, you can find plenty of free reading on her website. She also writes for Various Publishers.

To celebrate the release of Three Player Game, one lucky winner will receive an ebook copy of How the Cookie Crumbles and a $10 Riptide credit! Leave a comment with your contact info to enter the contest. Entries close at midnight, Eastern time, on August 19, 2017. Contest is NOT restricted to U.S. entries. Thanks for following the tour, and don’t forget to leave your contact info!